Facial spoofing, how to avoid identity theft by face

Andorra is running out of space for so many people. And it doesn’t have very good solutions

By EzraSeptember 22, 2022No Comments4 Mins Read 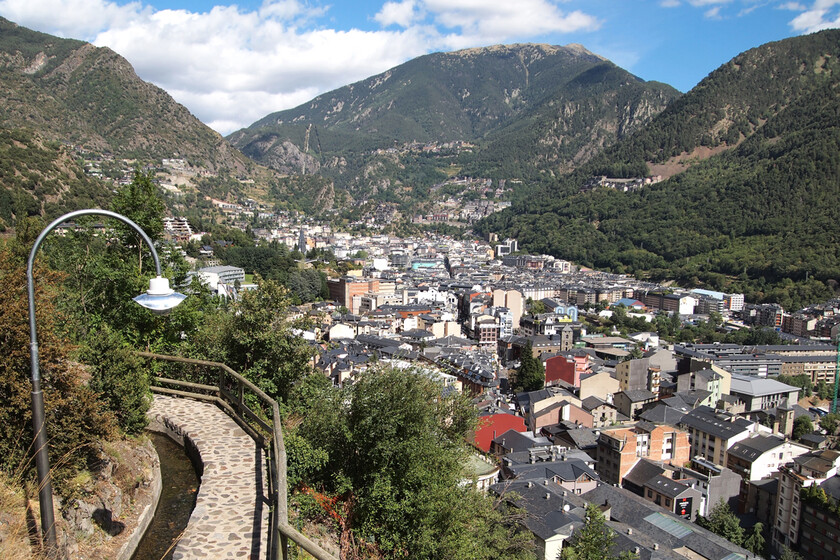 Andorra is experiencing a real estate boom in the form of massive housing construction. The reason is the increase in arrivals of new residents seeking to settle in the country. The trend accelerated with the pandemic as the rise of teleworking has allowed many more professionals to make Andorra their residence. However, the main attraction continues to be taxation, with VAT, personal income tax (with a single bracket) and company taxes set at 10%. And well, then there is culture, safety, the good level of schools and health centers and nature.

All this is compounding a problem that the country has been smelling for quite some time: more people are going to live than they have the capacity to absorb. And to meet the high demand, they are building a lot of housing unable to prevent prices from rising through the roof.

Andorra fills up. According to data from idealista, in the last year the search for properties for sale in this country of just 80,000 inhabitants has increased by 99.1%, more than in the whole of Spain. The country mainly attracts employees from the technology sector, youtubers (we already talked about the stir of ElRubius), businessmen and also property investors. And by nationality, Spanish (50%) and French (30%) stand out, but also many from Belgium, Holland and northern Europe.

The first 20-storey apartment towers are currently being built, a novelty in its real estate market that has had to modify the current legislation to do so. Until now they were low-rise buildings, but the lack of space is forcing them to change their urban planning. Keep in mind that until now, most were looking for a vacation home, but now 50% are looking for permanent residence.

In a Twitter thread, a user complained that there is no housing for low-wage workers. “Shared flats are starting to proliferate, bordering on flats-patera level,” he pointed out.

Taxes, much lower than those of Spain. And it is not that the country makes it difficult for investors. When buying a home in the Principality, the main tax is the Property Transfer Tax (ITP), which is 4% of the purchase price and is settled at the time of formalizing the sale. In addition, if you buy your first home, you can request a reduction in ITP and notary fees are also lower than in Spain.

But it is not only the facilities related to housing: although they have had personal income tax for a short time, it is much lower than in our country, 10% for the highest incomes, compared to 46.5% imposed by Spain. And then there are the current expenses in Energy or Education: textbooks are free and electricity is also much cheaper.

Solution: stimulate the rental market. In order to curb the trend of rising house prices, the President of the Government of Andorra, Xavier Espot, has recently announced new measures to “stimulate” the rental housing market at an affordable price and facilitate access to housing not only to wealthy families moving to the region, but to the residents themselves.

For this reason, it is going to put a stop to the price of rentals and it will do so based on what wages rise. In other words, the figure agreed to increase wages will be approximately the same as that applied to the increase in rents. Making it clear that “it would not make any sense for wages to rise, for example, by 5% and rents by 10 or 12%”. Although details have not yet been advanced due to the unpredictability of inflation.

And stop the construction. In fact, regarding the lack of space, the Government wants to approve a law that will put a stop to construction by modifying the Land Law while a study is carried out by the Ministry of the Environment and Housing, which is essential to obtain the construction license during the next year. Although the authorities of Andorra La Vella point out that construction will not be limited, but will help make it more orderly. That is, a load study, to see how far they can grow.

A call for joint action on climate change

Facial spoofing, how to avoid identity theft by face

A new free game is coming to Xbox