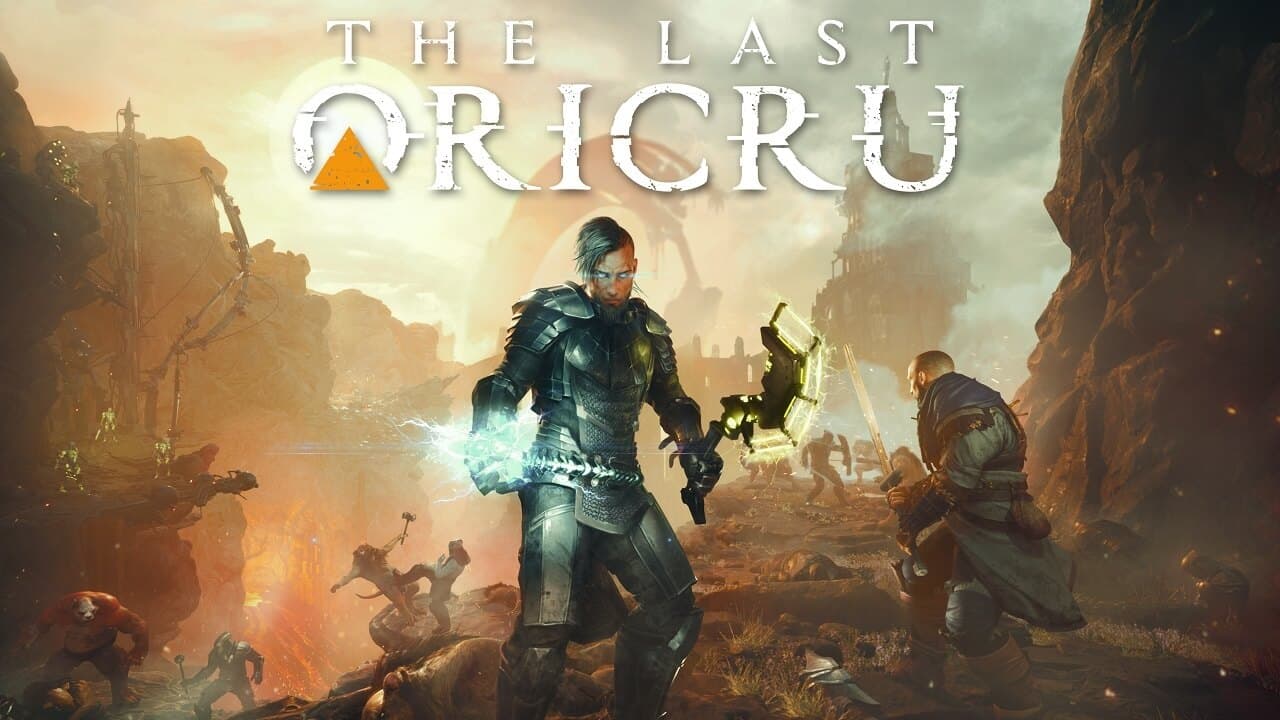 I had an interesting time doing the review of The Last Oricru on my Xbox Series X, as I have found an experience that can be further refined but offers something that fans of souls-like and RPGs with strong narrative content can appreciate. The Last Oricru is an action RPG that takes elements from Souls-type games, although these elements don’t feel very organic.

There is something special about AA games and that is that they usually give you an experience in which you only have to dedicate yourself to playing. There is a cost to this, and that is the fact that they are usually rudimentary games, especially in graphics and in regard to some technical issues. And The Last Oricru is no exception to this. But if you know these limitations, and accept them, you can find in this class of games a great experience.

The Last Oricru is a story about a war where you don’t know who the bad guys are. It is a mixture of science fiction with fantasy. The protagonist is Silver, a totally out of place human, who wears a belt of immortality. Together with Silver we find ourselves mixed up in the middle of the drama of the war. The game manages to introduce you with a good rhythm in a deep and clear narrative.

Index hide
1 Decisions are final
2 The fight
3 Souls-Like Items
4 Graphics and Sound
5 Conclusion of the analysis of The Last Oricru
5.1 The best
5.2 Worst

What most distinguishes The Last Oricru is its intricate branching narrative system that rewards decision-making of the player. And this I wanted to highlight in the first place, because many games sell the idea that the player’s decisions influence the game’s history. However, many fall short of their promises because it is rather small dramatic arcs that ultimately lead to the same point.

The same cannot be said for The Last Oricru. the game is set in a devastating war in Wardenia, world where the story takes place. And in that scenario there are factions where there are neither bad nor good. You really feel that all the characters involved have good reasons to be at war, and you have to take a stand. There are no good or bad options for players, only options with different results.

What you choose will have a impact on the story and on your position with the three factions available in the game. Which implies that some will be hostile and others will not. And that can vary as you decide. Something important is that the game does not allow manual saving, what you decide is final. This is definitely annoying, but it also makes sense with the game’s approach, and works as one more mechanic.

The story and the power of decisions are something that will make your experience with The Last Oricru special.

Many companies have jumped on the open world gaming bandwagon in recent years.…

The Last Oricru is not a game where you dedicate yourself to dialogue. In fact, although we are dedicated to making decisions, these have direct implications on who our enemies will be, which translates into who we will have to fight against. Now, I’d like to say that the combat is just as satisfying as the decision system, but no. In fact, I think the point is that this is where the problems with using souls-like mechanics begin.

The Last Oricru employs a combat system similar to that of Souls. You have light and heavy attacks, a stamina bar, abilities, and magic that players can unleash if they equip the right gear. You will be able to cover yourself for certain damages, and not for others. Now, in Dark Souls or Elden Ring, the key is the refinement of this combat. While here things do not work so well.

Read:  Wukong shows the fighting and its spectacular world

The problems have to do mainly with the controls of the game: camera movement felt floaty and overly sensitive, the attacks are imprecise. Although it’s not that it doesn’t work at all, in fact, it works enough so that the game doesn’t become boring or impossible for you. But it could have been much better.

There are several elements that The Last Oricru takes from the Souls. For example, instead of bonfires we have some points called terminals that although they do not serve to save, they recover your health and mana, and restart the enemies. Terminals are also the point where co-op starts. On the other hand, in this game you don’t have souls, but essences, which are used to level up, and which are lost if you die.

Also the level design is inspired by the Souls, and you feel that from the first moment because you usually go through interconnected areas full of passageways. Each zone has a unique look and theme, such as the different faction cities and the huge bridge that links them. The bridge area, in particular, stands out for being subjected to an immense siege and confrontation between the warring factions.

Last updated on 2022-09-24. Prices and availability may differ from those published. SomosXbox may receive a commission from your purchases. More information.

Among the inspirations they draw from the Souls, the best they have left were the level designs, but the other elements were not up to par. I feel that even the game loses identity with the mixture of these elements, who constantly feel out of place. I also wish there was a map, or fast travel points to add to the experience.

The Last Oricru is no exception to the AA rule and It has decent graphics although in many cases insufficient. The facial expressions of the characters feel robotic, although they work. What bothers the most in general is the hair, wherever it is located. All in all, the art style of the game is strange but works well overall.

Sound-wise, the game works. But I have to say that I have a problem here and it’s not really with the dubbing but with the tone that was given to Silver. In general it was done to me as if a haughty hipster has been stranded in a fantasy world and science fiction. And this is felt both in the dialogues and in the tone of voice chosen for him and the performance in general.

Conclusion of the analysis of The Last Oricru

The Last Oricru is a game with some bright elements and others quite sketchy. The game offers combat that works, a good co-op system, and an engaging story. Its best achievement is in the branching narrative system that develops through the player’s decisions. Local and online co-op is satisfying and helps you have a good time with your friends, plus it’s well thought out to make it work.

While the story and its decision system work, and the graphics, sound, and combat deliver, the Souls elements feel alien to the game’s identity, and sometimes take you out of the experience. I think this game shows that there is a talented team behind trying to make games on a limited budget, and that should be appreciated. The overall experience with The Last Oricru is positive and it is undoubtedly an option for those who like RPGs.