By CooperSeptember 27, 2022No Comments7 Mins Read 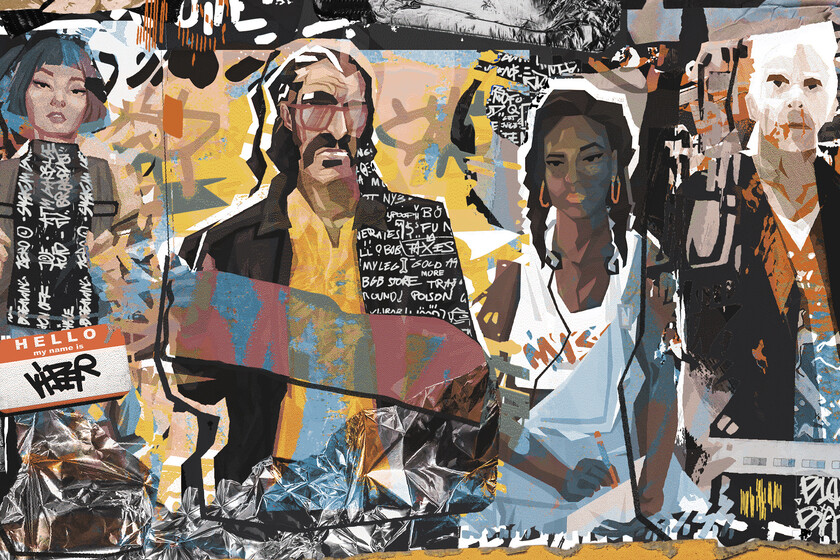 There are thankless jobs, which at first glance no one would want to do. All very worthy listen and my respects for those who exercise them, but we all have prejudices when it comes to putting corpses in a bag. Nevertheless, Serial Cleaners It has shown me that even cleaning blood off the floor can be entertaining.

The sequel to Draw Distance comes five years after dazzling with a title that received a successful reception. With a renewed visual section, the story of Bob C. Leaner continues to open the range to new promises, deranged applicants and agile cleaners. Now it’s a matter of four.

It is enough to take a simple look to appreciate the differences with respect to the work of 2017. Serial Cleaners has radically changed its artistic direction thanks to the inspiration taken from the works of Jean-Michel Basquiat. The urban art and postmodernism They completely flood every screenshot of the game.

In this way, the minimalist line is abandoned, more corseted in the modest budget of the first installment. This means that everything acquires greater detail, more definition and a more visually elaborate complexity. Just as this section stands out with an explosion of creativity, so does the plot that Bob C. Leaner continues to lead.

His role is that of the mastermind, a true follower of the crime scene cleanup method, but this time he won’t be alone. Vip3r, Latisha and Hal They will be the companions in this story that will take us to the past of each one of them, about how they went from inexperienced thugs to real nightmares for the police.


The 80s and, especially, the 90s will be the ones that will show the experiences lived by each one of them. Different from each other, but united by a common cause that surrounds the mafia and that will allow us to make small decisions. Nothing especially important, beyond choosing the dialogue option we want or deciding which memory we want to explore on each occasion.

All in all, there are very obvious inspirations to unforgettable movies within the mafia genre. Fargo, Reservoir Dogs, Pulp Fiction or Scarface there are several examples of this, recognizable for any lover of this cinematographic aspect.

The objective is clear, simple and quite sticky: arrive at a crime scene littered with corpses, absurdly soaked in blood, make the evidence disappear and clean everything without the police knowing that you have been there. To do this, we will have a fundamental tool such as our beloved vacuum cleaner, always ready to clean the floor.

Either carrying the body on their shoulders or dragging it on the ground, each of the bodies must be taken to our car or, failing that, thrown to a place where they can never be found. All this through an isometric perspective, with radar included, which offers a panorama of about evolving scenarios.

Now we have several layers, both interior and exterior. We are talking about multi-storey buildings, with a lot of verticality and full of ways to go through them, sneak through small holes or move objects to block the passage. An evolution from which all the characters benefit, but especially Latisha.

And it is that each of the characters that we will control will have unique abilities. In the case of Latisha, we will come across the only protagonist capable of taking full advantage of this characteristic of the scenarios. She jumps, climbs and slides with no problem. We also have Hal, a disturbed always on the brink of instantaneous collapse and that he carries a chainsaw capable of dismembering the bodies. You know, it’s easier to take the limbs one by one.

Vip3r is the faithful reflection of the era in which it is located Serial Cleaners. Computer savvy, their levels are filled with computers to hack, vents to crawl through, and electronic distractions to create. Finally we have Bob, the most balanced of all, old-fashioned and extremely efficient.

Read:  How can we get the Golden Scarab talisman in Elden Ring

Despite their differences, they all share the common ability to render police officers unconscious for a few seconds. Whether with a leg or with one of the tests, those moments will be key to clear the path They patrol tirelessly. How could it be otherwise, the forces of order will try to catch us in every way.

At first they will not notice our presence, but as soon as we make too much noise or enter their field of vision, we will have annoyed them. While we do have a circle that shows how far the sound we make goes, it’s a shame the guards’ cone of vision has been lost.

There is a visual indicator that shows what level of suspicion we are causing, but it is difficult to determine exactly at what distance they will begin to see us. With all main drag is the enemy AI, which is ridiculously easy to get around. We can circumvent security very easily, so there will come a point where it sometimes pays more to run than to be cautious.

And it is surprising, since it has very realistic reactions. If we leave a door open that wasn’t open, they’ll raise an eyebrow. If a piece of evidence or a corpse has been moved, they will doubt what is happening. It is as gratifying to see these reactions as to verify that they do not alert anyone to the situation, leaving us in peace. Nor can we forget that they can get stuck at some point and remain blocked without remedy, although it is unusual.

Serial Cleaners It offers us several challenges during a game that will take us around five hours, depending on the skill we have. And that is the experience we will have, since replayability is zero for a title that cries out for more goals.

It doesn’t matter how many times we get spotted by the police, if we get shot at, or if we consistently miss. The only penalty will be to start over from the last save point, which again boosts the tendency to abandon the stealth section.

Secondary goals are few, so it quickly comes down to being a cleaning pro, repeating the process over and over again. Yes, it is appreciated that, in certain scenarios, we can exchange between some characters according to the needs we have.

When it comes to covering a sequel to a successful title, there are two possible paths to take: be even more ambitious or completely change course. The Draw Distance team has opted for the first option and of course they have achieved it in many sections, especially in everything that refers to the visual level.

The possibility of interspersing between several characters, each with their own plot, mechanics and even winks on screen to their personalities adds up a lot. All this interspersed with a plot that drinks directly from the classics of the mafia world, but always with a very convenient aroma of humor.

With everything, Serial Cleaners does not smooth its own rough edges. Getting around enemy defenses is practically a joke and the stealth component is diluted. So does the proposal to clean crime scenes, as no new mechanics are introduced after the start of the game, taking away freshness.