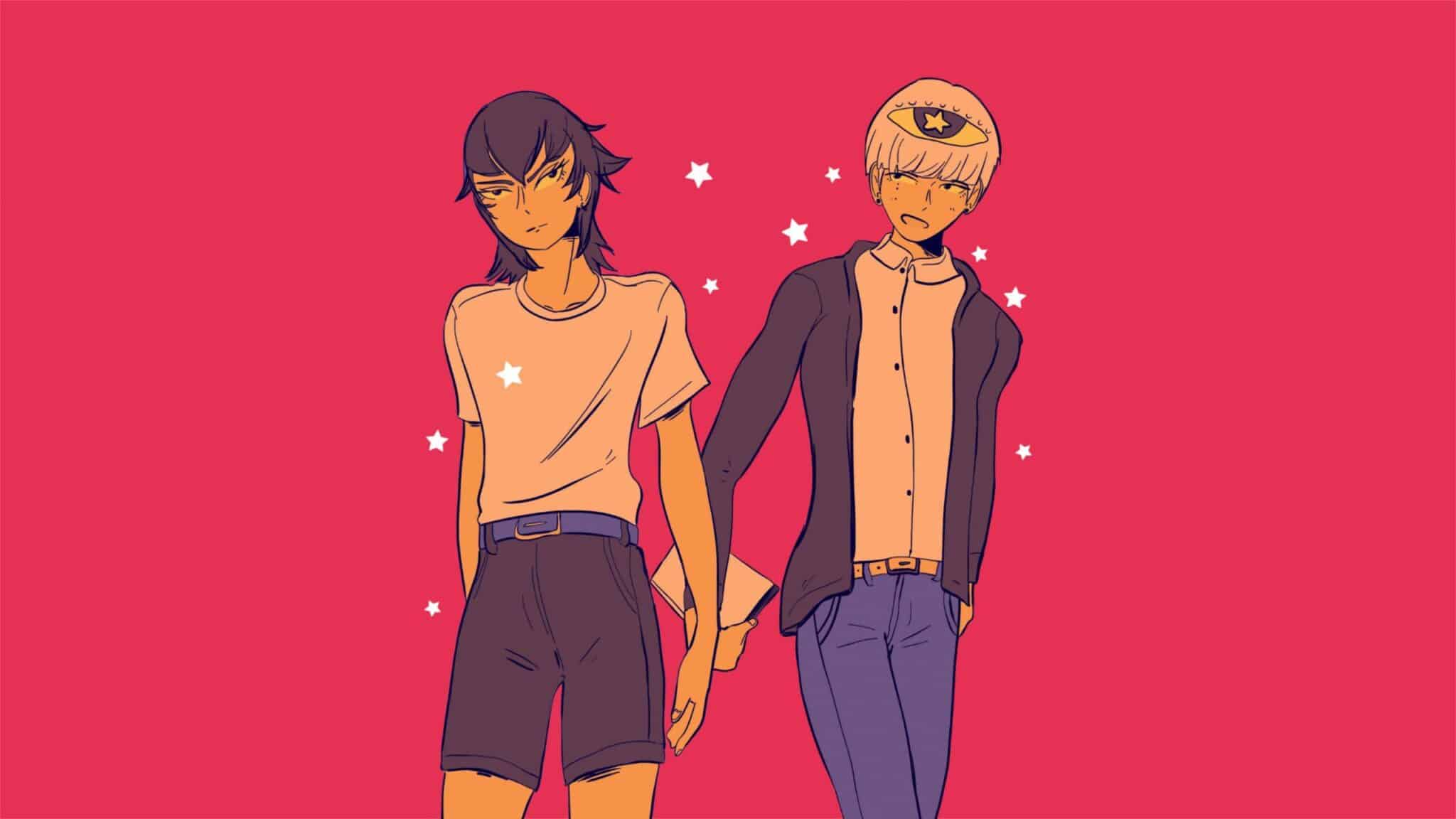 The indie scene is almost always responsible for bringing us the freshest ideas and most unconventional topics in the video game industry. Today we have precisely before us a representative of this field. And it is that in our analysis of Milky Way Prince – The Vampire Star for Xbox Series X We have been able to experience something different than usual. Toxic relationships, mental health, homosexuality, and other topics have a place in this peculiar visual novel by the versatile Italian artist Lorenzo Redaelli, which we’ll talk about in depth today. What did we think? Is it recommended for all types of audiences? Join us to find out the answer to this and other questions.

Milky Way Prince – The Vampire Star seems to contain all the elements of a very personal, almost autobiographical work of its author. The closeness and credibility with which the two protagonists, Nuki and Sune, are presented to us, speak about the story that could be behind Redaelli himself, but with which many others also they can feel identified. The title edited by Santa Ragione plunges us fully, in the first person, into the relationship between two young boys during a summer. And he does it with all the edges and connotations that may exist in current relationships: toxicity, dependency, lack of self-esteem and even delves into mental health problems that are so widespread among today’s youth.

The game itself, when starting it for the first time, warns us of graphic and explicit representations of some of these behaviors. In that sense, it is difficult to pigeonhole Milky Way Prince – The Vampire Star into a single section or genre, but we are going to try to define it so that you know exactly what you are facing if you decide to accept its proposal. Undoubtedly we are facing a visual novel in the first person, since we embody Nuki and we see everything through their eyes (his room, the places we move around, Sune himself). It also contains point and click elements, since we can interact with different elements of the environment. And, finally, all of this is combined with decision-making, lots of fantastically written and localized dialogue in Spanish, and touches of science fiction, metaphors, and even psychological horror.

In Milky Way Prince, those horror elements they float in the environment from the first to the last second. Redaelli wants us to understand soon that something is not going as it should, hence the magnificent representation of a toxic relationship. A tension that is in crescendo and that can culminate in various ways depending on the decisions we have made along the way.

Read:  Don't miss out on these AliExpress offers of up to 70% off

The work of Italian Lorenzo Redaelli, who directs, scripts and musicalizes the game, is full of symbols and metaphors. Sometimes it is difficult to decode, but that may be precisely the intention of the author. Human relationships are too. The aesthetics of Milky Way Prince – The Vampire Star has obvious references in the Japanese anime. Bet on representation minimalist of the environments, but the character designs are very close to what we see in Japanese manga and animation. Both elements marry well, although it is true that the aesthetics of the characters, very careful, is quite above the rest of the set.

Something similar happens with the sound section, essential in a visual novel in which we have nothing more at our fingertips than what we see, read and hear. The soundtrack is mostly composed of songs performed on piano, also with a very minimalist approach and little present. It is in the ambient sounds where we have found the biggest problems. Many of them seem to be taken from a not very professional database. I know repeat in loop, they are too high with respect to the rest of the elements and, in short, they end up becoming annoying. It can be premeditated, but in that case perhaps the need for its presence should be discussed given the unpleasantness it produces in a player who is enjoying the experience with headphones.

Milky Way Prince – The Vampire Star is a great visual novel. This well written and its characters are believable and very interesting. Anyone can identify with many of the topics covered, but the title also has problems that we cannot ignore. The sound ones are the most obvious, but the repetitive narrative format (starting each day in the same place) slow down your pace even though it’s not a long game at all. We have completed it in about two hours, with quite interesting replayability possibilities. If you like visual novels and offbeat themes, this game is for you. If this genre doesn’t appeal to you, it should be noted that it has more playable elements than most, although it’s still a visual novel. Milky Way Prince seems to follow in the footsteps of other works such as Doki Doki Literature Club! in terms of atmosphere and themes, but far from its level of brilliance. Despite everything, it is a remarkable first foray into video games for the multifaceted Lorenzo Redaelli.