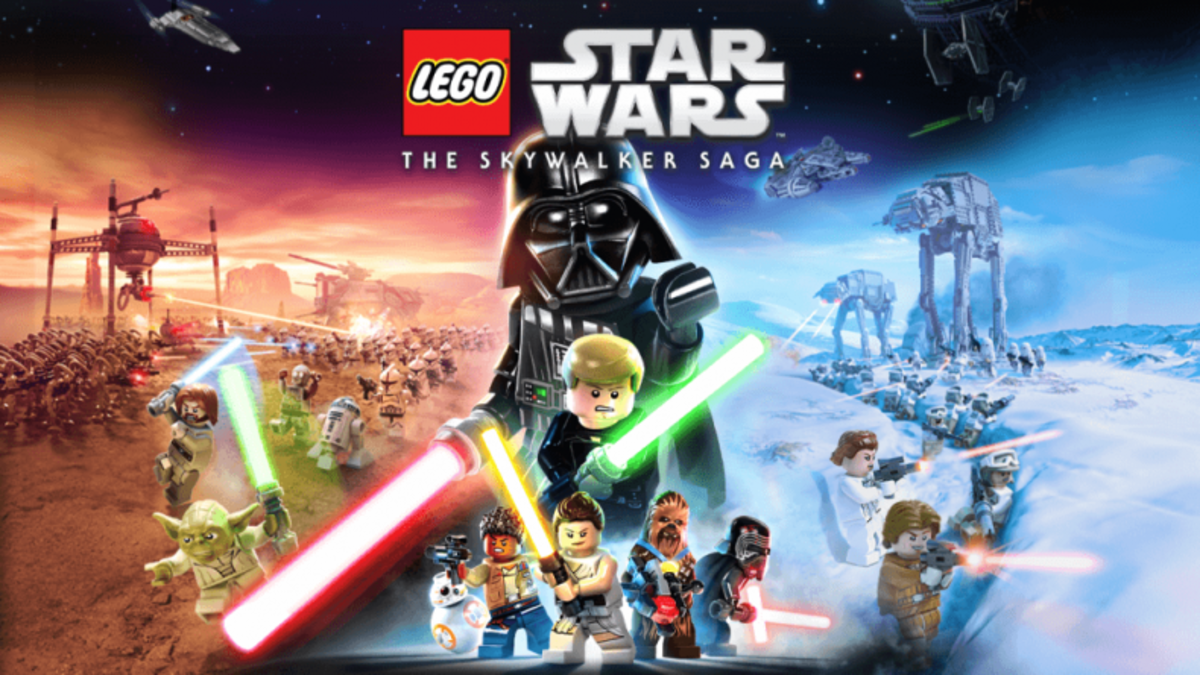 LEGO games have always had a special style. They are the kind of games that take a well-known license and adapt it to their universe, their jokes and their way of understanding what a video game is. One of the sagas that has best adapted LEGO has been that of Star Wars, launching a multitude of games based on that brand, Today we review LEGO Star Wars: The Skywalker Sagawhich is the definitive version of the union between LEGO and Star Wars, a must-have game for family gamers and any Star Wars fan.

LEGO Star Wars: The Skywalker Saga presents us with a game that compiles the plots of the 9 films of the main saga (the originals, the prequels and the sequels of Disney), so we will live the complete saga of the Skywalker. The best thing is that once we have completed the plots of the 9 films, our adventure will have just begun, since the great extra of the game is its free modewhich allows us to explore all the planets of the Star Wars universe and complete various missions in the form of puzzles or assignments.

LEGO Star Wars: The Skywalker Saga: all the information

A story for several generations

LEGO Star Wars: The Skywalker Saga contains 9 “story modes” if we want to call it that, they divide each film of the main Star Wars saga into about 5 phases. We can decide if we want to start with the fourth, first or seventh installment and once we finish the plot of each one we will advance to the next one. So, we can start with ‘A New Hope’ and at the end we will unlock ‘The Empire Strikes Back’ and at the end of that story we will have access to ‘Return of the Jedi’, like this with each trilogy.

Still, what’s interesting about this advance through the movies is being able to unlock open world scenarios and characters that we can later use in free mode of the game. Each episode focused on a movie will take us through the most remarkable moments of it, lasting an hour at most if we get to the point. Between each phase within the episode we will have some more open scenarios that we can explore, thus cutting the narrative rhythm, but if we want to get to the point with the plot of each movie (it is recommended) then we can go back and explore those worlds quietly.

In fact, we usually get a warning that tells us that if we see areas that ask us to access with a character that we don’t have at the same time in the main plot, it’s because later we must return to free mode and use another character there. In this way, the people of TT Games encourage us to get into free mode later, which it is a success when it comes to soaking up the Star Wars universe, its beautiful worlds and multitude of jokes and references to the saga with the typical joke of LEGO games.

Yes, it plays “Duel of the Fates”

One thing we would like to stress is that perhaps recreations of the movies fall a bit short and they are abrupt many times. Normally, as we have said, the levels last an hour (or something less) and breaks are made in the plot or cuts in scenes that are so contradictory to the plot that they end up seeming like a sarcastic joke with the saga itself, something that we do not know if is it done on purpose in the form of humor or is it a narrative error.

Obviously, the typical humor of LEGO games will always be presentboth in an involuntary way as we have just mentioned, and with more easy jokes, white humor jokes or humorous references to elements of the lore of the Star Wars saga, such as who shot the canteen before or why Chewbacca is left without a medal at the end of A New Hope.

Father more if that, Vader

much better in company

Playing solo LEGO Star Wars: The Skywalker Saga is viableespecially if we want to enjoy its adaptation of the movies, but it is clear to us that It is a game that is oriented to play it in company, either with the little ones in the house or with our partner. The pampering of the Star Wars brand is accompanied by an effective gameplay in terms of family games: platforms, action sections, cooperation between various styles of characters…

Read:  League of Legends - Riot Games gives away skin fragments in very simple missions: how to get them

LEGO Star Wars: The Skywalker Saga stars a huge cast of characters. In its story mode, that cast is linked to the characters that are currently in each scene.but most of the time we will have to change characters to be able to advance, since there will be several classes of characters (enemies, Jedi, heroes, robots, soldiers of the Empire, the Resistance…) and the abilities linked to each one. They will allow us to access new areas, both secret and those necessary to advance.

As for the gameplay, most characters use their pistols laser to kill enemies, which accumulate damage as if it were an RPG and have weak points. We will see how headshots cause empire soldiers to lose their helmets and show us their faces, a very interesting detail.

In addition to these gunslingers, we will also have more melee fighting styles, such as that of the Jedi, who will use their laser swords and powers to attack up close with power and throw objects at the enemy. In each phase, in addition, we will have very varied boss fightswith truly spectacular moments in those that were already epic in the movies.

Beyond the traditional gameplay phases, we will also have in which we will control a Tie or even the mythical Millennium Falcon and we will sail through space to destroy the ships of the empire. We can also use racing cars or hovercrafts, even to move on the planet itself during free mode.

Where company is most enjoyed is, without a doubt, in free mode. A way that we could be somewhat dull since it has no more incentive than completing secondary tasks and discovering new references, in company it becomes much more fun. The grace of this free mode also lies in finding kyber crystals that we will use to improve our characterseither in a general way or by focusing on specific improvements for each class.

The comic moments of LEGO will always be present

Graphically colorful and with a great dubbing

LEGO Star Wars: The Skywalker Saga is not a graphic marvel, but yes it manages to convey that feeling of watching animated toys, a bit like the Toy Story phase in Kingdom Hearts III. The details in the bodies of each character such as the LEGO logos in certain parts, the lace or that toy shine that makes us have very good details in the reflections of some scenes are appreciated.

The scenarios do come out somewhat worse when it comes to more realistic environments and it ends up mixing the LEGO style with a search for a realistic environment that does not end up marrying completely. Even so, the result can be considered good and showy, with stable 60fps performance on Xbox Series X and 4k resolution.

Where LEGO Star Wars: The Skywalker Saga stands out the most in the technical section is in the sound effects, all of them recorded in the memory of fans of the saga, and in a soundtrack that fully immerses us in the Star Wars experience thanks to the legendary songs by John Williams. The Spanish dubbing has the original voices in the sequels and, obviously, in the previous films the actors in many of the characters have been changed due to the time that has elapsed between the premiere of the film and that of the game.

Even so, the dubbing work is very good and it is appreciated so that the little ones can also enjoy the game. Of course, if we want the classic LEGO experience where the characters do not speak and only whisper, we can activate it.

The mythical scenes are recreated by heart

Conclusions and note of LEGO Star Wars: The Skywalker Saga

LEGO Star Wars: The Skywalker Saga is one of those games that we have to think about when we want a title that we can play together, especially if we are fans of the Star Wars saga. Its homage to the IP of George Lucas, the amount of content it has and the multitude of hours of fun it offers us make it a must have game for fans.

Bitcoin adoption grows in Europe and the United States: alarms go off at the ECB