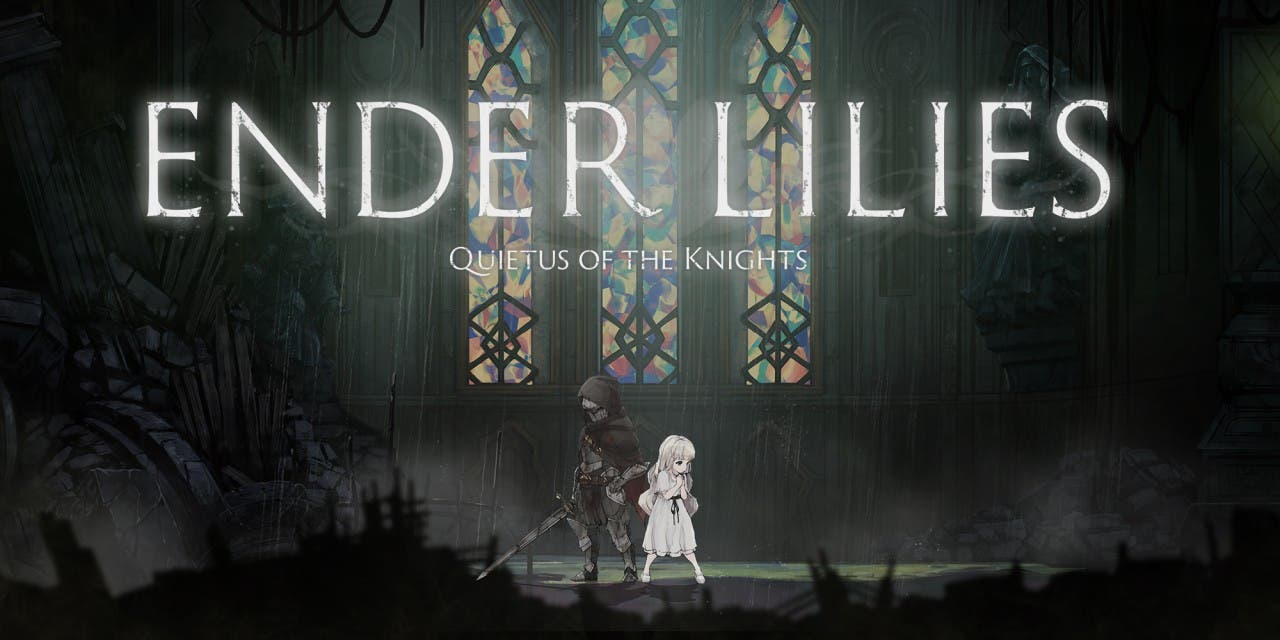 The Metroidvania genre has always been one of the most attractive and most loved by players, thanks to its balance between exploration, challenge and rewards. In them the player manages to get lost in a convoluted interconnected world that will be unlocked through perseverance and skill.

In recent years we have seen how this genre is increasingly present and has left us magnificent games such as the beautiful Ori and The Blind Forest, the defiant Salt and Sanctuary and the fun Guacamelee.

The game that we are going to analyze today is Ender Lilies: Quietus of the Knights, a 2D side-scrolling action RPG framed within the metroidvania and with touches of Souls-like that has been developed by Live Wire, Adglobe and published by Binary Haze Interactive .

Index hide
1 Ender Lilies: Quietus of the Knights review – Xbox Series X
2 It starts to rain
3 Fighting In The Rain
4 Finisterra, How Beautiful You Are!
5 Conclution

It starts to rain

The story of Ender Lilies: Quietus of the Knights tells us the tragedy of the kingdom of Finisterra, a region that has been punished with the Deadly Flood that has turned all living beings that inhabited it into impure, a type of living dead consumed by anger that devastated the land in its wake, plunging the kingdom into a permanent curse.

But evil cannot win, so the Black Knight decides to act and awakens our protagonist named Lily, a young woman who was trapped in a mysterious lethargy and who does not remember anything about what happened in Finisterra. The two decide to join forces and go on a journey together in search of answers.

Under this premise there is an interesting story full of mystery that will tell us little by little each of the events that led the kingdom to desolation.

Fighting In The Rain

Ender Lilies: Quietus of the Knights is an action RPG with touches of metroidvania and Souls-like, in which exploration and combat are the mainstay. When it comes to getting in control, the game presents us with a duality, on the one hand we will directly control Lily, who will move with complete ease around the stage and who does not have combat skills beyond the evasion of attacks.

On the other hand, in combat, Lily will not attack directly, but will will employ abilities represented by purified souls. Initially we will only have the spirit of the Black Knight, which will give us the possibility to attack with his sword.

This approach to combat actually hides an interesting skill system in which each minor boss or each zone boss will give us a new ability for Lily. We can freely assign these skills to three buttons on the remote, having two different skill sets that can be exchanged mid-combat and that can be reconfigured to suit the player at any time.

And it is this system of abilities that differs from the usual action RPGs, since instead of the character having their own actions, in Ender Lilies: Quietus of the Knights your character’s abilities depend on exploration. This encourages us to explore every corner of the extensive map of Finisterra looking for some hidden underboss.

Some of these bosses will also grant us abilities for Lily, such as double jumping or the ability to dive, which will help us reach new areas, which will be plagued with all kinds of enemies, from undead with armor and wild animals, to magicians and impure monsters, which we will have to defeat with our expertise.

The balance between exploration and combat is very similar to Dark souls, having rest areas that revive defeated enemies, except for bosses, healing prayers to regain life, but with the difference that when you die, the accumulated experience is not lost. Our character will gain experience with each defeated enemy, which will allow him to level up and improve his statistics.

On the other hand, the abilities obtained by the purified souls are improved by means of three elements: the Ancient Souls, the Impure Furies and the Impure Sediments, which are scattered throughout the map along with the Relics, special objects that improve the Lily’s stats, such as a damage reduction or a vitality boost.

And this is due to its tight difficulty curve, which at first glance it will make us believe that we have the game mastered, but that by advancing little by little in their bosses we will see that we are facing a tough challenge.

To facilitate our search on the extensive map of Finisterra, we can make use of the Fast Travel that will allow us to move between any uncovered rest area.

Finisterra, How Beautiful You Are!

In the visual, Ender Lilies: Quietus of the Knights presents us with a very beautiful graphic section, with perfectly represented characters and environments that magnificently capture each of the areas that make up Finisterra. The quality of its visual effects are at a good level, among them stand out the particle systems, the rain, the reflections of the water and the spectacular final executions of the bosses of each zone, which they bathe Lily in a shower of blood as if she were in Kill Bill.

The narrative of the game is in charge of cinematics made up of illustrations that show us, drop by drop, the events that have happened in the kingdom. Ender Lilies: Quietus of the Knights it’s found optimized for Xbox Series X | S with a rate of 60 images per second and virtually non-existent loading times.

In the sound section, all the weight falls on the sound effects and the soundtrack, since the game has no voices. The soundtrack is composed of themes that accompany each of the areas of the game, inviting the player to feel the longing and despair of a desolate town, the anguish of being alone in an abandoned forest full of enemies and the epicity of a fight with a final boss.

It is also worth mentioning the rest of the sound effects that make up the adventure, some of them are the combat effects, the constant presence of rain or the peculiar distortion effect of the soundtrack when we are submerged under water.

Ender Lilies: Quietus of the Knights It is translated into Spanish and has a approximate duration of 15 hours, this may vary depending on the skill of the player.

Ender Lilies: Quietus of the Knights is an action RPG with touches of metroidvania and touches of Souls-like in which exploration, combat, platforms and difficulty come together in a magnificent way with high-quality visuals and sounds and well-tailored gameplay that will challenge to all lovers of the genre.

The game lies translated into Spanish and have one approximate duration of 15 hours, depending on the skill of the player.

Red Dead Online details all the news of its halloween event

Goku’s past was revealed in Dragon Ball Super

Steam confirms when the Fall, Halloween and Christmas sales will be

If you like vinyl, this discounted turntable could be your star purchase in the 8 days of gold of El Corte Inglés