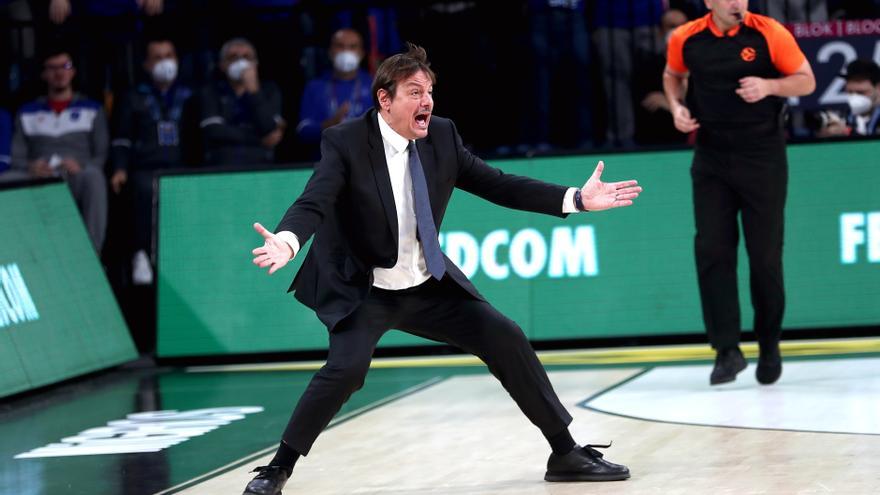 The Anadolu Efes still has not digested too much Well the defeat they suffered against Barça on Friday, on the last day of the Euroleague and which ended with a Barça victory in an intense final, after an extension.

The decisions by the arbitration triplet, led by veteran Luigi Lamonica, The European champion did not like them at all, who saw his coach, Ergin Ataman expelled, and then they would signal a very dubious fifth foul to Larkin, after having done the same with Mirotic, just a minute before. Neither of them were punishable.

But the champion ended up losing, and his four-game winning streak came to an end. in his task to overcome positions in the classification (6-7). A defeat that stung a lot and that led the club to make it public.

“We want to compete in an environment where the best team wins.. Unfortunately, we are truly upset by the obvious mistakes made that affected the battle on the court in our recent match, ”the statement said.

Unfortunately, the meeting of the two finalists of the 2020-21 season was managed poorly by the referees. The wrong decisions at the end of the exciting match affected both teams. “

“We hope that the referees will make fewer mistakes in the future so that each team can have fair battles until the end of the matches & rdquor;, concluded the note they issued on their social networks although we do not know if they raised the protest to the Euroleague itself.

Read:  "They can't cry for the team they have"

Redmi Smart Band Pro: 5 reasons why it is the new queen of activity bracelets | Technology