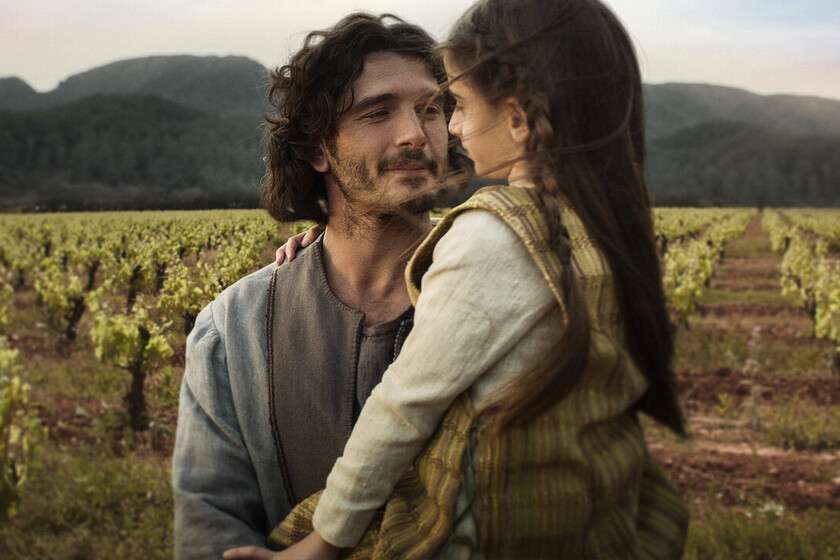 Four years have passed since the premiere of ‘The Cathedral of the Sea’ until the arrival of ‘The Heirs of the Earth’, its sequel. Besides, does it in a very different waysince the first was launched in style on Antena 3, while the second appears first on Netflix -in a while it will also be seen on both the aforementioned Atresmedia channel and on TV3-, and it does so without being accompanied by a great promotional campaign.

We will see to what extent this affects the reception that ‘The heirs of the earth’ has by the public, but in my case I have greatly appreciated the opportunity to see it almost all at once, since it is a series that works much better by accumulation. At first it may be shocking in some respects, but As soon as you get used to it, you can end up enjoying it quite a bit.

An enjoyable sequel in isolation

The first thing that must be made clear is that the beginning of ‘The heirs of the earth’ gives a lot of weight to closing certain plots of ‘The cathedral of the sea’, something that in turn serves as an impetus to lay the foundations of its own identity . Obviously The ideal is to have seen its predecessor, but the truth is that one can be encouraged to give the series at hand a chance without this being an obligation.

Clarified this, it is also vital to know that this adaptation of the homonymous novel by Ildefonso Falcones It has a peculiar narrative, since it makes use of constant time and space jumps to cover all the essential stages of a story marked by revenge and love. That gives ‘The heirs of the earth’ a peculiar rhythm, leisurely in appearance but incredibly alive in reality.

The downside of this is that the series is also marked by a relative shallowness, as it does well with the primal feelings that guide its characters, but simply don’t have enough time to dig into any of itIt’s beyond that. Some new nuances do come as a result of the story moving forward continuously, but the series uses them to move it forward instead of its protagonists serving as the main guide.

That is something that from the outset can even give the feeling that they are trying to go through a certain part of the story as quickly as possible to reach the moment in which the main character goes from being played by David Solans to have the face of yon gonzalezbut the truth is that it is the great constant of the series.

That is what will really determine if one can have a good time with ‘The heirs of the earth’ or if it would be better to get off the ship so as not to end up desperate. Here there is a tendency to the obvious, to use the contrast between black and white, good and bad. The nuances, beyond the basic ones so that the series is not too rigid, are not even invited to the party, but in exchange, the overdose of information, stories and characters is handled with great ease so that it never saturates and it is impossible for anything in particular to bore you. It doesn’t give time.

Read:  Fan Art of Henry Cavill as Cyclops from the X-Men at Marvel Studios

For this reason, ‘The heirs of the earth’ is a series that always goes forward, to the point of being very obvious in their intentions. That is something that he often takes advantage of to skip things, implying that something is going to happen so that the next scene takes place when that has already happened. A natural consequence of how the series approaches the narrative, and the truth is that one not only gets used to it, but ends up thanking this decision for the dynamism it brings to a series that could perfectly have sinned by being too static.

Besides, the cast is also well chosen, but be careful what you expect from their characters. As I pointed out before, here there is a tendency too much for opposition. The grays are not interested in motivations such as confrontation, something that feeds a climate of tension at all times. Even when some joy comes for the heroes, we all know that some misfortune will soon befall. And the interpreters solve this challenge quite well -but being perfectly aware of what the series expects of them-, highlighting how well María Rodríguez Soto reflects the careerism and ambition of her character.

Technically, the investment made to transport us to the time is noticeable. in which the story takes place, also taking care of other details such as the dirtiness of the characters or certain scenarios. The only thing that is a bit sad is that the photography of the series is too monotonous, constantly trying to make everything look as clean and clear as possible. It’s not necessarily something negative, but there ‘The heirs of the earth’ could be looking for a more balanced visual bet.

‘Inheritors of the Earth’ is an exhilarating sequel to ‘The Cathedral of the Sea’ that it works precisely because of what could have been its great undoing: the rush to always move forward. Here there is no time or desire to go deeper, but the truth is that this ends up working in your favor and you end up watching one episode after another with great ease.