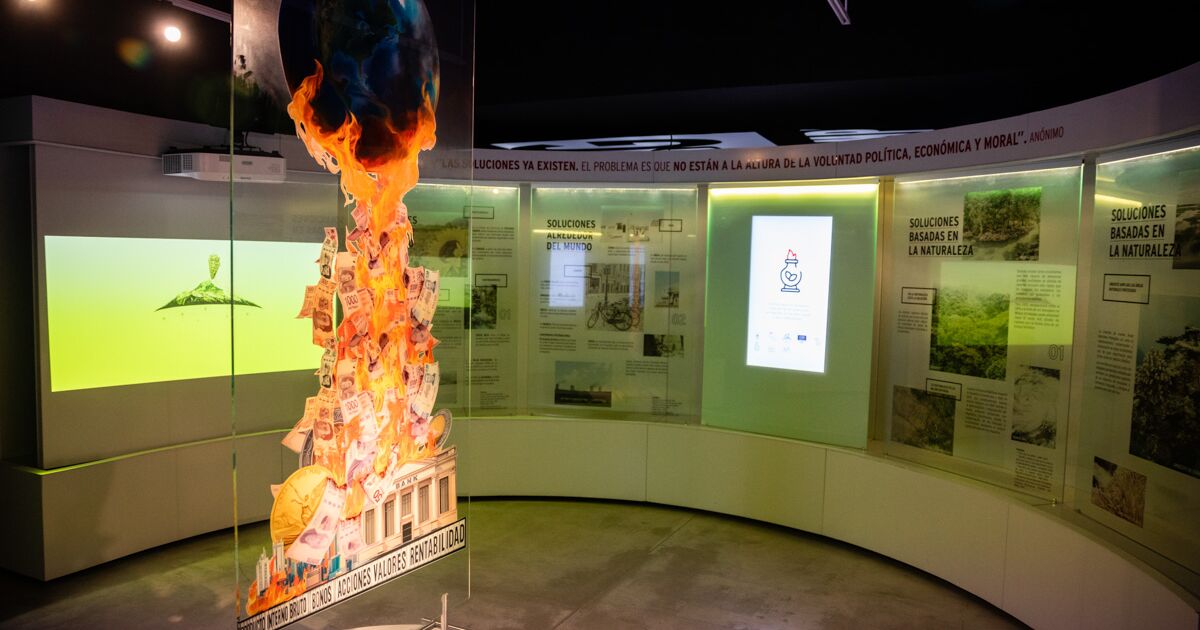 “I repeat, it is to empower our decision to consume, to vote, we lead climate change, the millions of people who make decisions on a daily basis, about what we buy, eat, wear. And that’s how great leaders then make decisions for change,” he said.

As part of the exhibition, the Museum of Memory and Tolerance launched a platform entitled “What change can I do?”, which suggests to users ways in which they can change, little by little, their lifestyle to make it more sustainable. .

“It’s like when we think about being tolerant and I would like to become a Gandhi, I don’t have to be a Gandhi to be an activist, I just have to make small decisions, when those decisions are made by millions of people if we change the world”, points out.

Large corporations and families in the world are the ones who contribute the most to climate change through the over-exploitation of resources, the diet based on meat and their consumption patterns in general.

Paradoxically, it is the poorest and most vulnerable population that suffers and will suffer the most from the effects of inhabiting a planet that runs out of natural resources every day.

“We are all equally vulnerable because in 10 years we are going to live in a world at the age that touches you, if it touches you at 10 years or at 20 or at 50 or at 70 it is irrelevant, at that moment you are going to be vulnerable, simply those of us who are going to be 60 years old at least had a normal life, on the other hand, those who are being born today are going to experience their lives altered and we don’t even understand to what level”.