Bullfrag
Home Entertainment an easter egg includes other Marvel characters in the same universe as... 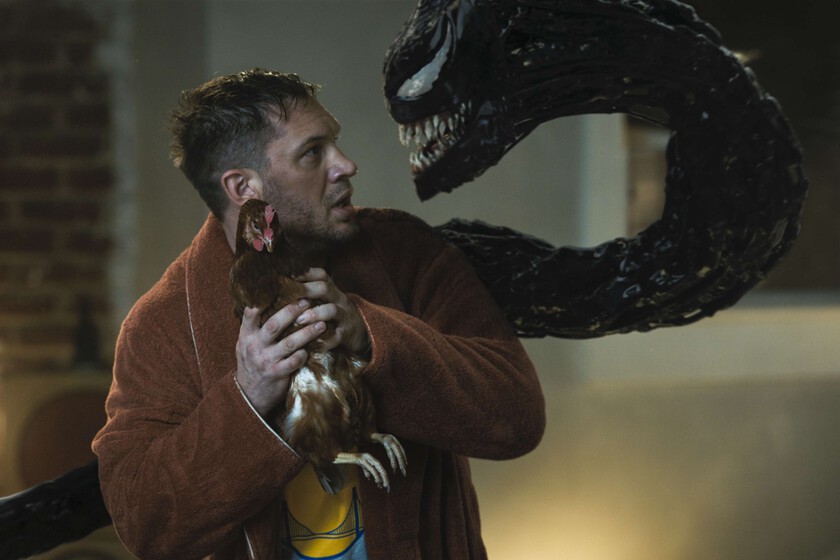 It was only a matter of time. Since Sony bet on producing spin-offs of Spider-Man related villains, it seemed clear that the intention was to bring these characters together in the same universe, in the style of what he did Marvel studios with his Avengers. After confirming that this is indeed the plan, and naming it, we can find in ‘Venom: there will be a massacre’ (‘Venom: Let There Be Carnage’) concrete evidence that it is underway.

Beware: SPOILERS of the film below.

The bat and the spider

We already thought we found some clues in the trailer and those of you who have seen the movie know that there is a post-credits scene that places Venom from Tom hardy in the same world as Tom Holland’s Spider-Man, a connection that Hardy himself had already suggested due to the impossibility of saying it clearly before the premiere of ‘Venom 2’. Now Sony has wanted to clear any doubts about it with an official video that reveals a curious “easter egg” (“Easter eggs”).

The part that you can see below stops at Cletus Kasady (Woody Harrelson) cell details. After a quick look by Eddie Brock (Tom Hardy), Venom later helps him recreate what is in the murderer’s room, and in the drawing he makes there are two “easter eggs” related to two other Marvel characters: references that point to Morbius already Spider-man. The latter reappears in the post-credits scene although he may not be exactly the same Peter Parker that Cletus Kasady had in mind.

Read:  the film has the highest number of deaths in a "mainstream" slasher in history

I suppose that all this will be clarified after the premiere of ‘Spider-Man: no way home’ (‘Spider-Man: No Way Home’, December 17 in theaters), where the presence of Venom as one of the effects of the multiverse unleashed in ‘Loki’. As for ‘Morbius’, the film that will present the vampire incarnated by Jared Leto, is set to premiere on January 28, 2022, so perhaps his encounter with Venom and Spider-Man will occur later in another installment. Or maybe not, with Marvel you never know …