Among Us will arrive with a new version in virtual reality 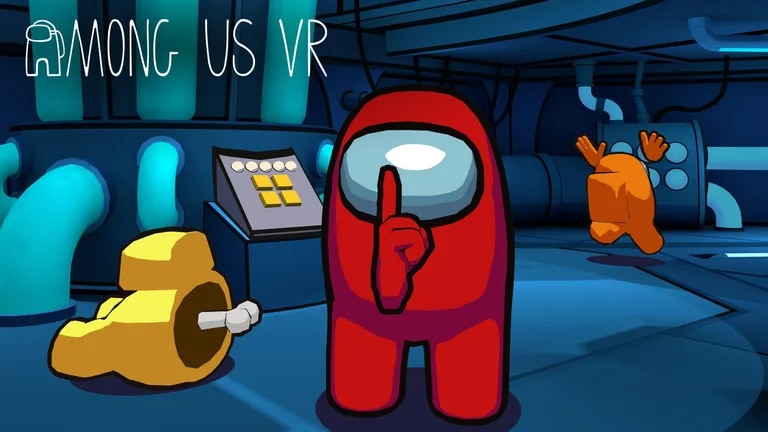 The video game industry is one of those that has been consolidated throughout the world with big names that are important. Given this, new video games emerge every year that win over users, as is the case with Among Us, a game that went viral in past years and has now announced that it will launch a new version in virtual reality.

In a completely digital world, the video game industry reached a market value in 2021 of approximately 198.5 billion US dollars and, according to a report by Mordor Intelligenceit is expected that by 2027 this will increase to about 141.6 million.

Like all industries, this one too has its leading markets; According to a study by the Spanish Video Game Development, China leads the world market, with an income in 2021 of more than 46 billion US dollars from the sale of games, consoles and other related components.

Mexico is no exception, as the importance of video games and gamers is increasing, such that the number of gamers will reach nearly 72.3 million by the end of 2020, an increase of 5.5 percent compared to 2019, according to data from The CIU .

Among Us and virtual reality

To continue capturing the attention of users, the video game Among Us is about to launch a new exclusive version in Virtual Reality.

According to what was mentioned in the Twitter account that became famous in 2020, this version will be available for platforms that support these features from November 10 of this year.

They also mention that the VR version of the game will not be a sequel nor will it have a different in-game mechanic than its mobile or desktop version, but rather it will adapt the already known features of the game to a virtual environment.

In the publication, the Meta Quest company shared the trailer where you can see the mechanics that people who want to play must follow. This consists of finding the impostor, organizing emergency meetings, carrying out secondary missions and going through a ship and its environments, it will be the same as in its version available on other platforms.

The experience of this new video game can only be multiplayer, so in order to use it, the user must gather a maximum of 10 more people.

As well as the game in the virtual reality version, it will have the difference that, instead of being able to see the entire space in a 2D plane, it will be reduced to the player’s field of vision, which could provide a new experience for the players, who will also be able to play a role within the ship’s crew.

The company indicates that users interested in acquiring this title and playing it, the VR version of Among Us will be supported by Meta Quest devices, Play Station VR, in addition to others that are compatible with the Steam virtual store, such as the HTC Vive, Oculus Rift, Valve Index and Windows Mixed Reality.

Let us remember that the virtual reality industry has also been growing with the arrival of new technology, so the projections for this sector are more than great, with a flourishing number of manufacturers and users, especially in China and the United States, for what is estimated an estimated market value for 2024 exceeding 12 billion US dollars.

In conclusion, there are many sectors that are already implementing new projects that involve technology, since today’s consumers are more focused on the expertise that the digital world can offer them.

Among Us crew coming to Xbox and PlayStation

Among Us in emergency: they hack the game of the moment

Warner Bros. makes Injustice: Gods Among Us free for a limited time