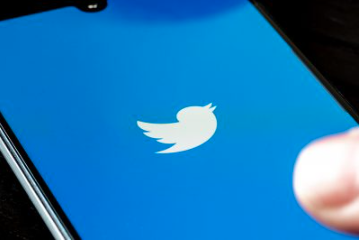 Today, during the press conference “La Mañanera”, President Andrés Manuel López Obrador (AMLO) He spoke about the wave of criticism that was unleashed after his shows of support around the case of Pedro Castillo and his dismissal from the presidency of Peru.

After the former president of Peru sought to dissolve Congress and implement a “state of exception”, a fact that was taken as a coup by Congress itself, which voted for his dismissal. With 101 votes in favor, Pedro Castillo was placed in custody before the prefecture of the National Police of Peru (PNP).

However, AMLO himself admitted that Pedro Castillo communicated with him prior to his arrest, asking him for political asylum, a fact that caused protesters to decide to cover the Mexican embassy in Lima with the intention of preventing the escape of users.

AMLO dismisses criticism of “bots” on Twitter after the fall of Pedro Castillo; “Oh, how scary!”

President AMLO was criticized yesterday on social networks because he offered his help to former president Pedro Castillo, who is accused of trying to dissolve congress, of having sought a coup, and in addition to having ties to criminal groups.

Given this, both opponents of the Fourth Transformation in Mexico, as well as opponents of Pedro Castillo, criticized the Mexican president for seeking to “interfere” in the internal affairs of the South American country. Given this, AMLO pointed out that Mexico’s position remained neutral and that it was not intervening in any country. However, his support for Pedro Castillo was harshly criticized.

“Yesterday on the networks, the conservatives who do not see us with good eyes, plus the ‘bots’, put out a message that says #SiguesTúAMLO, or something like that, right? Because we have already talked about Twitter here. There are about 2 million 500 thousand users in the country, and those who interact must be a million, a million and a half. You have to take away about 80, 90 percent of those who participated, who are ‘bots’.”

These are some of the comments that could be read yesterday by some users.

did you see the speech #PedroCastillo in #Peru ?
It was before they arrested him.
Do you notice the similarity with the attacks on the INE, the congress and the organizations in Mexico?
Now more than ever #ElINENoSeToca pic.twitter.com/VwZliMjE7l

Just because the brother asked for it @Fifirulais3030 I won’t put it on. #follow tucacas

For corrupt, vengeful, for illegal, for a tyrant, for a murderer, for a criminal, for a thief #FollowYourAMLO #follow tucacas

Revocation of mandate and the trend #SiguesTúAMLO

The President assured that his opponents have sought through these tendencies to lead a coup, just as happened in Peru and mentioned that the cost of generating conversation can sometimes be very expensive. “A trend like #followyouAMLO it can cost up to a million pesos per hour,” he said. “Who has the resources to seek to carry out a coup against Andrés Manuel López Obrador?” He added.

Read:  Twitter takes action against bad vibes and tests an ad to make you think twice before commenting on a conversation

He stressed that when the Revocation of mandate, a way different from the parameters of Twitter to be able to revoke the President, there was no opposition participation. And it is that the difference with Peru is detailed in the power that the powers of that country have to affect each other, something that cannot be done in Mexico, since no legislator can “run” the President, nor vice versa.

Finally, in response to these alleged “bots”, the executive branch once again took the opportunity to “show off” its 73 percent approval rating.

What is it that stops Mexicans from applying for a vacancy?

“Common agreement”, this is what was agreed on the dignified vacation

Pedro Castillo, the reflection of the political crises in LATAM