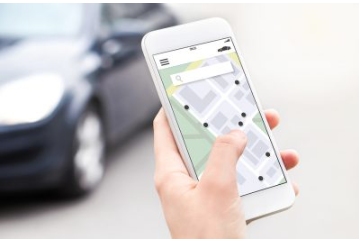 The controversy around the Mexico City International Airport (AICM) continues, since since last week through loudspeakers and posters placed around the facilities, the prohibition of requesting transportation through private applications was announced, a measure that it has been criticized by both travelers and driving partners; but, in the face of controversy, Andrés Manuel López Obrador, (AMLO) requested to review the alleged fines to driving partners.

The President of the Republic highlighted that the complaints of AICM users derive from alleged advertisements that prevent them from boarding private taxis in which the legend reads: “providing service or boarding passengers in digital platform taxis is prohibited. Fine $43,000 MXN”.

If this measure is formally exercised, the affectation would directly reach a little more than 35 million 854 thousand 378 passengers, a figure that reveals the influx of the Mexico City International Airport during the first quarter of the current year.

AMLO asks to review fines applied to drivers in AICM

Given this situation, the president, Andrés Manuel López Obrador, referred during his morning conference that he was unaware of the veto of digital private transport platforms, such as DiDi, Uber and Cabify within the facilities of the Mexico City International Airport, warning that I would take fair action.

In the same way, he pointed out that the constant problems involving the AICM are due to a “conjunction of several factors”, among which is the disagreement of those who do not accept the construction of the Felipe Ángeles International Airport (AIFA) and the saturation of the AICM itself.

“I think it is a combination of several factors, of course the background is the disagreement of those who do not accept what the AIFA has done, it bothered them a lot and they take great care to block as well as exaggerate the note, the AICM has been saturated as on other occasions and it does not have or has not had the same diffusion as now”, AMLO commented.

Likewise, Uber showed up and pointed out that the users of Mexican airports, including the AICM, “have the right to choose the type of mobility that best suits them and that they prefer within the entire ecosystem of existing options”, while Didi representativesreported that they will maintain “a dialogue with the authorities with the intention of allowing the operation of the services provided by drivers at the country’s airports in strict adherence to current state and federal regulations.”

Read:  Campaign shows what McDonald's would look like if it were a painting

The initiative taken to fine those who do not abide by the rules are added to those taken by the Guadalajara and Monterrey Airport as a result of the multiple claims made by the taxi drivers’ union; however, it has been pointed out that the service provided by airport taxis is deficient, accusing units in poor condition and high costs, in addition to affecting the work of a growing labor base, since currently, according to the Uber official page, this application has more than 200 thousand driving partners, while platforms such as Didi, register just over 350 thousand driving partners.

The driving partners have been constantly affected by the measures of the Government of Mexico City by generating fines and infractions, which affect the development of their work; nevertheless, When offering a transportation service, they are also affected by general fines applicable to any person who travels through the streets of CDMX.the Center for Experimentation and Road Safety in Mexico List the most common:

The initiative taken to reduce the use of transportation services by application not only directly affects driver partners, but also thousands of users, since mobility within Mexico City is one of the main problems that residents of the capital face, so having proven alternatives offers the possibility of improving traffic within CDMX.

AMLO asks the US to release audios of bribes to journalists; “must be public”
Users reject AMLO’s decree on AICM and AIFA; what does it consist of?
45-minute wait at the AICM, “keep sabotaging AIFA”: Fernandez Noroña
SAT forces an artisan to pay more than 3 thousand pesos in the AICM; came from expo in NY