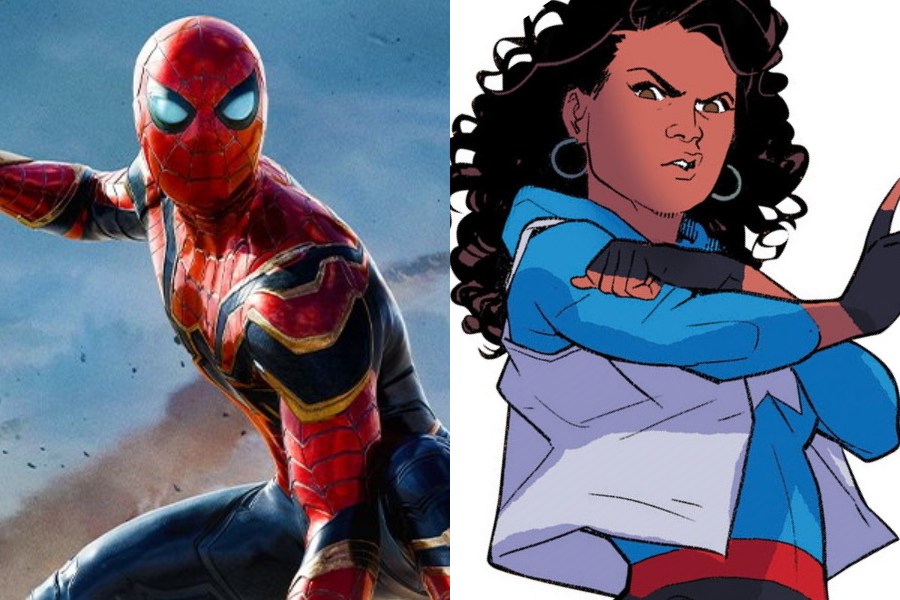 Index hide
1 A concept art for Spider-Man: No Way Home revealed that the film would have seen America Chavez’s debut in the Marvel Cinematic Universe.
2 América Chávez will arrive in Doctor Strange in the Multiverse of Madness
3 The Supreme Sorcerer is present in the Marvel Verse
4 It is also being read

A concept art for Spider-Man: No Way Home revealed that the film would have seen America Chavez’s debut in the Marvel Cinematic Universe.

In Doctor Strange in the Multiverse of Madness one of the new additions to the Marvel Cinematic Universe to be featured is America Chavez, a teenager with the ability to open interdimensionals. Although there was a plan to feature America Chavez in Spider-Man: No Way Home.

Don’t Miss: This is how Tobey Maguire and Andrew Garfield enjoyed the premiere of Spider-Man: No Way Home

In social networks, the conceptual artist Maciej Kuciara shared a couple of conceptual arts, the first one shows us the Statue of Liberty in New York, which is being remodeled to add a shield similar to that of Captain America.

One of the ideas for #SpiderMan #NoWayHome final battle was to slowly burn and destroy the scaffolding so as the fight goes on the Statue of Liberty underneath gets revealed.
This is one of the concepts I did for how it would look. More to come soon;]#SpidermanNoWayHome pic.twitter.com/oP33c7VTyJ

In this art you can see America Chavez on a crane, although it is not inspired by the image of Xochitl Gómez, the actress who will play the heroine, since this was an early idea of ​​the film, which was not developed.

In the same way, Kuicara had shared another concept art with a clearer image of America Chavez on social networks, arriving at a game in an amusement park. The heroine would be the one to help both Spider-Man variants make their way into the MCU, which didn’t play out that way.

This art was recovered by some Twitter users who did not hesitate to ask what was happening with this art, which no longer appears on the artist’s networks.

After the events of Avengers: Endgame, Dr. Stephen Strange continues his research on the Time Stone. But an old friend turned enemy puts an end to his plans and causes Strange to unleash unspeakable evil..

Doctor Strange in the Multiverse of Madness will hit the big screen on May 5, 2022.

You can also read: Did you notice a Loki easter egg in the Doctor Strange 2 trailer?

The Supreme Sorcerer is present in the Marvel Verse

Life and magic gave him a second chance… and he became the Supreme Sorcerer!

The master of the mystical arts revealed his origin in Strange Tales # 115 in 1963, after his previous appearances shocked the minds of thousands of readers.

The conceited New York surgeon created by Stan Lee and Steve Ditko began a journey of discovery that is, practically, an analogy of the emergence, development and mastery of the powers that made him the main protector of the Earth against magical and mystical threats.

SMASH and Marvel Comics México brings you Marvel-Verse: Doctor Strange, with the best stories of the Master of the Mystic Arts in La Casa de las Ideas.

IMSS has places available but doctors do not come: Jorge Alcocer