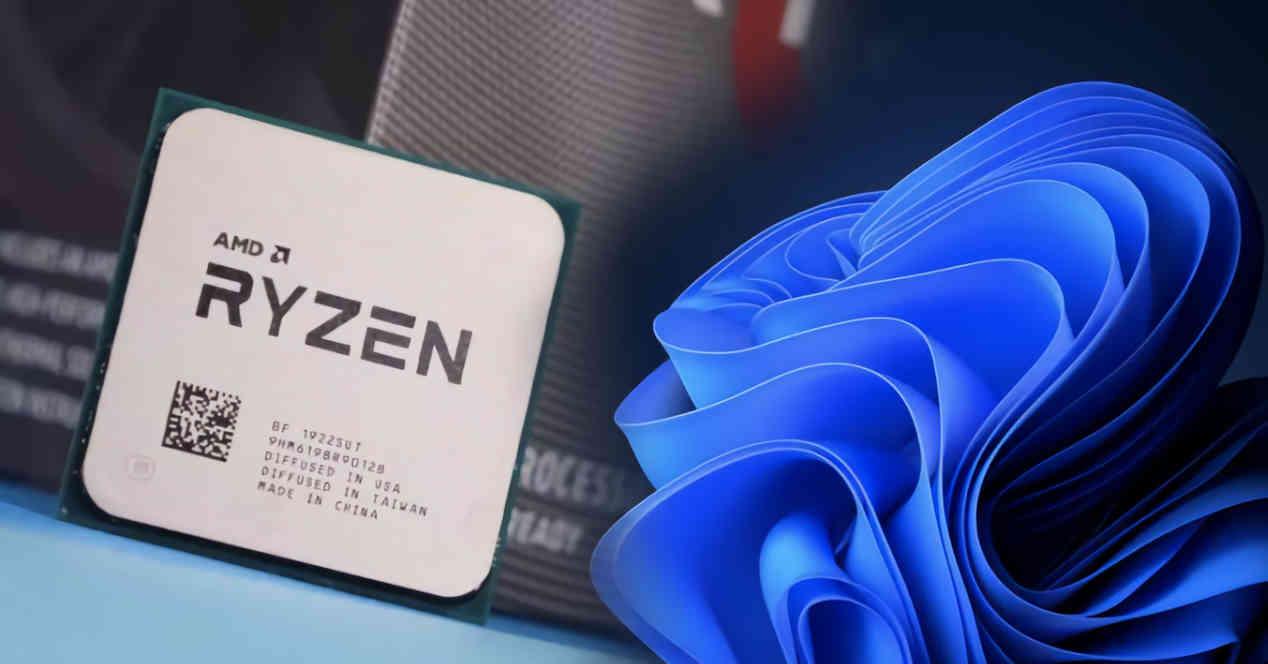 The relationship between the operating system and the CPU is always delicate. That is why the development of new versions of the most important software for a PC must not only allow programs to communicate with the latest hardware developments, but also be optimized for new paradigms in CPU organization and architecture. Windows 11 is the umpteenth version of Microsoft’s operating system, with an external appearance that does not differ much from Windows 10, but at the level of the management of processes with the CPU it has received important improvements.

However, AMD users encountered negative news a few days ago: the latency between the Zen 3 and L3 cores could be up to three times higher than under Windows 10. AMD recommended waiting before updating and since then they have it’s been a few days. What is the current status of this problem? Well, it seems that it would have already been solved.

AMD’s patch for Windows 11 is coming out very soon

In reality, these are two different patches that will therefore be released in a couple of different ways. The problem of the loss of performance of the CPPC will be solved by AMD with its new drivers that will be released next October 21. This mainly affects the Processors with 1st to 3rd generation Zen architectures with more than 8 cores and with TDP of more than 65 W.

On the other hand, the latency problem with the L3 cache has to do with the operating system’s process scheduler, which does not work correctly under AMD architectures. This problem has also been fixed and the patch will be included in the Windows 11 10C update, dated for the next October 19.

Read:  Ideas for you to continue creating content on your brand's social networks

The release date of these patches is very important. Especially due to the fact that Intel Core 12 CPUs are just around the corner and a performance comparison under the new Microsoft operating system would not be fair where AMD processors have a series of limitations for something that is not inherent in the hardware itself. Nor should we forget that Windows 11 is extensively optimized for the new Alder Lake-S architecture control unit, which is the most important piece of hardware inside.

It is difficult to compare a homogeneous processor architecture with all the same cores of a heterogeneous one where there are different cores. Especially with regard to the operating system in charge of managing all the processes and assigning them to the different CPU resources. Be that as it may, it won’t be long to see how the bets of AMD and Intel work under Windows 11.