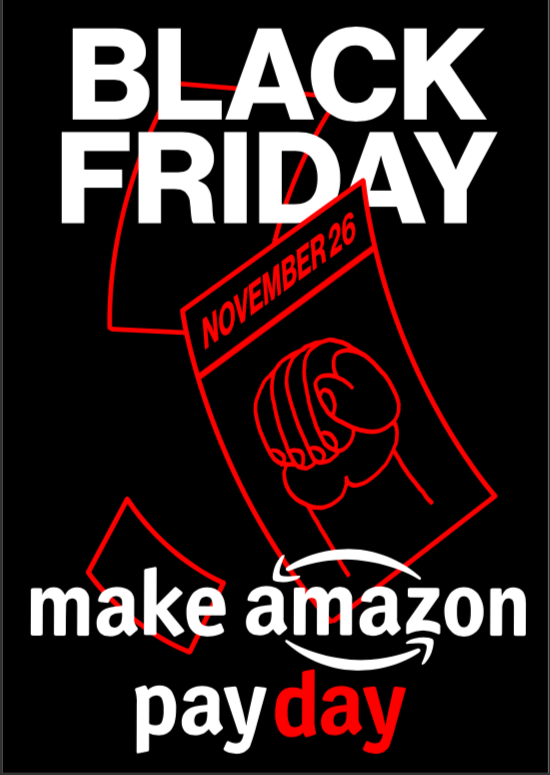 The holiday shopping season is about to open or “Black Friday” as it is known in the world of mass sales with discounts and although it seems to be a good date for retail stores, department stores and for e-commerce, Amazon is in the eye of the hurricane, not because of its offers, but because of the strikes and protests that workers, activists and citizens who are part of the campaign of “Make Amazon Pay” they are planning.

The initiative brings together employees from at least 20 countries and has a coalition of 70 unions and organizations including Progressive International, UNI Global Union, Amazon Workers International, Greenpeace and Oxfam.

“Make Amazon Pay” speaks out against working conditions, union repression, unfair tax payments and a lack of commitment to protect the environment.

“From oil refineries to factories, warehouses, data centers and corporate offices in countries around the world, workers and activists are rising in strikes, protests and actions to make Amazon pay,” said the movement’s organizers. it’s a statement to call for activities on November 26, 2021.

The reasons for the protests

The company of eCommerce International leader in the United States, with net sales that amounted to about 386 billion dollars in 2020 (Statista); which is considered one of the most valuable brands in the world, and where its founder and CEO, Jeffrey Bezos, became the first person in history to accumulate 200 billion dollars of personal wealth, is being accused of not prioritizing your workers, the planet, evade taxes and promote inequality.

“Make Amazon Pay” notes that during the Covid-19 pandemic, Amazon warehouse workers risked their lives as essential workers and only received a raise; orThe second reason for the campaign is that the Amazon cloud is accelerating climate change, andn third place is tax evasion by large companies, since in 2019 Amazon paid 1.2 percent of taxes in the United States – the country where it is the leader and is headquartered.

Faced with the complaints raised, it is evident that the initiative seeks to cause pressure for the giant to give in to the requests and comply with the following requirements.

Regarding the workers, “Make Amazon Pay” calls for better working conditions in warehouses, such as payment for dangerousness, guaranteeing work, suspending the productivity regime and providing a safe work rhythm; as well as ending the repression of unions and informing workers about the benefits of organizing.

Regarding the commitment to the environment, Amazon is required to operate sustainably and commit to having a zero-emission production chain by 2030. In addition to engaging workers in the sustainability environment.

Finally, to end tax abuse total transparency is requested, and protection of privacy and the use of consumer data.

Meanwhile, the giant of the eCommerce notes that it continually supports employees, customers and communities, and takes action against climate change. However, it is not the first time that Amazon has been involved in controversies, but it is the first time that those affected worldwide have managed to convene a large-scale movement in a situation of high consumption.

Read:  Aeroméxico misplaces a wheelchair and violates a passenger

Lentil puree with sautéed mushrooms, the delicious dinner that you like...