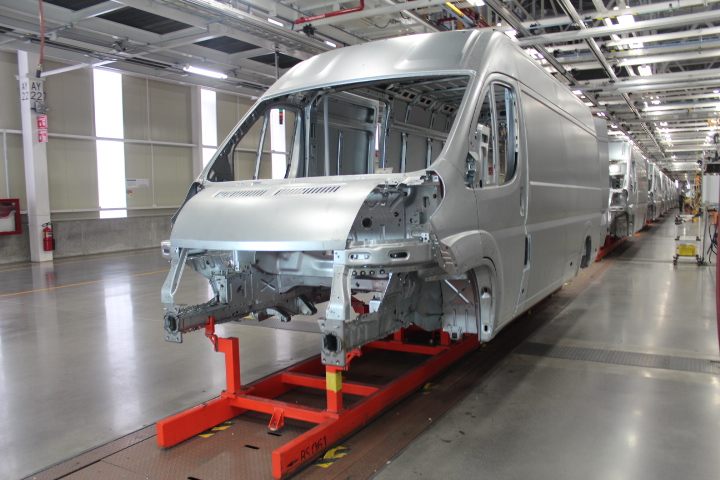 Stellantis wants to evolve into a mobility company with more emphasis on technology. For this, one of its partners is Amazon. Both companies will collaborate in the development of new models, and the trading company will use the first electric ProMasters.

The e-commerce giant has promised to reduce the emissions it causes with its delivery routes, and they are not negligible when it comes to conventional motor vehicles. In a bold first step, Amazon commissioned Rivian Automotive -of which he is a shareholder- 100,000 electric vans that were made to suit him. In 2040 they aspire to have zero emissions.

In the European market, Amazon placed a large order from Mercedes-Benz, 1,800 eVito and eSprinter vans for its delivery tasks in metropolitan areas and last mile. It was the largest order for electric vans in Europe. What’s more, Amazon has ordered Stellantis for the first production of electric RAM ProMaster, a brand name of Fiat Ducato -and its derivatives- that is manufactured in Saltillo (Mexico). The latest ProMaster was announced in the summer, already with an electric version.

Stellantis has been providing these vans – in conventional versions – to Amazon since 2018, including ProMaster in North America, and Ducato, Boxer and Jumper in Europe. Starting in 2023, the automaker will provide Amazon with thousands of electric vans each year, with “Unique Features for Last Mile Cast” that Amazon requested, as it will be its first commercial customer. The Rivian deal continues as before.

This will be the workplace of thousands of Amazon delivery people in the United States, the 2022 RAM ProMaster Electric

The electric ProMasters are notably more expensive than the gasoline ones, although the latter are not exactly a marvel of economy with the 3.6-liter Pentastar V6 engines and nine-speed automatic transmission. Surely the total cost of ownership (TCO) is lower with the electric versions.

But the crux of the matter is in this section. In addition to the four electrified platforms on which the entire catalog of the 14 Stellantis brands will be based, it is developing the infotainment platform for the new models since 2024. It is called STLA SmartCockpit.

Stellantis wants to bring technological advances to the market in a shorter time, but not only that, it also wants to simplify the telematic platforms of so many models, so many brands and so many geographical areas. Amazon is the technology partner chosen for this purpose.

Read:  Why is the Red Bull RB16B so good? Newey himself tells you

To date, Stellantis and Amazon had collaborated on infotainment on board with the integration of Amazon Fire TV in various Jeep and Chrysler models in the North American market. In addition, the voice assistant Alexa was integrated. Stellantis was the first major manufacturer to do so.

For Stellantis, infotainment can be customized to match the tastes and preferences of its customers, based on information that is not stored in the vehicle itself. If we recall a bit, this approach was already anticipated by a prototype from the lion’s brand, Instinct Concept, albeit with the cloud from Samsung, not Amazon.

For example, there will be a greater integration of Alexa, being able to ask any connected device (such as Echo speakers) to preheat the cabin remotely, as if the car were a gadget plus. Of course, there will be more integration at the level of personalized content such as podcast, movies to watch on board, access to personal photos, etc.

To achieve greater integration, several things will be done. One of them is to connect vehicles since 2024 to Amazon’s cloud of services, AWS in English, which allows access to information anywhere in the world and at breakneck speed. Amazon Web Services It is one of the pillars of the American giant’s business.

Stellantis has to train 5,000 engineers and developers to learn all the ins and outs of the AWS technology platform, for which they will be running courses in collaboration with Amazon. On the other hand, Amazon will provide Stellantis with agile development tools so that everything goes faster.

Ultimately, Stellantis wants to become an automotive, mobility and technology leader. Amazon will make things easier for you, but that in turn is a strategic weakness, Stellantis remains linked to Amazon and its technology, with all that that implies. Other manufacturers prefer to have all that controlled with home-made technology, even if it is more expensive.