Although it may seem incredible, these are the real covers with which Dino Crisis was bought in Russia, but the theme has a trick

By CooperSeptember 8, 2022No Comments5 Mins Read 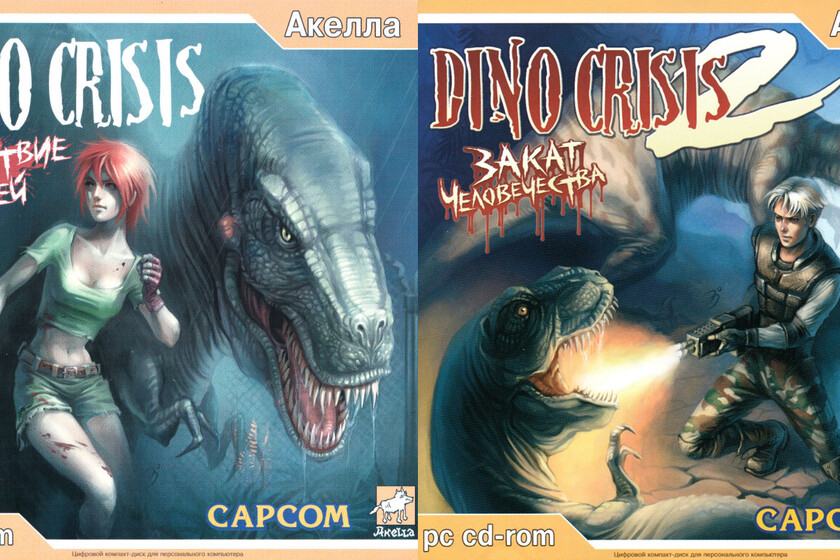 A few months ago I came across the covers of Dino Crisis that you have on these lines and I began to investigate them. The Tweet that presented them was very much in line with what many of you probably have in mind now, that this was nothing more than creating a fan that he had made him pass as an officer and, despite the hard work and fantasy, the thing should not go much further.

The theme, however, had a twist. He made sure that, as incredible as it might seem, these were the official covers of the game in Russia and that, when someone went to buy the game, this was what they found. That seemed too crazy to be true, so I saved them to try to discover his story when I had a gap.

I must admit that already at that time the heated situation led me to search for information without much success, and I even pulled some contact with roots in Russia to see if it could shed some light on the subject. No luck, so the idea was kept in a drawer waiting for me to hit on it.

And since the dawns of MultiVersus during this August have been considerable, waiting for the servers to be reset to be able to access the new missions of the day, the crazy covers of Dino Crisis they came back to my mind as if by magic and I decided to use that down time to give the idea another chance. This time there was luck.

I admit that at that time, beyond the clone consoles and the piracy festival that was Russia back in the 90s, my knowledge of the Russian video game market was pretty poor, so apart from googling the image without much success to find a thread to pull from, the only thing I could grab on to was the logo resting on the bottom right of the image.

Although the name and logo sound familiar to me, I did not know that Akella had been the company in charge of bringing several sagas and games to the Russian market through agreements with Western brands, including Ubisoft, and that it had also financed its own developments. But as expected, that also had a twist.

Of all the Western pages, the only information reliable evidence he had managed to extract was that the first Western game brought to Russia by agreement was PODmythical racing game of the aforementioned Ubisoftin 1997. However, the company had been founded in 1995 by a group of programmers who had been active since 1993.

The dates did not add up too much, but the dilemma between their official titles and what was affirmed from the beginning was even more surprising. certain forums. While the number of official games amounted to 50 between own and localized titles and expansions -none of them Dino Crisis or any other title capcom-, the total number of titles sold in Russia under the seal of Akella numbered more than 800.

Read:  The Orange Days of PcComponentes are back with incredible offers

Although at this point it is relatively easy to guess where the shots were going, the closing of Akella in 2012, due to multiple lawsuits and problems with creditors, he finished shedding light on the matter. That the company ceased its activities in 2012 but continued technically active I just rounded it up.

The key, as any son of a neighbor is probably thinking right now, was piracy and the complex Russian market until Steam and the rise of console gaming managed to stabilize the situation. To understand it well, however, you have to look at what it really was at that time.

The controversial Russian market of the 90s

Apparently the distribution costs in Russia they were high enough so that, in exchange, it would not be profitable to take them there officially. Russian salaries were far from being able to afford the cost of a game with its corresponding localization, so, to adapt to the market, the titles that in these parts cost around 60 euros at the current exchange rate had to be sold there for about 3 euros at the exchange rate to be affordable for the population.

As the numbers did not come out, the companies decided to ignore this market and the Russian players looked for the chestnuts on their own. How? Locating the games themselves -some even folding them- and selling them in the form of pirated copies in markets.

The groups of programmers with the “adaptations“The most famous ones ended up creating their own labels, thus giving shape to fake companies like Fargus that, in the absence of official agreements with the companies that created the games, served as intermediaries to shape those localized copies that were later acquired by other companies to put their stamp.

The barbarities that were carried out in these locations, sometimes even changing the name of the game and part of the narrative and dialogues -a bit in line with what was done here in its day with American series such as The Simpsons or The Prince of Bel-Air-, is a story for another day, but at least now we can better understand how it is possible that covers like these really existed and were seen as the Official version by Russian players. To them, at least in a sense, they were.