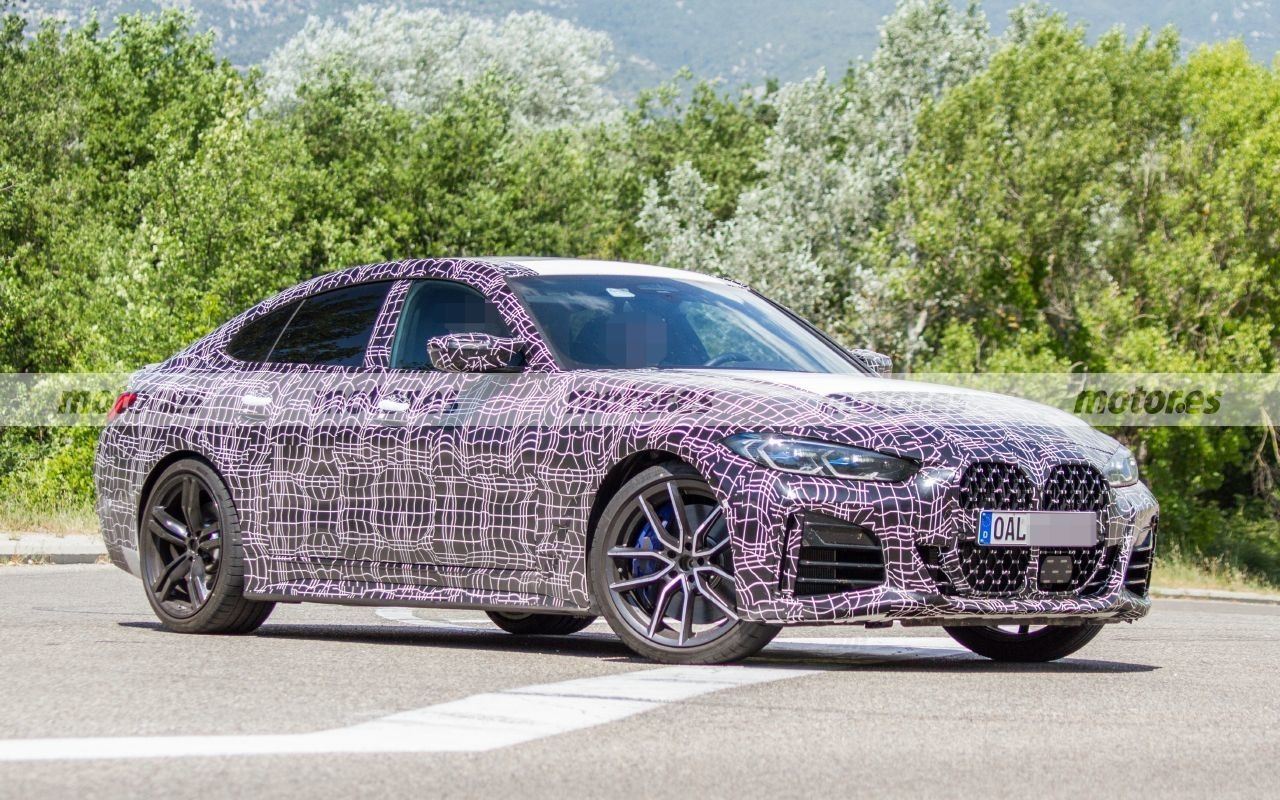 Just a few days ago we sighted the first mules of the future ALPINA B4 Gran Coupé. The Bavarian sports saloon, for the first time, will have a special variant in the preparer, an option that can be considered as the M4 Gran Coupé that will never arrive. The new model has been confirmed by those responsible for 2022.

The interview that a German media specialized in BMW has carried out with Andreas Bovensiepen, the head of ALPINA, has not only made it clear that his customers do not want to hear about hybrid or electric transformations, remaining faithful to combustion. Something that will not be possible in the next few years. However, that interview has also confirmed what we already knew: there will be a ALPINA B4 Gran Coupé.

A model that we hunt in spy photos just a few days ago in the south of France, carrying out the first tests. The tuning specialist already has units but at a very early stage, without having the details of this firm and that it prints on its models. Buchloe’s will be based on the most powerful version of the BMW 4 Series Gran Coupé, the M440i xDrive, revealed by the exhaust trims arranged in the shape of a trapezoid.

A more practical and versatile bet demanded by customers compared to two-door models. And it is that, like the 4 Series Gran Coupé it will be transformed into the new B4, the two-door body will disappear. This was pointed out by Bovensiepen in the interview, noting that “Basically, we have expanded our model range more towards SUVs. Unlike M, we are relatively focused on cars and sedans. Coupé and Cabrio always had a slightly lower demand. Of course we will bring back a coupe, but probably one with two more doors».

There are more words and guesswork. The future ALPINA B4 Gran Coupé will arrive in spring 2022, keeping the inline six-cylinder 3.0-liter biturbo engine that yields a maximum power of 390 hp, along with the 48 Volt technology that comes standard, but will replace the standard turbochargers with ones with higher boost pressure and a new engine control unit. Just enough to get an extra power that will not go beyond 450 hp.

An already respectable figure but one that also avoids getting fully into the M4 barrier, despite the fact that the German manufacturer will not offer an extreme version on this model. New front and rear bumpers, with a more aggressive look at the front, a very thin and discreet spoiler installed on the edge of the tailgate, the characteristic multi-radio alloy wheels and the brake calipers in a very particular shade of blue will be the highlights. key details, along with two spherical exhaust pairs. What remains to be seen is whether ALPINA will also mess with him M440d xDrive, a sportier diesel version which, like the XD3 and XD4, can broaden the spectrum of customers.

First spy photos of the new Alpina B4 Gran Coupé 2022

How to record audios in a PowerPoint presentation – quick and easy