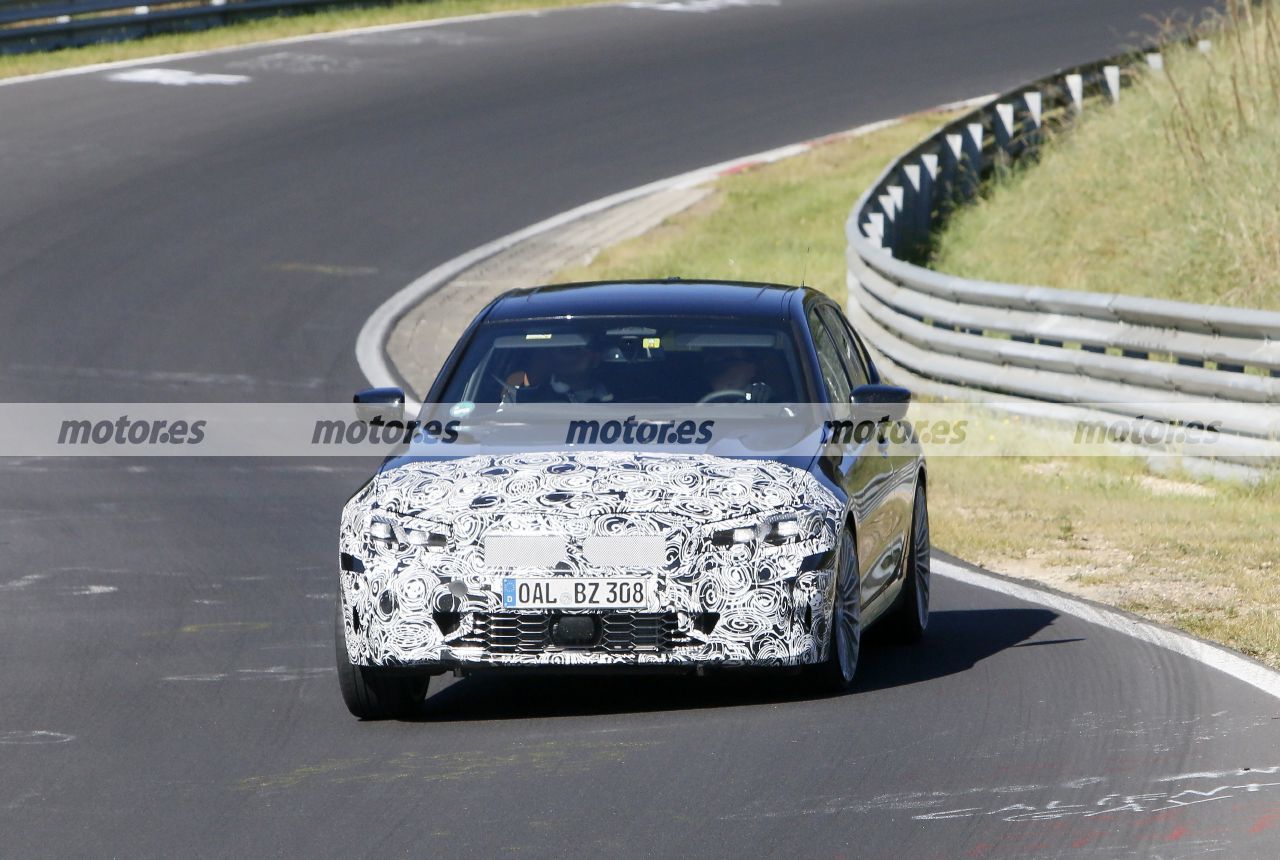 At the same time that the prototypes of the BMW 3 Series Facelift already roll, the Alpina equivalents also shake the asphalt of the Nürburgring circuit. The Alpina B3 2023 facelift is underway, in view of those new spy photos.

The prototypes of the BMW 3 Series Facelift 2023 they have already been seen camouflaged on different occasions around the Munich headquarters and more recently on the Nürburgring circuit testing the new dynamic and mechanical improvements that it will offer in the second half of next year.

At the same time, Alpina has also started the test program on the German track of its sports offering based on the BMW saloon. The Alpina B3 Facelift 2023 has been hunted in a spy photos thoroughly, betrayed by the three characteristic letters of its registration, those of «OAL». Camouflaged units hide the new thinner and flatter headlights, grille and a specific bumper with generous air intakes.

The Alpina B3 Facelift poses in spy photos

The revised Alpina B3 also features your usual alloy wheels in multi-spoke design and its blue painted brake calipers. From behind, the taillights will also undergo a change, which will be standard with the BMW model, while the bumper will also be redesigned with new lines. The four oval exhausts at the ends of the rear are not definitive, as they will have chrome trims.

The Alpina model will benefit from the novelties that the Bavarian model will offer in the interior, highlighting the new digital instrument cluster with associated touch screen, the same display system presented in the BMW iX, although in the B3 it will have its own graphic illuminated in blue. The preparer will continue to offer the arsenal of

Read:  The Stormtrak and Wolftrak editions of the Ford Ranger already have a price in Spain

The Alpina B3 Facelift will be presented in a year, going on sale in early 2023. The model will keep the same gasoline engine of the current model, the powerful 3.0-liter TwinPower Turbo six-cylinder, although its control unit, turbochargers and intake ducts will be new to offer a maximum power of 490 hp, which represents an increase of about 30 CV. The 8-speed automatic gearbox will also be revised.