Bullfrag
Home Technology Automobiles Alonso: «I didn’t get to think that I would never be the... 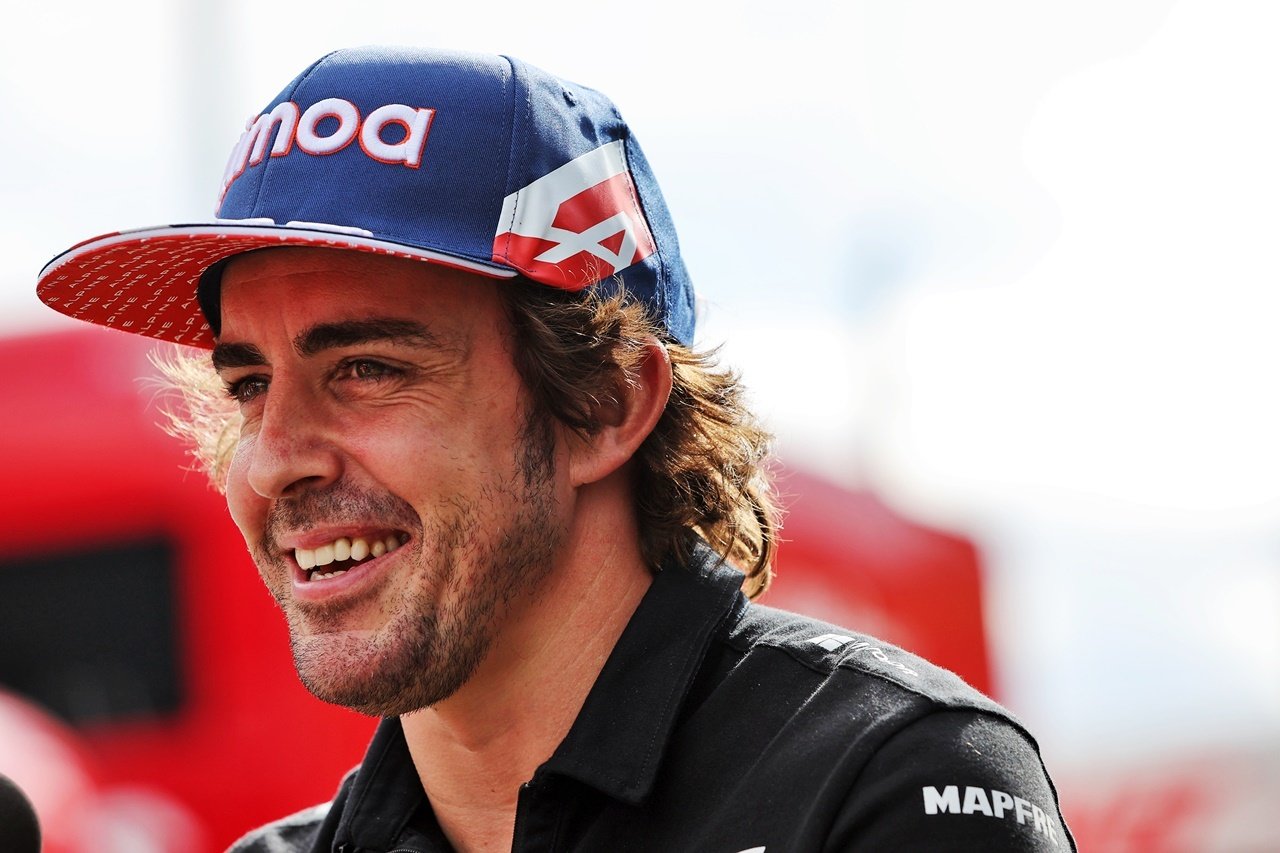 The Spanish Alpine driver has reviewed all the key points on his return to Formula 1, which has meant for him to return to his original level and what awaits the ‘Gran Circo’ with him in 2022.

To their 40 years, Fernando Alonso Díaz will face the Hungarian Grand Prix together with the Alpine team after having returned to Formula 1, the sport that saw him grow, precisely one year before the regulatory revolution that the FIA ​​and the top leaders of the reigning category motorsport takes effect.

Two years away from the ‘Great Circus’ circuits, with experiences as far removed from what he was used to as the Dakar, they made him ‘unlearn’ certain things that he had done a thousand times and must have remember at forced marches with Esteban Ocon. Although he has finally reached the level he likes, Alonso has gone through different stages.

“None. Everything remains the same”, Alonso commented in an interview with I amMotor when asked about the possible differences that he finds between the Fernando of 2005 and 2006 with the current one. With the “illusion of repeating the successes of the past” intact, partly because of the “hope in the new rules”, # 14 sees “difficult” to repeat those images of the blue tide.

“Hard. I look at it with admiration and I enjoy the moment, with the fortune of having lived it in the first person and that it was for us, for Renault and for me. We were few of the lucky ones who had a whole circuit, “he said. The closest thing to this tide has been the invasion of Dutch fans thanks to Max Verstappen. “He put the TV on Verstappen,” he revealed about his time without cars.

After having to take a step back in his statement that it would cost him 3 or 4 races to be at the highest level again to recognize that they ended up being 6 or 7, as he himself indicates, Alonso acknowledged that what has cost him the most It has been to understand the front tires.

“The front tires are a bit more difficult this year,” he argued. «There are those that make the curves more to ‘v’, that make the curves more round … Personally I wanted a somewhat harder steering wheel, the steering was too soft for me. I need a steering wheel that gives me different hardness in entry, middle and exit of the curve to see how the front wheels are doing, the grip, if they have already passed the limit of the grip or if not, “he explained.

«My driving style historically, which was always seen on the on board, was of take a swerve at the entrance of the curve, and from then on I was feeling the front wheels what they were doingIf the steering wheel got softer, it was because they were already giving way; if it got harder it was because they had too much grip and the back was going to whip you sooner or later. I feel everything with my hands and with the front end normally. If they take that away from you … I’m dead, ”Alonso revealed.

READ:  Wells Vertige: a new classic British sports car with 221 hp and only 850 kg is born

While “other drivers drive the car with their bodies or with other things”, the two-time champion’s touch with the steering wheel is essential for his driving. “For me if they take off the front wheels I am helpless. In a corner, what the car is going to do … I can’t predict. We have worked in that sense when it comes to having a lot feeling with the steering wheel, “he added.

Asked how he dealt with criticism, Alonso was blunt. “I did not get to think that I would not be the same as before,” he said, emphasizing that for him everything was, from the beginning, a “adaptation period” that he “surely hoped it would be faster.”

“F1 was a more natural thing for me. In Monaco I was hopeful, I was left out of Q1. The reviews … not that I liked them, but I saw it as a blessing, because it was just a matter of time that if he did 10th it would be valued. If he was always ahead of Ocon he was going to say as always, that my partner was not at the level and that the car could give more », he confirmed adding that in France it did not do« anything special », but that« it was sold as a ‘ super race ‘».

As for the fact of not winning, something that he got used to in the past, Alonso acknowledged that, although “I have not yet digested it”, at the moment it does not eat him up at all since “I am not in a position to fight ». “If I’m in Mercedes or Red Bull and the other wins … it would be a volcano”, he claimed.

That the 2022 cars improve in traffic to the current ones is his greatest ambition for next year, since currently «when you go out with eight cars ahead it is inconducible». Finally, Alonso stressed that turning 40 on July 29 is not something that worries him.

“Fortunately, in my sport the clock is the one that rules”

“I’m not sorry, maybe one day I wake up and I’m sad, but right now I don’t think it matters too much. Fortunately, in my sport, the chrono is the one that rules, and physically you have to be acceptable. If I had vision problems or something … it hasn’t happened to me and I don’t think it will, I have a birthday and I feel good. In the mirror I still see myself very young. I’ll be there until my body calls me, F1 has fun and is competitive. I am having fun», Concluded Alonso.

How to Type Faster on the Keyboard – Learn to Type