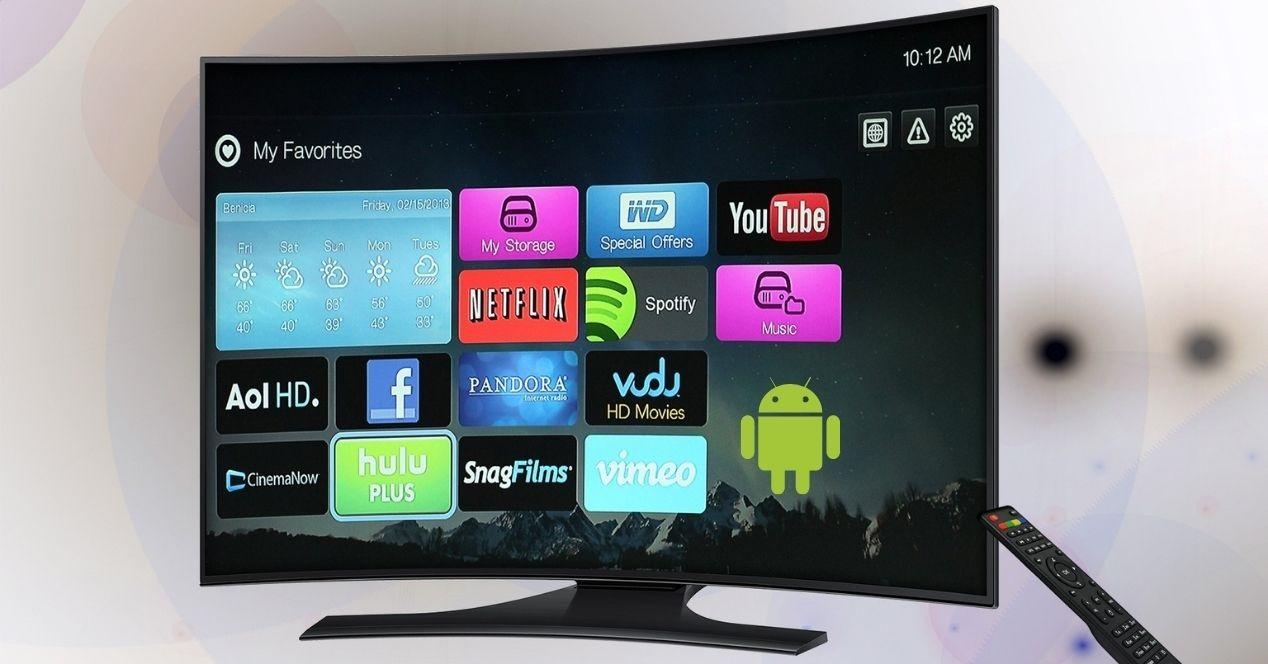 It stands out for being compatible with a large number of television functions, such as Dolby Atmos and 4k UltraHD, among other. The better the Smart TV in which you have or install it, the more you can take advantage of all its possibilities. Depending on each television, you can find differences compared to others despite having Android TV both. Therefore, it is important to make a good decision if you are thinking of buying a new television or adapting your Smart TV to this Google platform.

One of the first ways, the easiest to implement, but not exactly the cheapest, is to buy a television that you already have Android built-in. It is the most suitable solution if your smart TV (or not) is many years old, it is already beginning to present failures, you are looking for one that has greater features or dimensions or you simply consider that it could be a good investment.

Android TV is pre-installed by default on televisions of many brands, specifically televisions Philips and Sony. Also in some models of televisions of brands such as Hisense, Sharp, OnePlus and others. TLC announced in 2020 that it would sell its low-cost Smart TV 3 Series with Android TV installed at Best Buy.

Some Models They are Sony KD-55XG8196BAEP, Sony KD-49XG8196BAEP, Philips Ambilight 43PUS7304 / 12, Xiaomi Smart TV P1 and many others. The best thing is that you choose one that adapts to the dimensions you need, features and characteristics, among other aspects, so that you can find the most suitable one with built-in Android.

It is important to check in the model itself if has Android TV or with another operating system if what you are looking for is to buy a new TV with Android. Nowadays, more and more models include it, and it is easy to identify on its box. These Smart TVs stand out for having the Google Play store through which it is easy to install apps such as HBO, sKy, Kodi, Amazon Prime Video and many others that are included there.

The TV box They are devices through which you can convert your Smart TV, or conventional television, into a new smart model with Android operating system. In this way, you will be able to access an easy-to-use interface with many possibilities and all the available features. You will be able to access a large number of contents In this way, that is why we are going to show you some of the main devices that fulfill this function effectively and that you will want to have, each of which has its own characteristics and price.

The following are some of the main models of official players What will you want to have to have? Android TV on your TV. We could mention Amazon’s Fire TV Stick, although in this case we do not do it since its operating system is Fire OS 7, although it has been based on Android 7, another option to consider if this is what you are looking for.

This is a Stick equipped with an operating system Android TV 9 and Google Assistant, with a capacity of 1 GB of RAM and 8 GB of flash memory. It can be connected by HDMI and micro USD for charging. It has Dolby Audio and DTS-HD sound support. It is easy to configure from your television, as it is also from a smartphone if you include it in the same WiFi network. It is easy to install and you can include different applications with it.

Xiaomi Mi TV Box S It is a more powerful model with high responsiveness with Android 8.1, 2GB of RAM and 8GB of storage, wired and WiFi that has premium Dolby and DTS audio. It consists of a multimedia player 4K ultra HD which includes the Google Assistant and Chromecast built-in. You can see your screen small to big with a touch thanks to SmartCast. Supports Bluetooth, WiFi and USB connections.

Google’s Chromecast has the operating system Android TV with Google TV and a weight of only 55 grams. It supports Dolby Vision, HDR10 and HDR10 +, Dolby Digital, Dolby Digital Plus and Dolby Atmos formats. It has a higher price than the previous one, with similar functions, although with a resolution of up to 4K at 60 fps. It is very easy to connect, configure and control by voice. You have direct access to services like YouTube or Netflix.

If you want to save on your purchase, you can acquire the model for a cheaper price Google Chromecast with which to play your movies, TV shows, series and much more on your TV easily. It works with a large number of streaming applications.

Nokia TV Box Android 4k UHD is a device of the brand through which you can have Android on your TV and access your favorite services, such as Netflix, Amazon Prime, Disney +, with the possibility of using the Google assistant. Comes with Android 10 and Chromecast built-in and a remote control bluetooth.

It includes 4K UHD support. Its price is somewhat higher than the previous ones, but it provides a good image with high contrast and rich colors. Its remote control has a light, so you can use it even at night.

Read:  Do you want to try a folding? Samsung lends you the Galaxy Z Fold 3 and Flip 3

Nvidia SHIELD TV Pro is a faster, smarter product with a new design and Dolby Atmos and Dolby Vision that changes your television experience and includes the built-in Google assistant. To enjoy the best content on your Smart TV with excellent quality.

Has 3 GB of RAM and 16 GB of hard drive capacity with a powerful processor that makes it ideal for gaming and entertainment. It comes with Chromecast 4K built-in and many cool features, so you can enjoy Android TV on your TV with it. It is not the cheapest. You can also select the Shield TV, although the price is still higher than previous models.

Another good idea to have Google on your TV are the players with Android not official, which stand out for being cheaper in some cases for being less known. They may not have some of the functions of the previous ones, but they will be more than enough if you are looking to have this operating system on your TV and do not want to spend a lot of money.

To take advantage of its advantages, you only have to choose the one that interests you the most, connect it to the power and your television, turn on your television and select the HDMI input and configure with the remote control. Once you connect it to your home WiFi, you can access Google Play and install the applications you want.

It is very important that you take into account when selecting that they are adapted to what you need and are compatible with the applications or services that you are going to use, as well as if they are reliable, they have good opinions and they have adequate technical support.

This TV Box has Android 7.1 operating system, with an Amlogic S905W Quad Core Cortex-A53 processor and Mali-450,5-Core GPU. Thanks to this and his memory RAM 2 GB DDR3 with 16GB storage EMMC Flash is perfect for playing movies in 4K resolution. Includes a mini keyboard Wireless with 8 multimedia function keys for ease of use. It has single band WIFI, 2.4 GHz.

You can remotely access different internet services such as Netflix, Chrome, YouTube and many others with good results, so it may be another option to consider. Stand out for being a model powerful at a competitive price.

Has connectivity USB 3.0 and Bluetooth 4.0 for speed. It is an interesting solution to make your TV more intelligent, functional and with Android. Of course, it is interesting to know the models of televisions that it does not support.

Other ways to have Android on a TV

In addition to buying your television with Android incorporated and resorting to different TV BoxThere are other ways by which you can have your favorite operating system on TV, so we are going to comment on them so that you can go beyond conventional solutions if you are not interested in resorting to them for whatever reason.

Once we have this operating system on our computer by any of the chosen methods, transferring it to the television will be as easy as with any other content. We can do this by turning to HDMI. You can also do it with VGA / RGB or DVI and an additional cable. Another simpler option is with WiFi, sharing screen.

Another thing we can do is convert our Raspberry Pi on an Android TV and configure it with our Smart TV to take advantage of the functionalities of the operating system that we have used. With this plate, if we have one at home or make the decision to use it, we can do practically everything. With software Etcher we can install Android TV on the board.

One thing you can do is download Android 9 with the system LineageOS. Thus, we will have the operating system without Google services that can be installed after going to the configuration and build number. Developer permissions will have to appear, and then follow the Android TV services starting with Google Play Services. We can install the Open GApps and it would be, without having to carry out too many steps. It is not the most suitable option for this purpose, especially if you do not have the plate or do not handle it very well, but it is possible. It is a good idea if we have everything we need for it and we are not going to use it for other things, or our use is occasional.