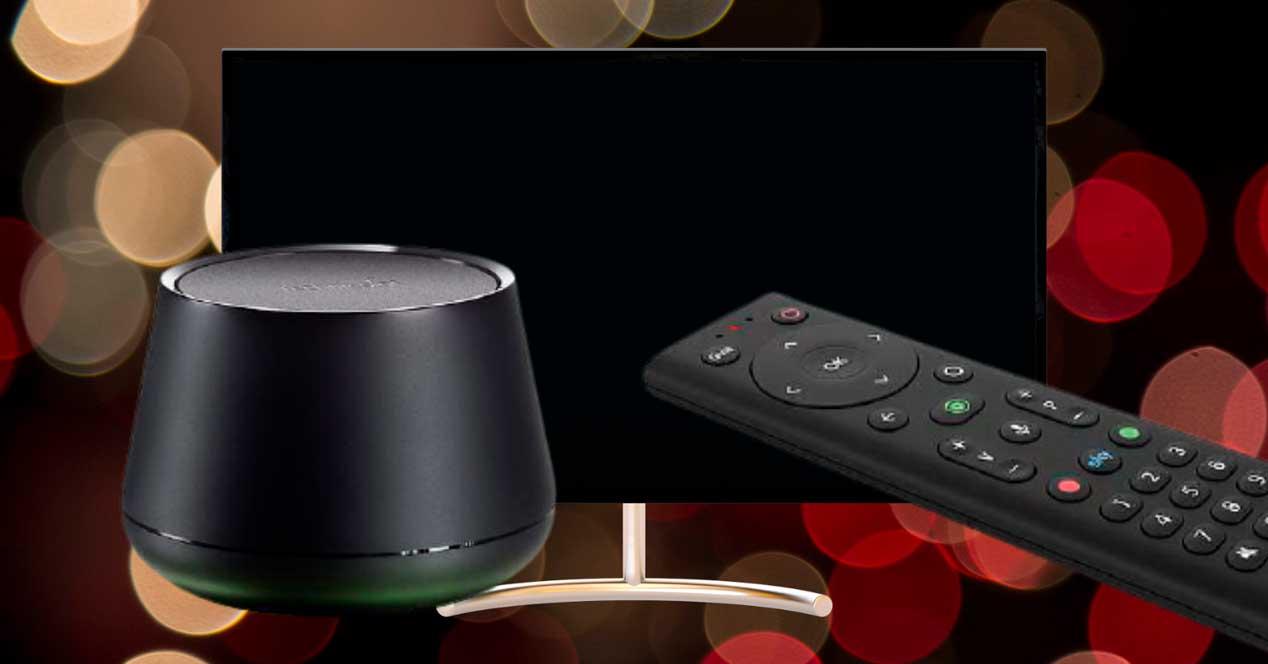 They are the same as always and there is nothing “new” in them, but we have more control than if we see them from conventional television since we can stop them, rewind, play from the beginning and many other functions.

AXN can be seen on Agile TV and is one of the classics if we want to see series. A channel owned by Sony that broadcasts series and movies of all kinds. It is available only on pay TV platforms and on Agile TV we find it on dial 22. AXN describes itself as a channel “for a young adult audience, fans of movies, action and adventure. With the maximum variety and quality in its programming offer: international success series and cinema that make AXN the number 1 channel in both satellite, cable or ADSL. With the highest image and sound quality: 24 hours a day of programming entirely in Spanish, in stereo and with the possibility of enjoying it also in subtitled OV. AXN is a unique TV channel, defined by emotion, adventure and entertainment “

AXN Now is AXN’s on-demand service and is available on Agile TV in addition to other platforms such as Vodafone TV or Movistar +, for example. From their own website they are defined as “More than 1,000 hours of content a year between exclusive premieres, full seasons of hit series already broadcast on the channel, new series seasons and previews before broadcasting on the channel.”

AXN White is the AXN channel that seeks to broadcast “Series that gladden the spirit”, as it was presented on its arrival in Spain in 2012. It began its broadcasts in Portugal and arrived in our country that same year. It is one of the Agile TV channels and has fiction series, movies. Generally focused on comedies but we can see all kinds of content such as Community, Little Liars, Smash or current series like Suits.

Fox is an American television channel that you will know for The Simpson. In Spain it can be seen by subscription and it is one of the channels offered by Agile TV and in which we can see mythical series like CSI but also other current popular content like New Amsterdam, for example. Cartoons like Shin Chan or The Simpsons are broadcast every day on this channel in addition to the popular The Walking Dead with all its seasons, prequels and sequels.

In addition we also have access to Fox NOW which is Fox’s on-demand service and that allows us to see the contents whenever we want without having to stick to what is in the programming every day. We can see complete seasons and access all the contents of series such as Prison Break, Vis a Vis …

Nat Geo Wild is the channel dedicated exclusively to everything related to animals and wildlife. The animal and environmental documentaries that we regularly watch are being broadcast continuously through this dial. For its part, Nat Geo is a channel where we can see content of all kinds: animals but also engineering, history, science …

In addition, we also have access to “Now”, Which is the on-demand content section that allows us to see everything we want even if it is not being broadcast.

Among the Agile TV children’s channels we find: Disney Channel, Disney Junior and Baby TV. The latter is a channel specialized in babies, as its name suggests. Very basic, colorful and musical content designed for children under three years of age. They are very simple and repetitive cartoons, colorful and generally with catchy songs that help to maintain attention.

Read:  The chip in the Apple Watch Series 7 is (almost) the same as the one in the Series 6

For its part, Disney Channel and Disney Junior. Disney Junior is the heir to Playhouse Disney until its name change in 2011 and is focused on preschool-age children. Television series for children and preschool audiences. In addition, on Agile TV we can also see Disney Channel, which does not need an introduction and has been broadcasting since the eighties. We have seen well-known series such as Hannah Montana or Lizzie McGuire and it is currently designed for children and tweens with cartoons but also movies, comedies, etc.

There are other channels on Agile TV themed. One of them is Escape tv, a channel dedicated to tourism and travel that is the substitute for Viajar and that has contents related to tourism around the world, documentaries, etc.

And other thematic channels like BOM Cinema which broadcasts in several autonomous communities through DTT% but we can see it from anywhere with the payment service. ONE movie channel of all genres with new movies every day.

In addition, completing the leisure offer is also the Hearst COSMO channel. Launched in 2000, it broadcasts entertainment shows, series and movies. It is a pay channel included in Agile TV and offers cooking and decoration programs (in addition to reality shows, for example) or fiction and current affairs series.

Other services: Videoclub and applications

Beyond the Agile TV channels there are other services that we can hire.

Beyond live channels, Agile TV has a video store service that allows us to pay for a movie if we want to buy or rent it. To do this, we go to the corresponding menu in the interface and we will access the option to choose a movie that we like and have it for a limited or unlimited time. We can see a file with all the details and a trailer that will help us decide if we want it or not. In case we like it, we can see its price.

We can rent or buy. The only difference lies in the time in which we are going to have that feature film available to watch. And, of course, in the price. If we want to rent it, we can see it for about 48 hours once you start playing. If you buy it, you can see it whenever you want and whenever you want.

Some operators allow us to access exclusive promotions with Agile TV that allow us to enjoy deco-compatible applications. Agile’s service includes a series of channels, but it also allows us to download streaming applications to watch series and fashion movies. For example, we can download Netflix or Starzplay or HBO Max or Disney Plus. But to see any of them we need to have an account that we will have to pay beforehand.

For this reason, operators like MásMóvil allow us to try some of these services or these applications for free without having to pay for them for a while and to decide whether or not we want to continue using them. Flixolé, for example. MásMóvil offers access to the contents of FlixOlé for 2.99 euros per month, but with a completely free month without having to pay it. You can see all the series and Starzplay channels for 4.99 euros per month with no commitment to stay, but we can try it for free for a week at no cost if we are clients of the yellow operator.

Although it does not include it as a discount, we can also access others such as Netflix, Amazon Prime Video … They are an extra to the Agile TV channels that allow us to have more content available on the same device.