Bullfrag
Home Entertainment Fashion all about the wettest pleasure 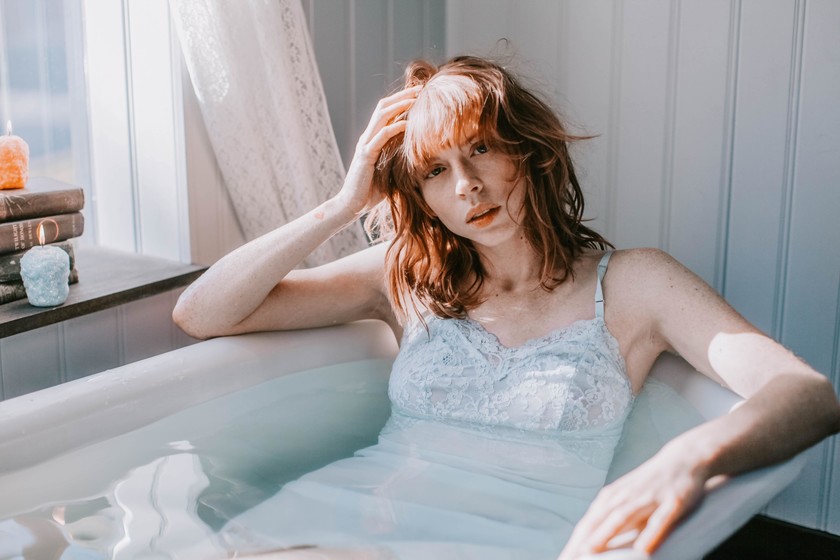 What is it really: is it pee?

One of the great doubts that this generates from squirt is its composition, is it urine?

One of the best known studies in this regard, carried out in France in 2015, concluded that, indeed, it is, for the most part, urine, although it also contains a small part of prostate fluid (from the Skene glands).

However, we should not confuse it with coital incontinence, a disorder that causes women to urinate during intercourse.

Despite its blunt conclusions, it is important to note that the study was conducted with only seven women, so that methodologically not very consistent and, therefore, the results should not be generalized.

The truth is that it is a phenomenon that, despite what many believe, does not occur exclusively in the field of adult cinema: Rebeca, 34, tells us about her experience.

What do you feel when it happens to you?

I feel a sense of release that spreads from the inside out. My pulse is racing and my heart beats very fast, sometimes I even hyperventilate. When I have the sensation, I accelerate the pace of the posture that I am doing, I go faster.

Can you control it?

Not really, although I think it “inhibits” if you mistake sensation for urination. It has happened to me that when I feel the sensation I have been alert, and in the end it has been cut, or it has not been as abundant as other times. The mind plays a fundamental role.

Can you have it at will?

No, it usually happens when I am focusing on enjoying myself, without thinking about what is happening to me (without rationalizing), letting myself be carried away by the sensations. As an intrusive thought is introduced (of the type: I am going to pee or I do not know how I feel) it usually disappears.

Does it always happen to you with an orgasm or does it sometimes happen without it?

I can’t tell you 100%. From my experience, it usually happens to me with orgasm.

What do your partners tell you?

They usually like it, it is not a problem. Some want it to always happen to you, and that becomes overwhelming, because it seems that for them it is like a “triumph” and they want to achieve it at all costs. It usually surprises them, and also misses them. But the answer is usually positive.

Do you like it or would you prefer it not to happen to you?

I like it, but the staining of the bed sometimes worries me a little. Sometimes when it happens to me, I still don’t believe that I have ejaculated and check for urine. But it doesn’t smell like one, and besides, most of the time I’ve been to the bathroom before, so I doubt that’s it. I think that because there is not much information about it, you feel happy, but at the same time confused.

Orgasms, when it happens to you, are they more intense?

I feel them somewhat differently than when I directly stimulate the clitoris. They are outward, like explosives, over the whole body, not so localized in the genital area, you don’t feel the contractions as intense. The body tenses, but not as tight as when you are receiving clitoral stimulation only. I feel like a sensation of projection, of wanting to push, rather than contract and tense. I don’t know if I explain myself … it’s hard to put into words.

Read:  Street style inspires us to wear loafers with socks and join the viral trend of 2022

Although there is still no common agreement on the matter, the current consensus is that no, not all of us can have it since it requires a structure and an anatomy that not all of us have the same developed:

At squirt the G-spot (which is more than a point is an area, and that not all women have developed in the same way) and the Skene glands come into play. These glands are similar, so that we understand, to the male prostate, and they are different in each woman, so that not all of us produce the same amount of prostate fluid.

A study conducted in 1994 determined that only 6% of the participants had ever experienced this from squirt.

However Samuel Salama, author of one of the studies cited above, states that “all women can experience it … if our partners know how to do it.”

Part of its success as an object of pornographic consumption, and its conversion into a sexual holy grail, in the treasure at the end of the rainbow, is that makes visible what until now was, in quotation marks, between many quotation marks, invisible: female pleasure in general, and the orgasm of women in particular.

Female sexuality has historically been invisible: pleasure, anatomy, needs, desires … The prevailing model, the measuring rod, has always been phallocratic, masculine, which is why something so difficult to see, especially in the eyes of a man, and a science too masculine, as is feminine pleasure, was even more hidden.

In this male and coitocentric model, penetration and orgasm have been erected banners of good sex, of “real” sex. And what better way to assert that this goal has been achieved than with something explicit, physical, measurable, visible, tangible … and wet, like male ejaculation? That is why the squirt makes so many fall in love: because it shows, because it resembles what they know, because it gives certainty.

If you want to try …

To the squirt is reached, if your anatomy allows it, by stimulating what is popularly known as the G-Spot, that is, the area that is located on the anterior wall of the vagina (that is, the one that is furthest towards outside, pointing, say, to your mount of venus, to give you an idea).

Performing what are known as Kegel exercises at the same time or tightening and relaxing the thighs and pelvic area can also help enhance pleasure.

And what else gives…

If you have never experienced it and want to start your search, go ahead, but do so on the basis that what is pleasant (and what is fun) has to be the way, and that the goal, the real one, is your pleasure, whatever it may be.