Alfreda S6, a crazy eScooter in which nothing seems to be in its place (but beware of its price) 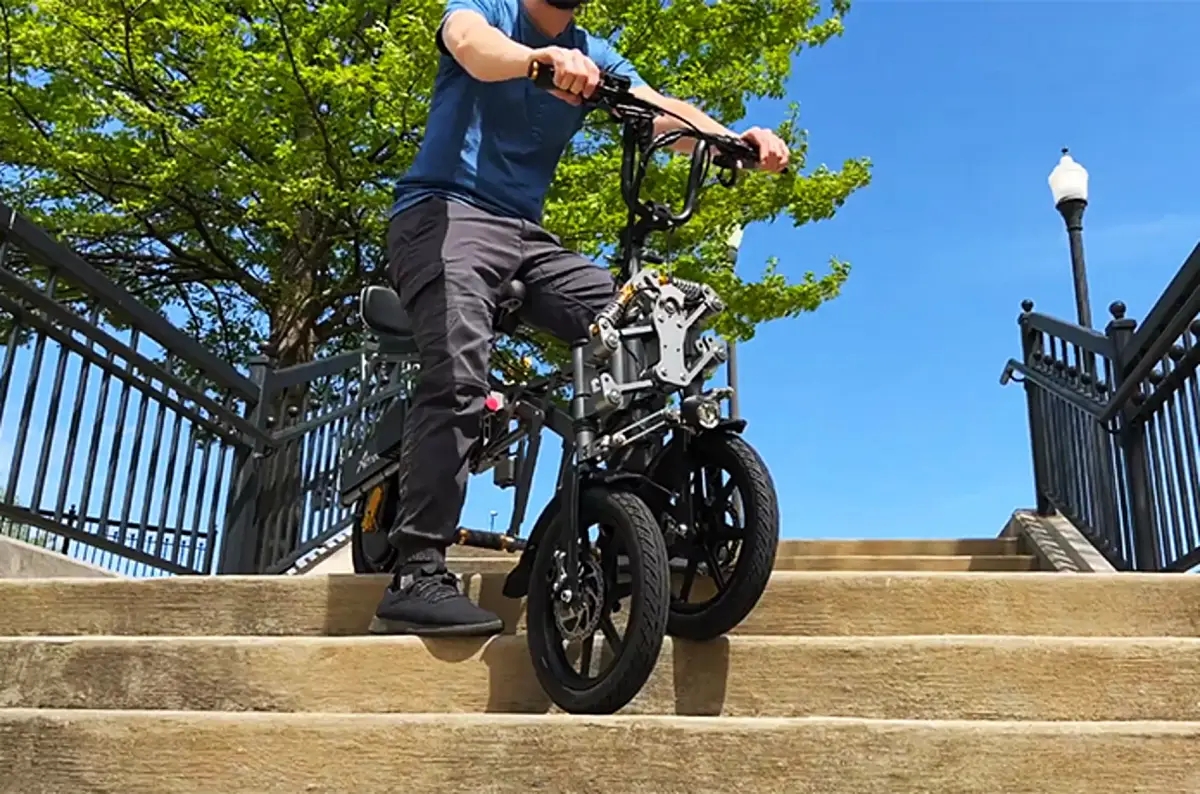 This wacky reverse trike catches the eye of everyone who rides it around town. The electric Alfreda S6 is a unique urban vehicle with a futuristic design that would not look out of place in a post-apocalyptic movie.

Alfreda began her career in the mobility sector in 2016 and, since then, has been characterized by her singularity and unique vision of what an urban microvehicle should be.

His latest creation, the S6, is a good example of this, since we are talking about a three wheel escooter, which is in itself a surprise. If I also tell you that these are placed in the opposite direction to the usual, that is, two in front and one behind, it draws even more attention.

However, this is not its only striking quality, in fact it is not the most striking of all.

The Alfreda S6 is able to tilt laterally up to 40 degrees. This is possible not only thanks to its three wheels, but above all to its articulated aluminum frame formed by various pivots that give it truly remarkable agility and adaptability.

The suspension structure is combined with what the manufacturer calls articulated quadrilateral structure (AQSS) and 2 front wheels. As we have already mentioned, it can maintain a maximum lateral deviation of 40 degrees without falling over, which ensures safety and stability even in high-speed cornering or small turning radius situations.

In addition, the 2 front wheels have a maximum vertical travel of more than 11 inches, so it has superior shock absorption and easily crosses obstacles.

Read:  The most expensive car in the world and its 9 shocking pursuers

“Therefore, Afreda S6 adapts to any road condition with a more stable body posture, increased grip and shorter stopping distances than any other electric bike with 2 wheels”, says Alfreda.

At first glance, this electric scooter, the Alfreda S6, may seem cumbersome and heavy. But the truth is that their 25 kilograms there are not so many if we take into account that its folding system is extremely simple: just pull the rear part of the saddle up to turn the S6 into something similar to a golf club bag with wheels, which you only have to pull to move it.

Focusing on the technical section, the version for Europe uses a 250 W electric motor offering 35 Nm of torque and a maximum speed of 35 km/h. Of course, its 48 V and 7.8 mAh battery does not go far: 30 kilometers for the Lite version and 60 for the Pro version.

Finishing with its price, this is lower than you might think, since the European version of 250 W is priced at 2419 euros on the manufacturer’s website.