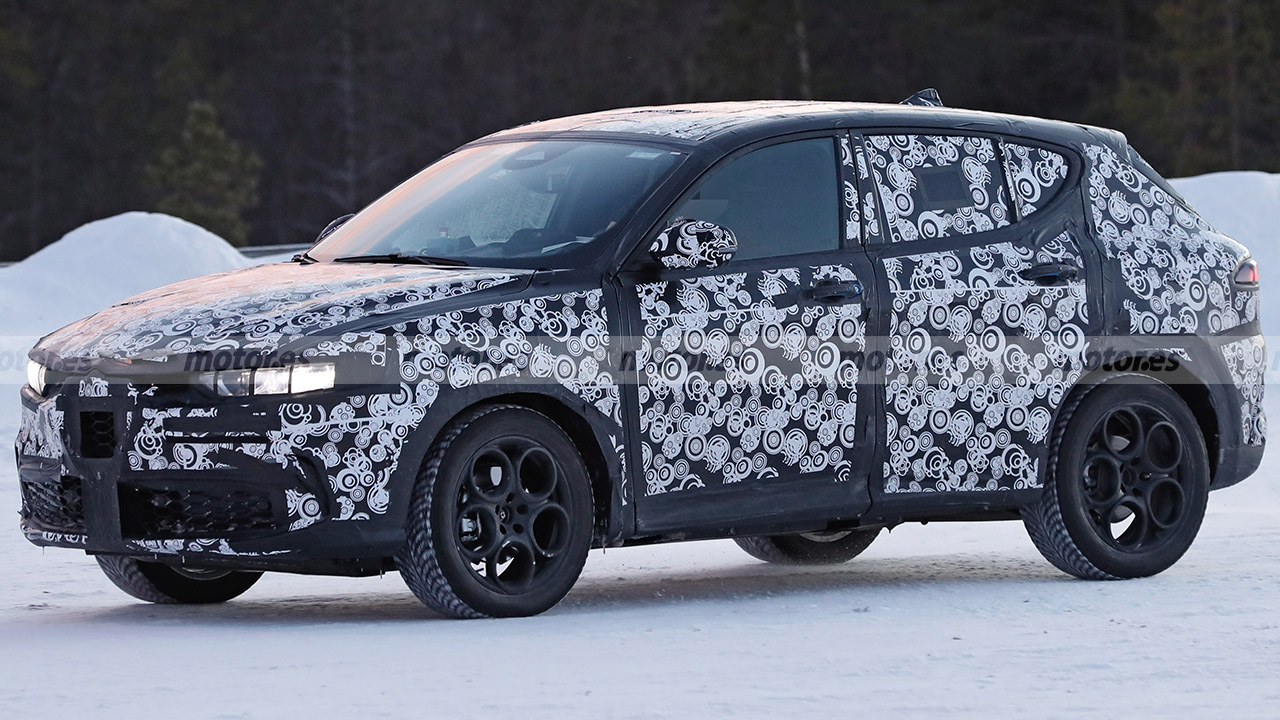 The development process of the new Alfa Romeo Tonale faces the final stretch. Alfa Romeo’s long-awaited SUV will soon experience its debut in society. A model that is called to play a leading and determining role in the most immediate future of the company. Both for the category in which it will deal and for its commitment to electrification.

Alfa Romeo is working at full capacity on its new model. The process of development of the Alfa Romeo Tonale already faces the final stretch. In the absence of a few weeks to experience its debut in society, the iconic Italian firm takes advantage of the moment to carry out winter tests in northern Europe. More specifically in the region of Scandinavia.

Once again, the new Tonale has been photographed in broad daylight. Specifically, a small fleet of prototypes were spotted conducting tests in extreme conditions. Snow, ice, low temperatures, etc… And what is equally relevant, these prototypes were accompanied by a BMW X1, one of the models used by the company as a reference.

On the other hand, and no less important, we must pay special attention to the loss of camouflage that has occurred both in the front and rear. Specifically in the optical groups, which leaves them partially exposed. In recent months we have witnessed the removal of camouflage abroad. This has made it possible to find the connections in terms of design that there will be with the Alfa Romeo Tonale Concept. A concept car that anticipates the production model.

At the moment the Alfa Romeo Giulietta left the market through the back door, the popular brand abandoned the C segment, one of the most relevant categories in the automotive sector in Europe. And it is that compact vehicles concentrate the bulk of new car registrations. The new Tonale marks the return of Alfa Romeo to this competitive segment.

Alfa Romeo is aware of the “SUV fever” that plagues the European market. Approximately 50% of new cars sold in Europe are SUVs. That is why the brand has bet everything on this formula in the product offensive that it will carry out in the coming years.

The Tonale is the first of the new generation models to be unveiled by Alfa Romeo. In the range it will be positioned as the “little brother” of the Alfa Romeo Stelvio. And although it will not be able to boast of being the first SUV of the Italian company, it will be its first compact SUV. A vehicle that a priori has the minimum characteristics to target a huge potential audience. Is a C-segment SUV.

The beginning of the electrification of Alfa Romeo

On the other hand, and no less important, we must pay attention to the mechanical section. Alfa Romeo is not a brand outside the transition process towards electric mobility that the European automotive industry is experiencing. That is why the launch of the Tonale marks the true beginning of Alfa Romeo’s electrification process at the highest level.

The engine range of the Tonale It will be made up of a selection of petrol and diesel engines. The 48-volt mild hybrid (MHEV) technology It will be present in a good part of these blocks that will be offered exclusively with an automatic gearbox. And as an alternative more committed to sustainable mobility, a mechanic will be offered plug-in hybrid (PHEV)
with more than 200 hp and an all-wheel drive configuration.

Therefore, we are before the first Alfa Romeo model to feature light hybrid and plug-in hybrid mechanics. It is an important step for the company that must get down to work to reduce the great distance that separates it from the iconic German premium firms in the field of electrification.

As we pointed out at the beginning of this article, the development process of the new Tonale faces the final stretch. The coming-out of the long-awaited Alfa Romeo model is just around the corner. The presentation in society of the new Tonale is set for next February 8, 2022.

When will it hit dealers? Just one month after its debut, that is, in March, the start of series production will take place. The order book will be opened in the first half of this year and in the summer we will be ready to see the new Tonale circulating on European roads.

the decentralized exchange that allows you to create tokens (2022)