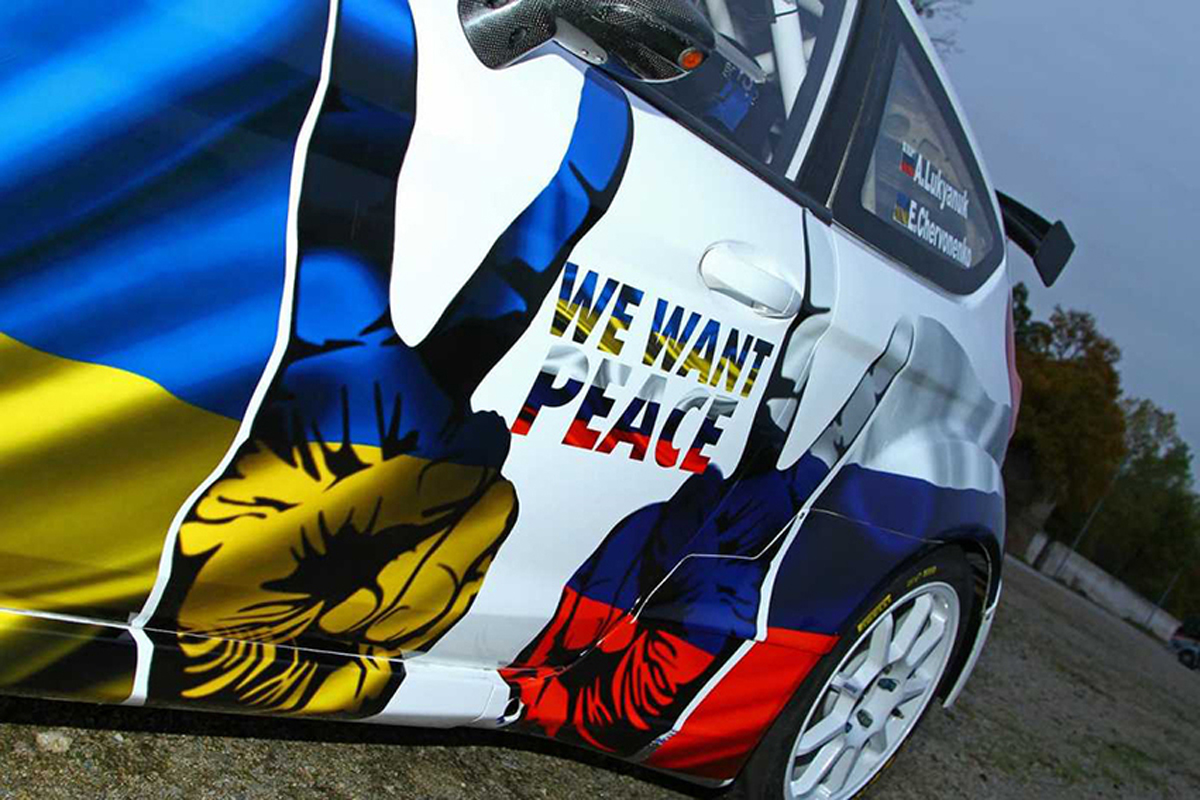 The war between Russia and Ukraine has affected the world of sport in many different ways. Many are the athletes and teams that have had to leave Ukraine, while many others have seen their programs affected. However, there are few athletes in the world of motorsport who have more ties to both countries than Alexey Lukyanuk. The 41-year-old pilot was born in Russia, but is of Ukrainian origin, so he is in a very delicate situation.

Own Alexey Lukyanuk He used social networks to describe the complex moment he is experiencing. In the end, the two-time European Rally Champion (ERC) and regular WRC driver is not only Russian and comes from Ukraine, instead, he races alongside a co-driver who also has ties to both countries. Alexey Arnautov’s wife has family in Ukraine, so Lukyanuk and his co-pilot have relatives and friends on both sides of the conflict.. Therefore, the situation is one of maximum tension at the mental level.

For this reason, Alexey Lukyanuk has announced that he will not compete in any rally while the war between Russia and Ukraine continues. Indeed, Lukyanuk has been adamant that he will not rally as long as people continue to die. Although Alexey would surely have problems maintaining his sports program in the midst of the rejection against Russian companies and sponsors, Lukyanuk has been the first to put the focus on the humanitarian drama, claiming that this is not the time to think about the competition.

«It is quite complicated to describe our situation and the feelings we have. All the people I know are not supporting this situation. It is something terrible. We cannot look at ourselves when in this situation there are people who are dying” Has expressed Alexey Lukyanuk in the face of the existing armed conflict. A position that the Russian pilot already maintained in 2014 when the Crimean crisis began, at which time he even used a livery asking for peace in his car. A decoration that unfortunately is still very much in force, as Alexey himself acknowledges.

Ott Tänak and Elfyn Evans, the hybrid disconnection from the start of the WRC

«We want peace. That decoration was a project in which we cooperated with a Ukrainian co-driver, Yevgen Chervonenko. We come together to promote this idea of ​​peace. Unfortunately, this livery is still quite relevant. I would like to compete with her again, but this is not the time to play a rally. It’s hard to say anything else at this point because no one understands what’s going on. Nobody knows the real situation, but it is clear that it is a very difficult moment» added the Russian pilot.

Follow the presentation of the new Volkswagen Amarok live

ISA: the new technology that would prevent speeding is already mandatory in some cars in the European Union

this is the highlight