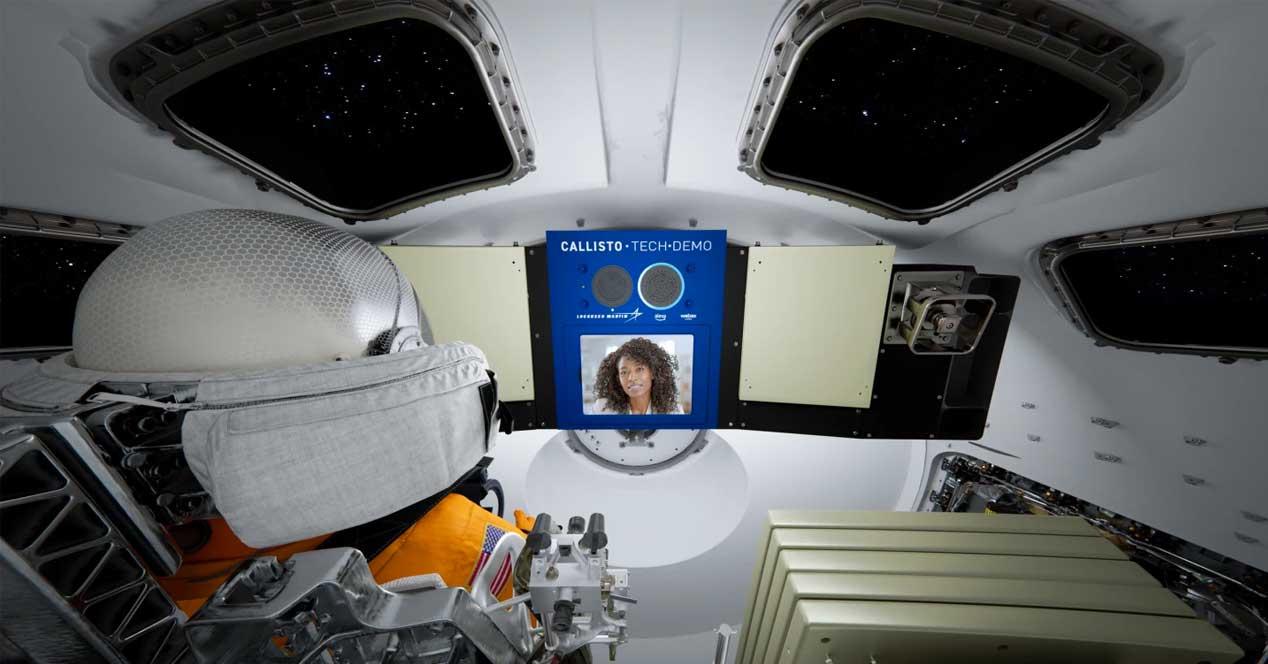 The last time astronauts visited the Moon, each of the spacecraft had only one onboard computer, much slower and with less memory than a pocket calculator from the year 2000. However, now the NASA Orion spacecraft It is not only based on touch screens, but with Callisto it will move towards the realm of digital assistants and video calls. A project directed by Lockheed Martin that has been the one that has provided the electronic components that have been hardened against the vibration and radiation that occur in space.

“Callisto was developed with Amazon contributing a version of Alexa with added algorithms to handle noise from motors and pumps, as well as reverberations from metal surfaces within the cabin, and Cisco provided its Webex video collaboration applications.”

It is named after the mythical follower of Artemis, the Greek goddess of wild animals of hunting and allow flight crews to communicate with Earth, request information and will be able to control paired devices through voice commands, and who knows if in the future, they will also be able to create even custom Alexa skills.

Because there is a two-second delay in round-trip signals between Earth and the Moon, and because of the unstable nature of communications in space, this requires more than just installing Alexa on the spacecraft. But nevertheless, Alexa has to be able to function without being in contact with large Internet databases On which the terrestrial version that we use in our homes depends.

In addition to testing Callisto on this historic mission, engineers from partner companies are creating a virtual crew experience in the NASA Johnson Space Center in Houston. This experience “will allow operators to interact with Callisto from the Mission Control Center and provide access to flight status and telemetry.”

According to the Callisto project partners, also will allow users to follow the mission through Alexa-enabled deviceswhile Webex will provide access for STEM educators and remote classroom teaching events.

On the other hand, this technology will allow astronauts to retrieve information from the Internet, keep in touch with their families and even act as companions on long-duration missions.

The nostalgia of opening a gift as children