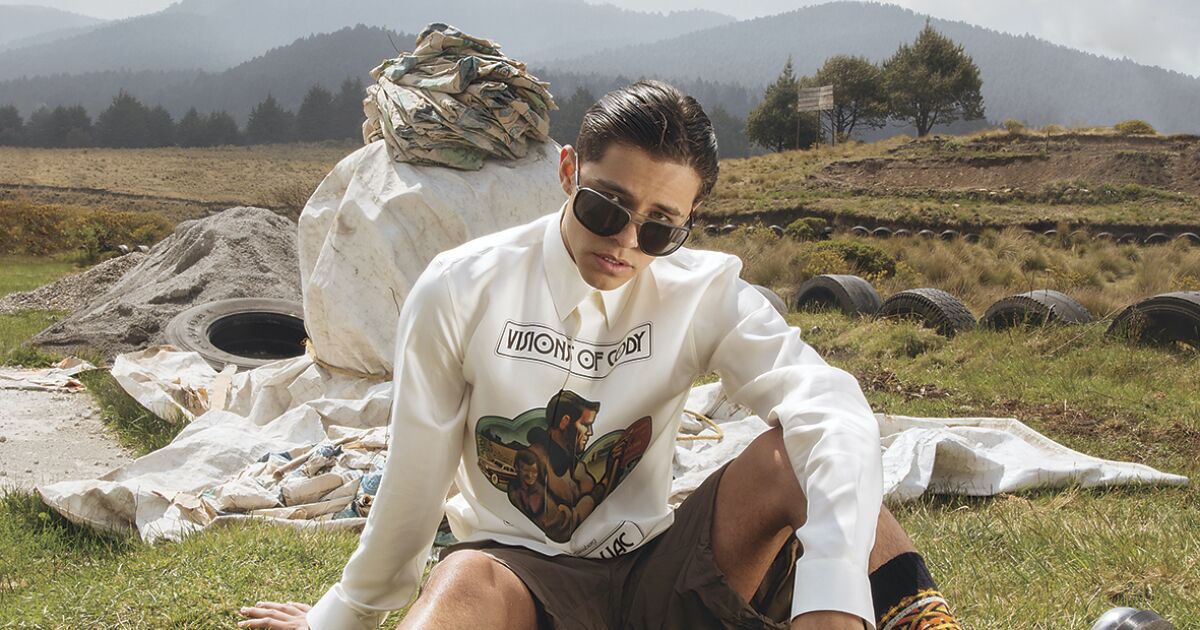 How did that meeting happen?

It all started as a result of the video game Guitar Hero (laughs). From that moment I wanted to learn to play a real guitar, but that was the first time I got involved in something musical. As for the singing, I didn’t know if I sang well or badly, I did it because I began to like it and because it was fun for me. One day I asked my dad if he could sing a song for me and that’s where it all started. He liked it and that’s how this path began.

What was the family environment like when you were young?

Growing up in this universe was very nice. I traveled a lot with my parents and both me and my brothers had to sleep on stage because we were afraid to do it in the van. I fell asleep on the guitar or keyboard cases (laughs). There was so much noise that I didn’t know how I could sleep. My dad loves what he does and despite a career spanning more than 50 years he continues to work, he is still moved by singing. That’s what I admire most about him. As parents they have both been amazing. It was very nice to grow up around a musical and artistic environment.

How has the transition to professionalism been, where you not only have to sing, but also do many things that don’t exactly have to do with music?

It’s difficult, because what you want is to go out and sing, make music and have fun. I’m not interested in knowing about the lawyer, the accountant, the contracts… I had to learn the business part the hard way, but it’s true that you can’t do it alone. You need a great team to help you steer the car. The artist has to know what is happening and understand it because if not, the whole business fails.

Read:  how to participate, tests and prices

How did you learn that part of the business? How much discipline does the music industry require?

It was when I had to be on the reality show La Voz [en 2014, cuando formó parte del equipo de Ricky Martin]. It was my first experience as a singer and the first time I got rejected. I was only going to sing, but there I ran into people who had been preparing for six months, so the following year I took it with discipline and commitment and everything was different. This is a job in which you are your own boss, if you don’t get up early for singing classes or to be in shape to give a good show to people, it’s difficult to reach that level I want to reach. Things don’t just happen.

How do you define style?

It is something that one has to find within oneself. It’s really cool when you put two people in exactly the same clothes and they look different. Style has a lot to do with how confident you are. Once I was in a project in Argentina and I told the wardrobe manager that I wanted a jacket with a wave and she replied that I would give the wave to the jacket. That’s where the style goes. It has to do with what is projected. If you feel good, the style appears.

Who are your style icons?

One of the people I like the most how he dresses is Jaden Smith. He is brutal, everything he wears is very crazy. She proposes a lot, but she does it with impressive confidence. She also Pharrell Williams and Justin Timberlake, always with a very clean style. These three inspire me a lot.

Olivia Newton-John will have a state tribute in Australia