Alert for vacancy for “young girls” of 15 years; What is it about? 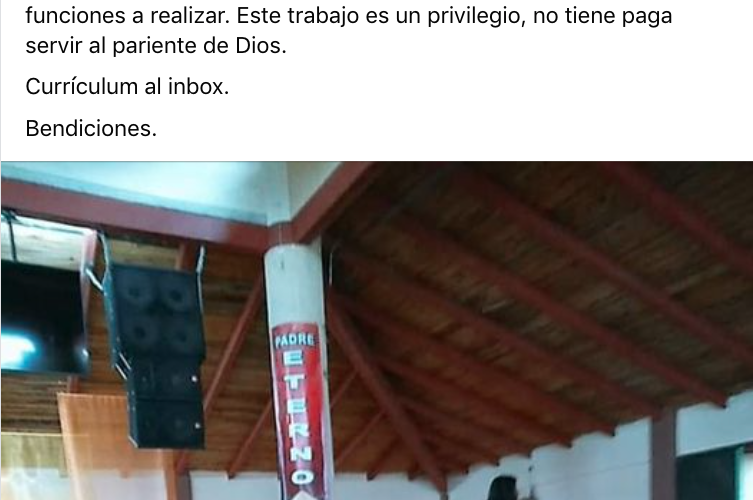 An alleged cleaning vacancy aimed at “young girls” was published on social networks and immediately caused a great surprise among Internet users.

At this point, it is no secret that the arrival of the pandemic caused, among other things, the number of unemployed to increase in various parts of the world, including Mexico.

Due to the confinement experienced globally, the closure of companies and the low influx of consumers in shopping centers and stores, caused a significant increase in the number of people who, unfortunately, lost their jobs.

as mentioned According to the ILO, during 2020 around 191 million 48-hour-week jobs were lost, of which 149 million (78 percent) would have been lost in Latin America and the Caribbean.

The situation is currently complicated, at a time when some industries are beginning to reactivate and the demand for work is still high.

Vacancy for “young girls” alerts Internet users, but is it real?

Currently, social networks work as a window to recruit talent, this, in addition to mobile applications available on the market, such as OCC, Indeed, Computrabajo, LinkedIn and a long list more, which are used by a large number of users.

On the other hand, platforms such as Facebook or Twitter have increasingly taken on a very important role for companies in order to recruit talent; however, there are a number of vacancies that are alarming for the digital community.

An example of this can be seen in the vacancy published by a supposed church, looking for “young girls” for cleaning work. According to what is read on its official website Facebook, Those interested must send a full-body photo, sign a confidentiality agreement and, as if that were not enough, there is no pay, since “there is no pay to serve God’s relative.”

It should be noted that the vacancy was also announced on the Twitter profile of “Fra, the fairy of vacancies”having a reaction of indignation on the part of Internet users who have read and shared it on their respective networks.

Now, is the vacancy real? According to the discussion in the digital pulse, it is a false vacancy published on a page that is actually a parodyalthough there are those who have been outraged by what is read in the requirements to fill the position.

Confidentiality, for the cleaning staff, happens and it is not as rare as it seems. But the important thing is that this is a parody account, so ?Red Flag Deactived ??? pic.twitter.com/IkTr55NRiO

Whether it’s a parody or not, that’s how these types of piteras organizations are. Be careful, guys.

The reality of churches, temples and whatever, taking full advantage of others

They’ll say it’s parody and all they want, but this DOES happen.

This account is fake, it is a parody of religion. All your posts are the same.

According to what can be read in the feed of the official page, the “Church of the New Kingdom – Central America, its publications show, as an irony, the power that a church and its leaders can have.

In the end, regardless of whether it is false or not (which seems to be the case), it is clear that in the digital section it is easy to fall for fraud of all kinds, especially in terms of job vacancies.

According to reports from the Decent Work Observatory, precarious people fall into false vacancies since almost 32 million do not receive enough to acquire the basic food basket for two people; 34 million lack access to health; 18 million are employed without a contract, compensation, benefits or defense in case of unfair dismissal.

Without a doubt, it is evident that we live in an era in which it is necessary to be alert to everything that is published on social networks.