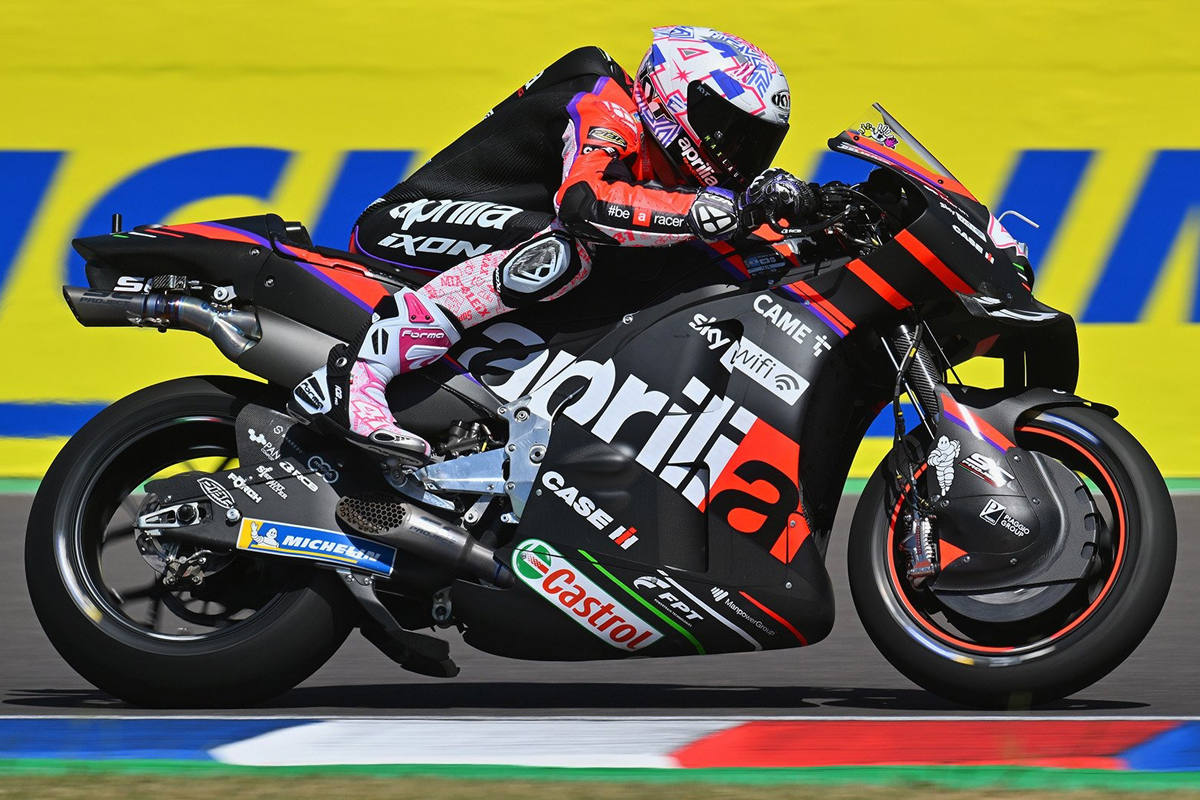 The MotoGP Argentine Grand Prix has started a day later than expected due to the delay of one of the planes chartered by Dorna that contained the material and the bikes of different teams. The first day of activity at the Autodromo Termas de Rio Hondo concentrated two free practice sessions for the drivers of the premier category, in addition to Q1 and Q2. In this unusual scenario, Aleix has achieved a historic pole, the first for Aprilia in MotoGPwith a time of 1:37.688.

The Aprilias have been the main protagonists of free practice in which there have been incidents of all kinds. Among the pilots who went down, stood out Pol Espargaró who suffered a fall in the first half of FP2. The Catalan had already starred in another mishap in FP1 when he touched slightly with Fabio DiGiannantonio and finished off his losing streak by not getting a time that would allow him to pass directly to Q2. Other pilots who did not manage to sneak into the top ten were Pecco Bagnaia and Enea Bastianinicurrent World Cup leader.

The Repsol Honda rider managed, however, to reverse the situation and entered the final session after dominating Q1 with a time of 1:38.501. He was accompanied by Takaaki Nakagami, who almost missed the Grand Prix after testing positive for COVID. With all the places defined, a Q2 began that would end up being historic. Aleix Espargaró achieved a time of 1:37.688 in the final moments, just five thousandths above the circuit’s absolute record, and scored the third pole of his career. She was also the first in the history of Aprilia in MotoGP.

He did it with the permission of Brad Binder who sneaked into turn 7 when he was running in pole times, an error that relegated him to last place in Q2. Those who have not failed, despite not being able to match Espargaró’s pace, have been Jorge Martín and Luca Marini who will accompany the Catalan on the front line tomorrow. From the second, Pol Espargaró will start as the first Honda representative on the grid. He will be followed by the second Aprilia, that of Maverick Viñales, and the Yamaha of current world champion Fabio Quartararo.

The Suzuki riders, Álex Rins and Joan Mir, will start tomorrow from a third row that will be completed by the Frenchman Johan Zarco. Takaaki Nakagami closed the group of the top ten, while Jack Miller was unable to move from eleventh position after suffering a crash at the beginning of the session. the australian pilot will also be the subject of an investigation after having been able to bother Fabio Quartararo during his flying lap.