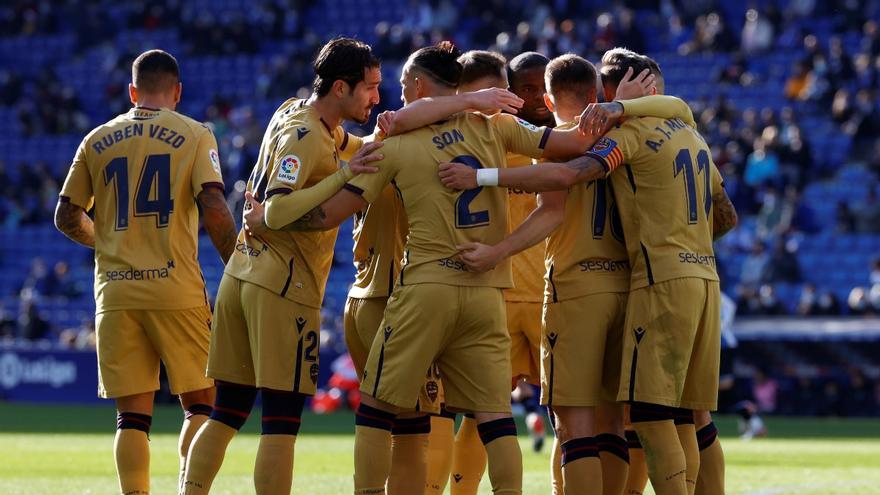 Alcoyano intends to continue his idyll with the Cup this Tuesday in the duel that measures a Levante in El Collao in low hours and at the most delicate moment in its recent history.

With the still very fresh memory of what happened in the last edition, in which Vicente Parras’ men were the revelation team of the tournament by leaving Huesca and Real Madrid out and only giving in to Athletic Club that had to take out all its heavy artillery in the second half to come back after the break and qualify for the second round.

Alcoyano will try to put aside the league competition, in which Vicente Parras’s men have had two consecutive setbacks that have made them lose up to six places in the standings and go from fourth to tenth in the second group of the First RFEF.

The El Collao team intends to reaffirm his state of grace in the Cup where in the first round they were able to surprise by winning 0-3 at the Nuevo Vivero de Badajoz.

Live the final of the Copa del Rey on DAZN. Subscribe now, you have a free trial month!

A) Yes, Levante will be the fourth First Division team to parade through El Collao in the last year after previously passing Huesca, Real Madrid and Athletic Club.

From the first moment it was known that Alcoyano was going to be paired with another team of the highest category of Spanish football the expectation in the city has been increasing as the tie drew near and about 3,000 fans are expected to watch the match live.

In the ranks of Alcoyano the only safe loss will be that of Captain Juli Cerdá, which drags a muscle injury and will surely not reappear until after the winter break, while he will be discharged from the central defender’s league competition Primi Férriz, absent against Costa Brava due to sanction. Coach Vicente Parras has assured that he will make changes and does not rule out introducing some surprises to distribute loads of minutes.

Read:  The death toll from a tanker explosion in Haiti rises to 66

Sunk in the First Division classification seven points from the permanence zone, Levante wants to avoid an accident on his visit to El Collao stadium this Tuesday, although his absolute priority is to come back in the League and another round of the Copa del Rey, scheduled for the start of the year 2022, will mean an extra effort.

The German defender Shkodran mustafi, with a sprained right knee, and the Serbian midfielder Nemanja Radoja, positive for Covid, they will not be able to play this match in Alcoi. The Italian Alessio Lisci will give the call the same Tuesday before traveling to the city of Alicante.

The Basque Aitor Fernández will defend the goal again in the Cup, as he did in the first round in Melilla, and players like Coke, Duarte, Rober Y Franquesa they have many options to complete the defensive line.

Blesa, who was the main protagonist of the 0-8 win in the previous phase with three goals, he would return to the starting eleven with Pepelu in the middle, while Vukcevic Y Melero they will have to divide the minutes thinking about next Monday’s derby against Valencia.

For the attack, Alessio has Soldier and Dani Gomez. Stonecutter he could occupy one of the sides of the center of the field, as he already did in Melilla by slightly delaying his position.