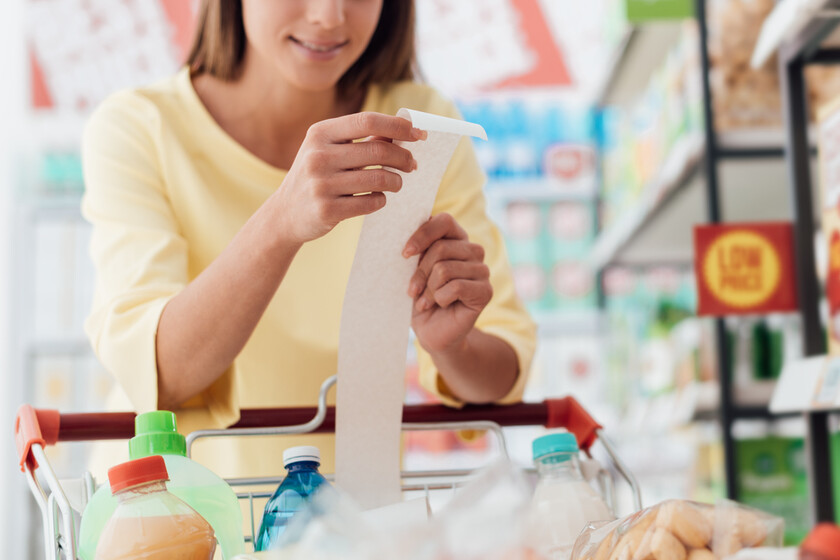 Like every year, the OCU has just presented its report on the “shopping basket”a study that has been carried out continuously since 1988. And as in previous years, in order to draw the conclusions that we present below, this association has reviewed more than 173,392 prices in 1,180 establishments located in 65 cities throughout the national territory and internet.

As expected, this year is reflected in many of the data from the supermarket study the historic price rise that we are living In that sense, we have been able to confirm how much the different baskets have risen or what the chains that have increased prices the most of your products.

Would you like to know everything that this document has in store for us, which will allow you, among many other things, be able to make ends meet with a full fridge? Well, get out the calculator, pen and paper. Well, better leave it, we’ll do it for you. Yes, with the help of Ileana Izverniceanu and Miguel Angel Pascualwhich have been the representatives of the OCU who have shared this data with us.

As expected, this has been included notably in the average annual spending figure, which stands at 5,568 euros. In this sense, note that the greatest annual savings are in Madrid, where a figure of 3,529 euros is recorded. Ultimately, inflation has caused the average annual savings is 994 euroswhich means that this year a little less is saved (except in the capital) because all the chains have raised prices.

Another of the significant data has to do with the shopping basket, which has risen by 15.3%. We talk about highest rise in 34 years, which is when this study began. It should be noted that all the products analyzed are basic, those that most of us buy (whether fresh, packaged or drugstore).

When we say that practically all the basic products are up, we really mean 95%, something that all the chains have done, although in very different ways. For example, Mercadona has increased its prices by 16.2% and Dia 17.1%, thus becoming the supermarket chains that have risen the most. The explanation is simple, since both work a lot with white labels and that has affected them notably.

Read:  Cheap versus expensive drugs, what are the differences?

Also confirm that Dani is no longer the cheapest chainsince that recognition is now distributed, in this order, Tifer, Dani, Family Cash, Alcampo and Supeco.

As for the products that have risen the most, would be the following: sunflower oil (not only because of the war in Ukraine), wheat flour and avocados. And there are especially worrying situations with products such as margarine, whose price ranges between 0.79 euros in a supermarket in Valladolid and 3.17 euros in another in Zaragoza. Since in the second you can buy 4 units making a similar expense. And something similar happens with pork tenderloin, which can be purchased for 4.95 euros in several cities in Asturias and Castilla y León, while in Madrid it has been seen at a price of 16.95 euros.

The report makes it clear that there is a significant disparity between several of the cities that have been considered for the study. In this regard, clarify that Alcampo is the cheapest supermarket in 27 citieswhile Mercadona does the same in 10 and Supeco in 7 of the cities analyzed.

And, although it is no surprise either, the recent OCU study reveals that the supermarket Sánchez Romero is 66% more expensive than the restand is closely followed by Ulabox.

Another fact that is repeated has to do with the cheapest supermarket in Spainwhich is once again the Alcampo de Coia (Vigo), something that also happens with the most expensive of all (the Sánchez Romero by Arturo Soria).

In general, it is confirmed that the cheapest cities in Spain to do the shopping They are Vigo and Ciudad Real. It is also followed by others such as Jerez de la Frontera, Granada or Huelva. At the other extreme are Palma de Mallorca, Barcelona, ​​Alcobendas and Madrid, which stand out for the opposite.

Other conclusions drawn from the OCU report is that Murcia is one of the cheapest communities from all over Spain and that in Cuenca it is really difficult to save.