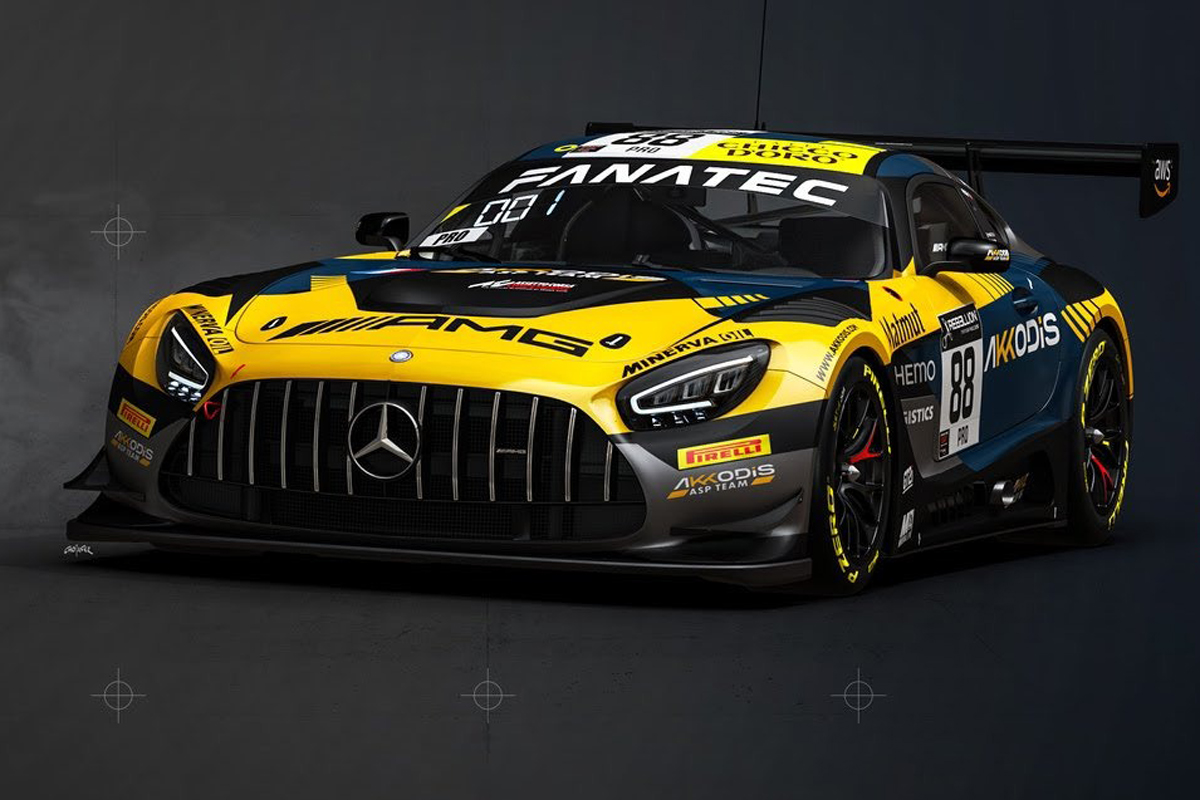 AKKA-ASP is one of the reference teams in the GT3 discipline. The structure led by Jêrome Policand has used this name since 2015 and under this banner has forged a close bond with Mercedes-AMG. A link that will continue to exist in 2022, although the French formation has been renamed. Looking ahead to the start of the new GT World Challenge Europe season, formation has been renamed Akkodis-ASP after the merger of AKKA Technologies with the technological solutions company Modis. The team will use this new name in GT3 and GT4.

Within a complex scenario in which Akkodis is born from this agreement between Modis and AKKA Technologies, all as a result of the purchase of a majority stake in AKKA by Adecco Group, the sporting implications are remarkable. In fact, Akkodis is a sponsor of the Mercedes-AMG Formula 1 teamwhich draws a double connection with the manufacturer from Stuttgart, since Akkodis-ASP will continue to be one of the leading teams in the Mercedes ‘customer-racing’ program in GT3. And this is demonstrated by his line-up of pilots.

In fact, the entry list for the 3 Hours of Imola, the first scoring round of the Endurance Cup, has confirmed a really strong line-up of drivers for the first of the Akkodis-ASP team’s GT3s. In the #88 Mercedes, three official Mercedes drivers will join forces: Raffaele Marciello, Dani Juncadella and Jules Gounon. For its part, the other Mercedes of the team is entered in the Silver Cup with Casper Stevenson, Tomasso Mosca and Konstaint Tereschenkothe latter under the FIA ​​flag as it is Russian.

In relation to the change of identity of the team, Jerome Policand has pointed out: «We are delighted to have Akkodis as our main partner in this new season.. In turn, we are very grateful for the support of AKKA Technologies over the past seven years, time in which we have achieved 22 national and international titles and 69 victories on the most challenging tracks in the world. A new era begins today and we are excited about this next chapter in our team’s history together with Akkodis.”

Despite the name change, little or nothing changes in the Akkodis-ASP team. The structure that was created by Jêrome Policand in 1999 under the name of Auto Sport Promotion (ASP) has had various names throughout its history, but its essence has remained intact. Nowadays, his great goal is to win the GTWC Europe titlesomething that due to experience, support from Mercedes and talent of its drivers is a very realistic aspiration.

Outriders Worldslayer is shown in a new gameplay of 15 minutes