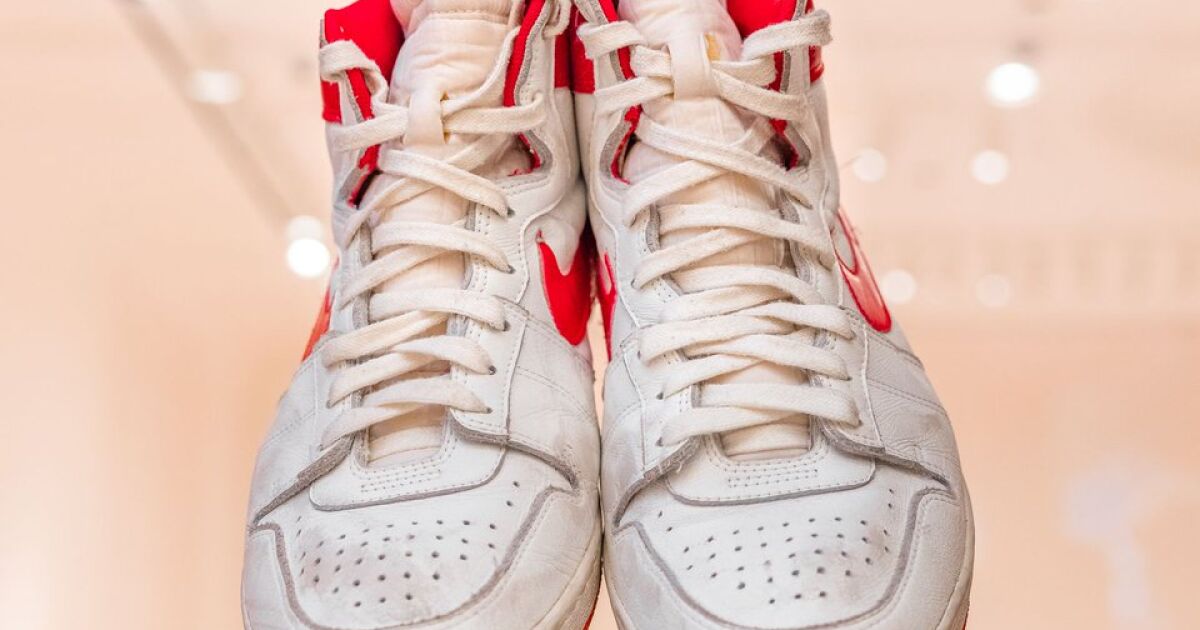 “The most precious sneakers ever to go up for auction, the 1984 Nike Air Ships worn by Michael Jordan during the regular season, just sold for $ 1,472,000 during our luxury sale in Las Vegas,” stated the auction house in a statement posted on Twitter.

Jordan wore these Nike “Air Ship” sneakers in Game 5 of the NBA on November 1, 1984. They were the forerunners of the Air Jordan 1 model.

The “Air Ship”, a model designed by Bruce Kilgore, came out in 1984, and were the first sneakers worn by Michael Jordan as a professional in the NBA.

In the preseason and in the first games of that first year as a rookie, Jordan wore the colors white and red, but also black and red (known as “Bred”) that Nike designed especially for him and that were involved in controversy.

Size 13 in white leather with the brand’s logo in red and tied up to the ankle, in perfect condition despite use, were a gift from the player to Tommie Tim III Lewis ‘TJ’ – his owner until now – and were accompanied by a letter of authenticity and a 1984-1985 season accreditation from Lewis as a staff member of the Denver Nuggets.

The previous record for a basketball legend’s shoe was set in August 2020 during an auction at Christie’s for a Nike Air Jordan 1 worn by the player in 1985, when he broke a basket during a game in a memorable episode. of the fans.

However, the sales record is held by a pair of Nike Air Yeeezy 1 sneakers belonging to rapper Kanye West that he wore during the 2008 Grammy Awards. They reached $ 1.8 million last April in a private sale also organized by Sotheby’s.