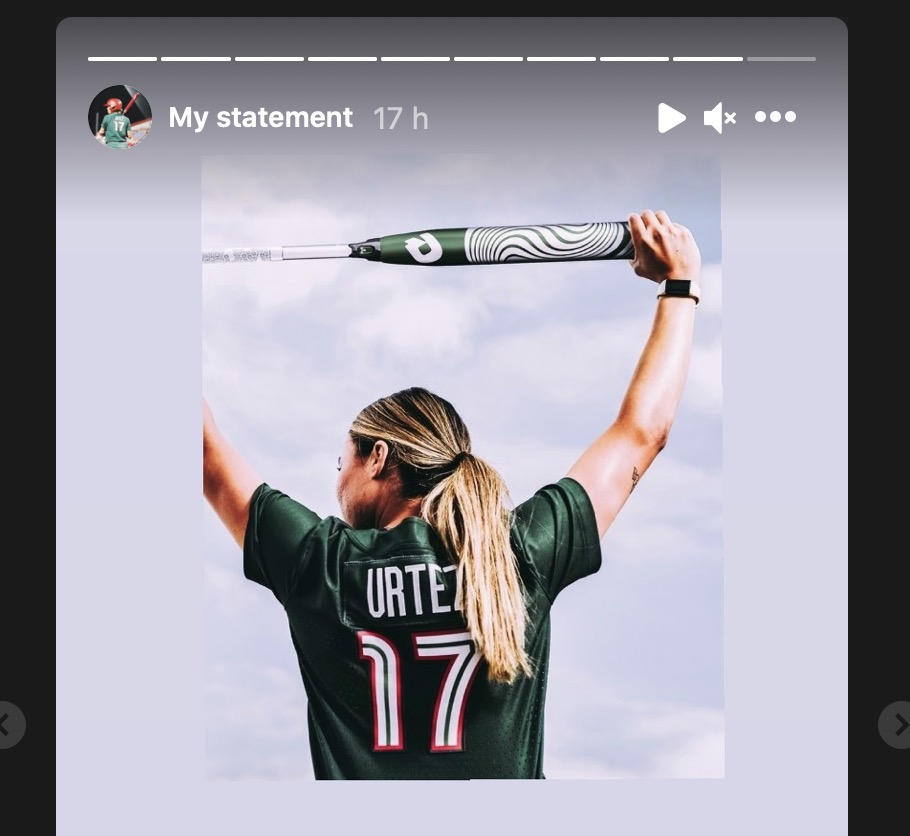 There is no doubt that one of the issues that generated the greatest commotion during this week that is about to end was the decision of some Mexican players of the softball team to throw away part of the uniforms that were given to them to represent the country in the Tokyo 2020 sports fair. This situation has generated all kinds of reactions, where one of the most recent has materialized in the resignation of one of the players involved in the problem.

The complaint came from the hand of the Mexican boxers Brianda Cruz and Esmeralda Falcón who from social networks shared a series of publications in which they assured that the softball team decided to throw away the uniforms delivered by the Mexican Olympic Committee.

From her official Twitter account, boxer Brianda Cruz assured “this uniform represents years of efforts, sacrifices and tears. All Mexican athletes yearn to wear it with dignity, and today the Mexican softball team sadly left it all in the garbage of the Olympic villages ”. This message was accompanied by a photograph that evidenced the abandonment.

In the same way, boxer Esmeralda Falcón stated “perhaps for some of the fellow athletes it means: ‘nothing’ these uniforms for many others represent our years of work, dedication, love and passion. Too bad the Mexican softball team doesn’t see it that way. “

The matter generated all kinds of discontent among the Mexican sports fans who punished as a lack of patriotism and representation the decision of the selected Mexicans who concluded their participation in Tokyo when the Canadian team fell.

Now, this matter has begun to take the alleged offense. At least that is what the member of the Mexican softball team, Anissa Urtez, who considered one of the key elements of the squad, has allowed to see it, confessed to throwing away her report, while affirming that she would have resigned her position. within the Mexican team.

The announcement was communicated through the stories within the official sale of the softball player, where she stated: “I wanted that medal for many reasons and I always said that it was not only for me, but for an entire nation (…), I am so proud to be Mexican and I will always be (…). Anguish. Pain. That was my last game with the Mexico jersey ”.

The player then accepted responsibility for having discarded their uniforms. “What I am going to say regarding our uniforms being thrown away at the village are my own words, my own feelings, my own heart. (…). Every shirt used in the Olympic Games was packed in my suitcase (…), not a single colleague left hers behind. I take responsibility for having thrown away some Lining garments. At the same time, we were allowed one suitcase per player, so save what could fit and lots of sentimental memories. (…) I left some clothes, and I feel terrible. The way we left the clothes was wrong. (…) We hurried to pack our bags, we left and we didn’t think about the impact it would have on our country ”.

Beyond the opposing positions that this situation may generate, the truth is that it is one more example of the power that social networks have right now.

The resignation of one of the biggest dreams for the bulk of the athletes was the consequence of a complaint made from these spaces of interaction, scenarios that have also served to make official pronouncements on the case.

What is at stake is undoubtedly the reputation that is built through these platforms. Let us remember that, according to data published by Statista, the opinion of people about the company is the main factor (94 percent) that contributes or affects the reputation of a company, even above the recognition obtained (88 percent) or advertising (86 percent), a situation that takes on other dimensions if we consider that 70 percent of people say that when making their purchase decisions, the reputation of the company that supports one is a fundamental aspect that, even, it has a greater value than the characteristics of the product itself.

Under this understanding, building a solid reputation for a brand today means more than being recognized in the market for certain particular attributes; managing public opinion through spaces such as social networks is a crucial aspect.

The best football games with big heads for Android

Incoming calls do not ring, what do I do?