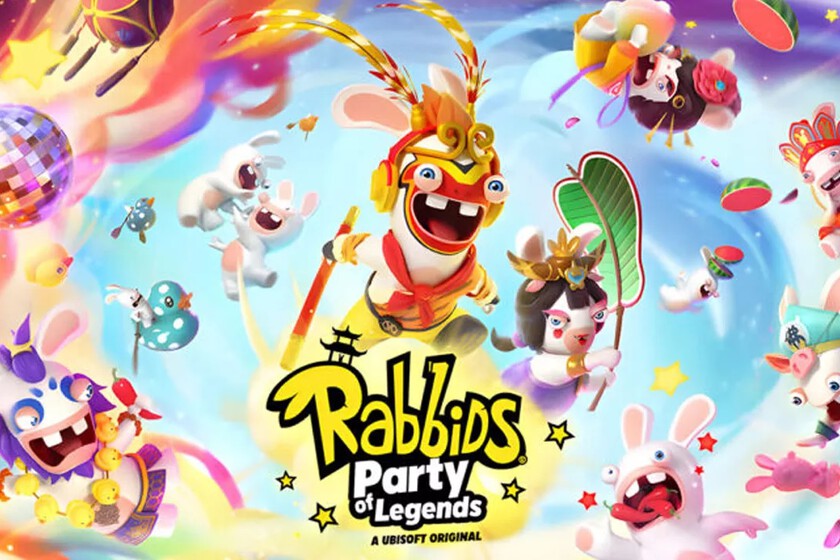 Only a few days have passed since Ubisoft dropped that Rabbids: Adventure Party would go on sale in the West during the first quarter of the current fiscal year, and the truth is that it will fulfill what was promised, because the company has just confirmed now the day exact in which it will arrive and will be the June 30th.

The crazy rabbits will make us spend a fun summer with this title in which they will be transported to a world inspired by the classic Chinese novel Journey to the West. This will allow us to participate in 50 minigames of all kinds in which laughter will be guaranteed with these charismatic characters and in games in which four people can join simultaneously.

In them you can carry out duels of all against all, in pairs or even artificial intelligence can also join the party, but what Ubisoft promises is that the title will be accessible and entertaining for any age and for those gatherings with friends and family. All this through four different boards divided into four acts in which you will have to help the Rabbids return to their home.

That said, we already have one more date to set on the calendar from the hand of Rabbids: Adventure Party, which will launch on PS4, Xbox One (compatible with PS5 and Xbox Series X/S), Nintendo Switch and Stadia. Also, don’t forget that in a few months the Rabbids will also return to the fray with Mario + Rabbids: Sparks of Hope.

Read:  A fan recreated the Pokémon Red and Blue truly in 3D