Ads for McDonald’s, Wendy’s and Burger King exaggerate their size 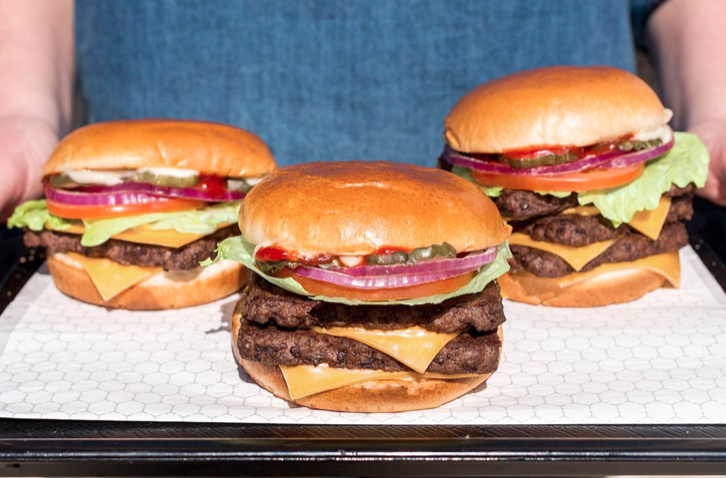 Complaints against misleading advertising continue to be the most prominent worldwide by consumers. Two new lawsuits accuse brands like McDonald’s, Wendy’s and Burger King from exaggerating the size of their hamburgers in advertisements, showing much fatter burgers than consumers actually get.

The term misleading advertising refers to one that presents false claims about a product or service that it promotes, with the intention of capturing a large number of consumers.

According to data from the Statista platform, 56.4 percent of users who register on the Internet around the world express concern for not knowing what is true and what is not, so these data reveal that at least we have all been victims of misleading advertising or false newsregardless of the broadcast medium.

McDonald’s, Wendy’s, and Burger King exaggerate the size of hamburgers in their advertising.

The complaint that was filed this week against McDonald’s and Wendy’s in the Eastern District of New York in the United States, claims that fast-food giants use undercooked burgers in their marketing to make their products look bigger.

As stated in the class action lawsuit, the advertised hamburgers appear to be 20 percent larger than they appear to be. consumers really get when they go to McDonald’s and Wendy’s.

“A Wendy’s food stylist has admitted that she misleads and misleads customers by using undercooked patties in hamburger ads,” part of the complaint reads.

In addition, the complaint also alleges that the fast food chain Wendy’s exaggerates the size of 19 burgers on their menu, including their Bourbon Bacon Cheese product.

Read:  Netflix wants to launch its cheap plan with ads this year

While McDonald’s “significantly overestimates the size of all-meat burgers for nearly all menu items in its current ads,” including its signature Big Mac.

The lawsuit against McDonald’s and Wendy’s also includes links to YouTube reviews, including one called Adaryl Fisher Reviews, who evaluated the individual Wendy’s Dave’s Burger against the ad and stated: “…this is worth a dollar…this is not a five dollar hamburger.”

In that same order, the lawsuit alleges that Wendy’s and McDonald’s are “unfairly diverting millions of dollars in sales that would have gone to the competition” due to its misleading advertisements.

This lawsuit is added to another filed in the state of Florida in March by the same three law firms that points to the Burger King brand, where they cite food reviews on YouTube pointing to the fattest burgers in the ads versus the squashed and disappointing food consumers receive.

False advertising lawsuits against food companies have proliferated in recent years, including a 2020 lawsuit against Burger King, which was accused of offering smaller burgers to non-carnivores who order the “Impossible Whopper.” Or the food firm Subway was sued last year for using fake tuna in its sandwiches, which the company denied.

“Do they pay you with jugs?”; influencer exhibits “extravagant” salary

Control access to your home with this Netzhome product