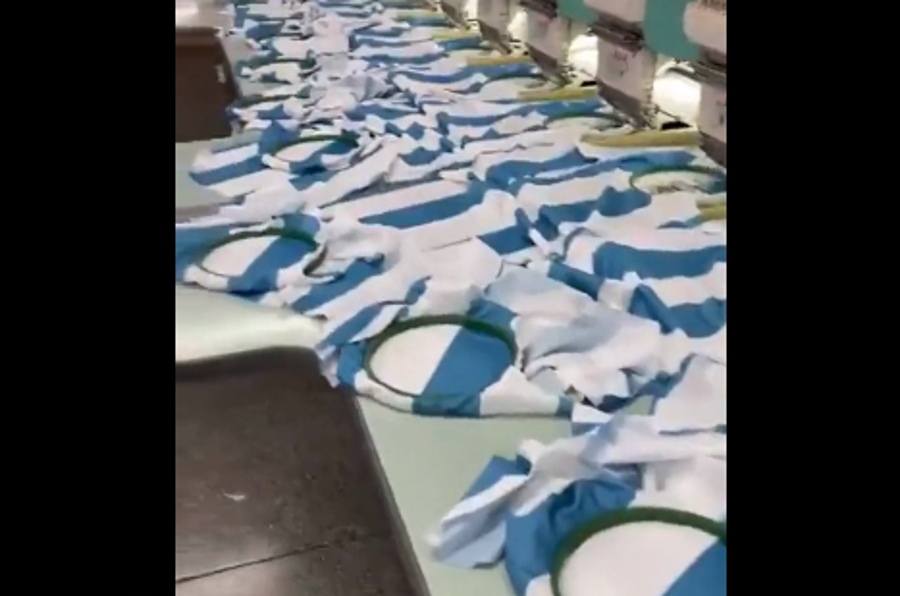 The Argentine Football Association (AFA) presented this Monday, December 19, a new shield with three stars alluding to that number of championships won by the team led by Lionel Messi.

To the stars that represented the 1978 (in Argentina) and 1986 (in Mexico) cups, the 2022 cup is now added, in Qatar, where the albiceleste defeated France in the final on penalties, after equalizing 3-3 .

In this context, Adidas, the brand that sponsors the Argentine National Team and provides all the clothing, announced that the next Monday, December 26, a special edition of the official jersey will be on sale with the new design of the shield, with three stars instead of two.

In addition, in the middle of the shirt, there will be a gold-colored logo with the inscription “Champions 2022”.

The third star on the shield of #Argentina It is already a reality and images showing how the embroidery looks with the new world championship went viral. pic.twitter.com/Bv6MJc7VqM

The Selection is a “gold mine” for the AFA. Last year, the institution that governs soccer in Argentina raised 50 million dollars, without calculating in that total the income that comes from the contract that the league gave Adidas, the official supplier brand.

To this we must add the royalties for global sales that implies an estimated 2 million t-shirts per year, according to Clarion.

To this must be added the sales from the victory in Qatar of the edition that is already in stores and the new version, with three stars.

According to Adidas, due to the furor after Argentina’s arrival in the final at the Lusail stadium, Lionel Messi’s number 10 shirt was sold out worldwide.

In Argentina, getting an official shirt is, these days, impossible, since the German brand could not cover the demand.

According to what Clarín publishes, Adidas sold 55 percent more than at the 2018 World Cup in Russia, much more than projections.

Company sources told the Argentine media that the local Adidas factory is working 24 hours a day, in rotating shifts to try to supply a demand that “exploded” with the title obtained in Doha.

The official shirt, light blue and white, and the alternative, purple, are manufactured in two versions by the company RA Intertrading. The call known as “replica for the fans” costs almost 18 thousand Argentine pesos, about 58 dollars (at the parallel exchange rate in Argentina).

The version premium (the same as those used by the players and made with special fabrics) is offered for sale at 29 thousand (almost 95 dollars).

Qatar 2022 had a novelty regarding the dispute between the most important brands in the world of sports: after 12 years, Nike (which dresses France) and Adidas met again in a final.

The last time was in 2010, when Spain (with their Adidas) defeated the Netherlands (then Holland), with Nike.

In Brazil 2014, Germany and Argentina had Adidas as their brand, and in Russia 2018, the final faced teams sponsored by Nike.

Since 1974 Adidas has accompanied the Argentine team, with the exception of 1986, when the brand that sponsored the clothing in Mexico was the French Le Coq Sportif.