Adidas launches Christmas model in collaboration with The Grinch 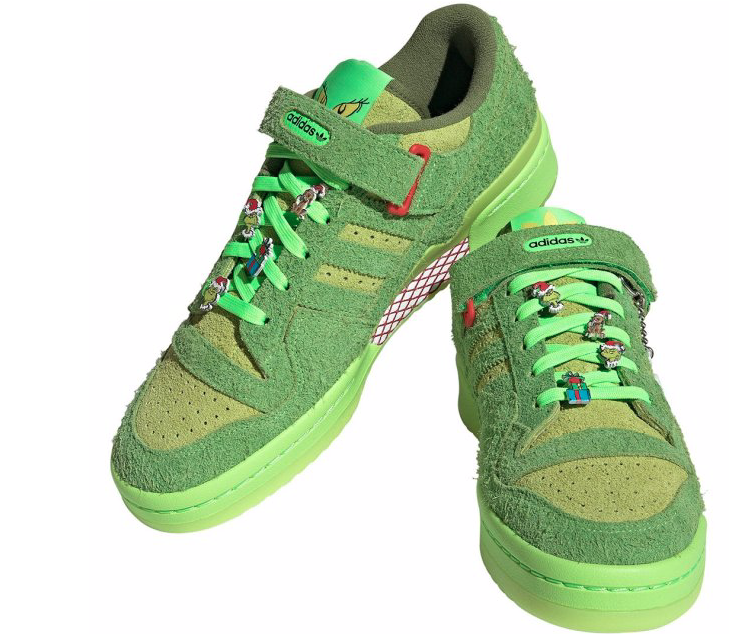 Many brands know the power of collaborations between various firms in order to further promote their products. Given that, Adidas is ready to start with everything Christmas, so it made a collaboration with the iconic character of The Grinch, by creating some creative sneakers.

Collaborative marketing or co-marketing, as defined by hubspotit is an action undertaken by two companies where they work with each other with promotional efforts to encourage a co-branded or co-branded offer.

From Business2 Community they emphasize that the alliance occurs between organizations with similar audiences and that in particular the work focuses on developing marketing content and collaborative strategies.

Adidas and the Grinch

Thinking of Christmas without naming The Grinch is impossible. That is why Adidas has just launched a new model on the market where the protagonist is the iconic figure.

The model is ‘Forum Low’ which, through its green tones, reminds us of the famous Christmas story that this time will put an end to the villain of Whoville.

The sneakers that the sports brand launched are made of suede that simulates the plush skin of the character we know, in addition, both the red details and the eyes that protrude from the tongue give the shoe the perfect touch.

Let’s remember that the character was born from the imagination of Dr. Seuss is always accompanied by good humor.

Finally, this model is expected to arrive in the country by the end of the year with everything and its special edition box, since it is currently only sold in the United States and has a cost of $115, which is equivalent to 2,300 Mexican pesos.

There are many brands that resort to this type of marketing collaboration to create new products and attract their consumers. As an example, McDonald’s, which joined forces with UGG in September to launch shoes inspired by chicken nuggets.

Or there’s also KFC with Crocs, who teamed up to introduce an $89.99 shoe that was instantly picked up by fashionistas attending New York Fashion Week. The clogs featured KFC’s signature bucket stripe print fried chicken imagery and chicken shoe charms.

The edition was limited and was called “Bucket Clog”. “By combining the unmistakable look of our world famous fried chicken and KFC signature bucket, with the unparalleled comfort and style of Crocs, these shoes are what fried chicken shoes are made of,” Andrea Zahumensky said in 2020. , CMO of KFC USA at the time.

In conclusion, these types of collaborations where brands achieve a large increase in their consumers are becoming more normal.

This is Sebastián Yatra’s favorite menu at McDonald’s