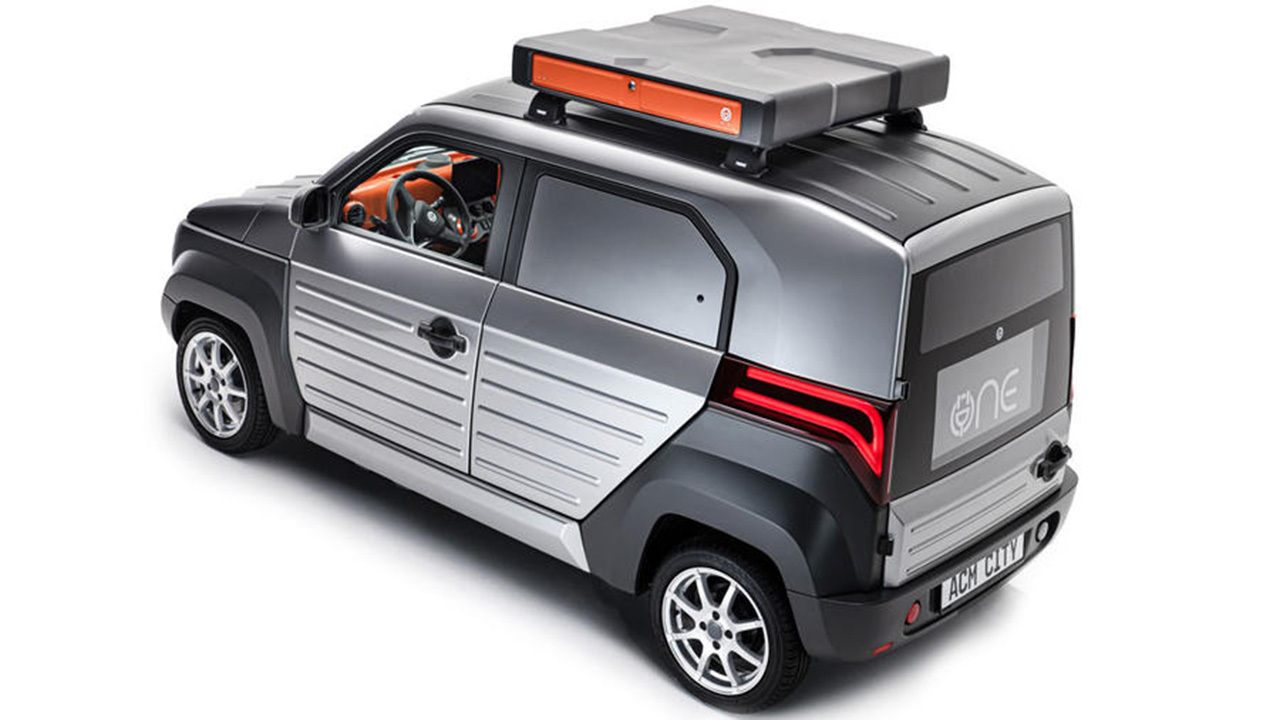 Adaptive City Mobility, better known as ACM, has developed a peculiar and interesting electric vehicle. The new ACM City One is a small electric city car. It has a battery exchange system. Inside it, up to five occupants can travel and its main market will be fleet customers.

The new ACM City One
It is the fruit of almost a decade of work. The young German company Adaptive City Mobility, popularly known as ACM, is ready to start manufacturing its colorful new electric vehicle. The new City One, beyond its striking appearance, is characterized by having a battery exchange system reminiscent of the one used by certain electric motorcycles.

ACM has established several premises when facing development with the aim of giving life to a mass vehicle. Logically, the sale price will be a determining factor. However, after entering into an agreement with Magna International, the brand whose headquarters is in Munich, it hopes to set a low price and therefore be affordable. It is speculated that it may be around € 10,000 to € 15,000 depending on the configuration.

ACM City One, an electric car for fleet customers

Beyond thinking that the new City One can help promote the massification of the electric car in the private channel, nothing is further from reality. ACM expects the bulk of its sales to come from the fleet market, taxi companies and leasing. In addition, it has been targeting Asia and Africa as two of the main markets. In this aspect, Europe would take a back seat.

The version intended for passenger transport will accommodate up to five occupants. There will also be a commercial variant with only two seats and a large cargo area that will cover a volume of up to 1,450 liters.

One of the main features of the City One is undoubtedly its battery exchange system. The possibility of remove each of the four batteries The fact that you can equip and transport it home to recharge it from a domestic socket helps to reduce, to some extent, the anxiety generated by not being able to find a public charging point that is operational.

Each of the four batteries has a capacity of 2.5 kWh to make a total of 10 kWh. The ACM electric battery change takes just three minutes.

The serial production version of the ACM City One will be unveiled next September as part of the Munich Motor Show 2021.

Follow live the presentation of the new Range Rover 2022

Range Rover 2022, debuts the sixth generation of the British SUV

Confirmed! – The new Range Rover will be fully electric in 2024

New Chevrolet Corvette Z06, a beast on wheels with a powerful V8 engine

The automotive industry in Europe faces the crisis of magnesium shortage

The PSG brand could revalue up to 20% thanks to Messi