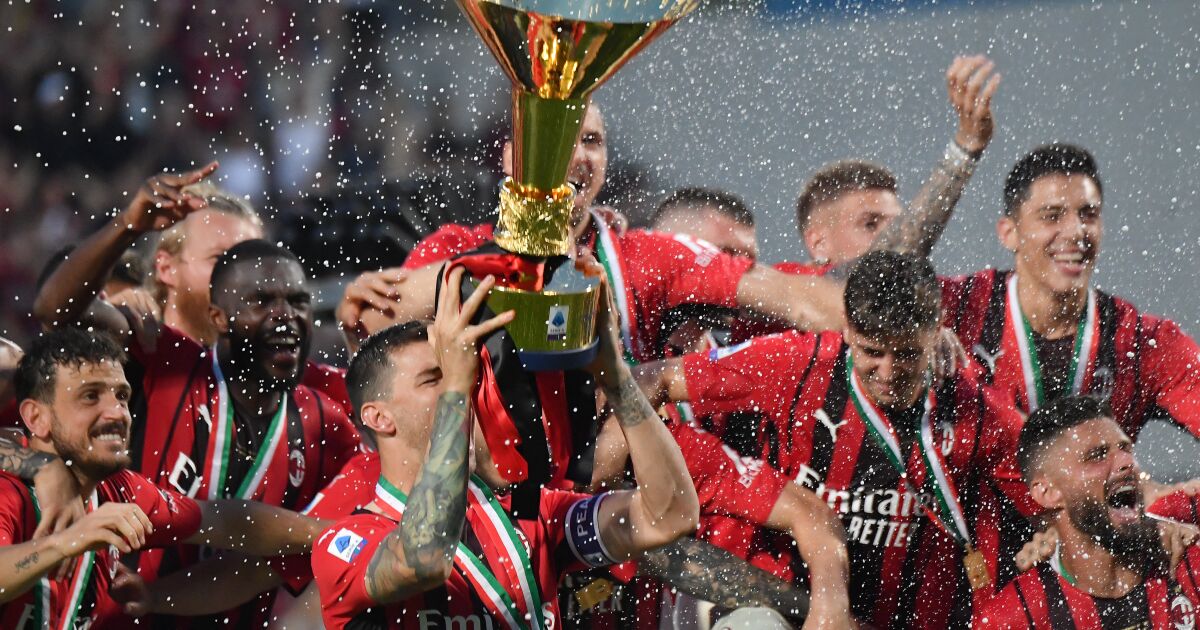 They arrived leaders to this last day, with two points of advantage over Inter Milan (2nd), who did their part of the job by winning 3-0 against Sampdoria this Sunday, but the victory of their neighbors prevented them from retaining the title in Italy.

My players are real phenomena

“My players are true phenomena. I am happy for them, for myself, for my coaching staff, for the directors, for the fans and for everyone at AC Milan, who deserve this Scudetto. We deserve it for our work and for having always believed in it“, coach Stefano Pioli told DAZN.

“My players never gave up. They have all been fantastic, including those who have played less, who have always been there,” he said.

Milan made it very clear from the start that they were not willing to waste this opportunity. Frenchman Olivier Giroud, assisted in both cases by Rafael Leao, put Milan ahead in Reggio Emilia with a brace (minutes 17 and 32), and shortly after Ivorian Franck Kessié extended the account (36), also with a pass from Leao.

That made Inter’s goal impossible, as they played at the Giuseppe Meazza stadium in the Lombard capital at the same time and got their goals in the second half, through the Croatian Ivan Perisic (49) and the Argentine Joaquín Correa (55). , 57).

Those Inter goals came when Milan was already winning 3-0, so the ‘tifosi’ celebrated them, but knowing that they were not going to allow their team to be champions.

AC Milan closed their season with an impressive final sprint of 16 games in a row without losing and with a single league defeat in the second round of the championship.

When the Milan won its previous title in Serie A, in 2011the club still belonged to Silvio Berlusconi, the man who held the reins of the entity for 30 years (1986-2017) and who had great times that made history, with leading figures: Paolo Maldini, Marco Van Basten, Andrea Pirlo , Ruud Gullit, Frank Rijkaard, George Weah, Andrei Shevchenko…

explained the unexpected twist between Homelander and Soldier Boy