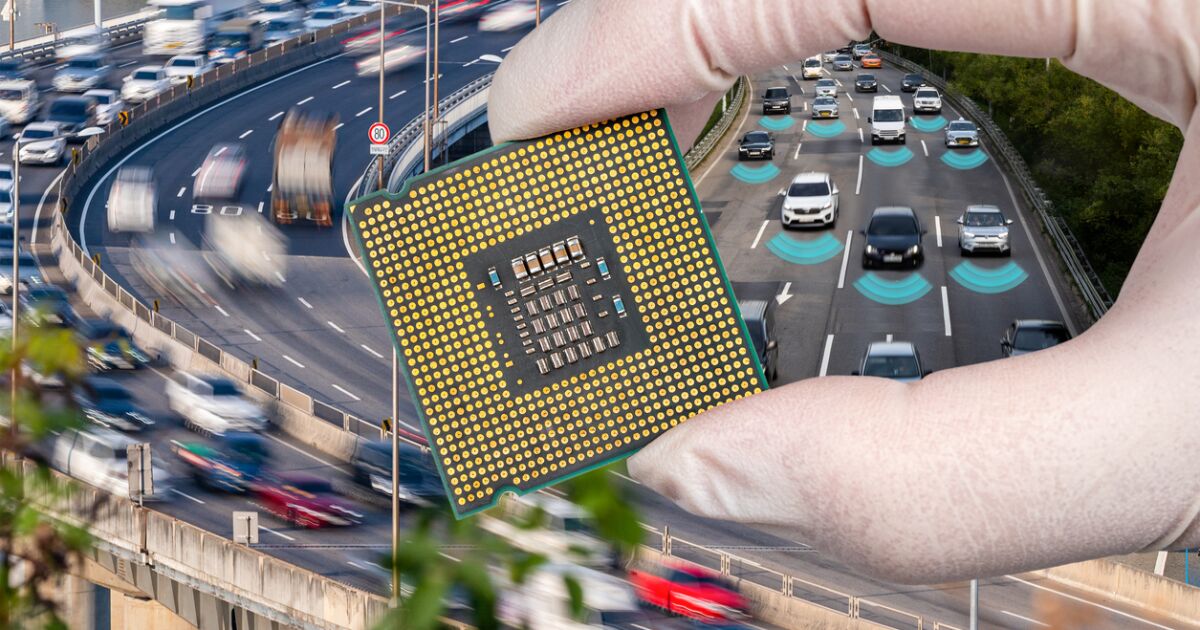 Before the pandemic, TSMC supplied 80% of the semiconductors that other companies used to make the chips that go into motors, infotainment screens, doors and even some tires. So when the Taiwanese manufacturer decided to take a backseat to automotive chips, it triggered a supply crisis that dragged on throughout 2021.

During the fourth quarter of last year, TSMC’s revenue increased 5.7% quarter over quarter, “supported by strong demand for our industry-leading 5nm (nanomillimeter) technologies,” the company detailed in its latest quarterly report. . “By platform, smartphone and HPC (high-performance computing) accounted for 44% and 37% of net revenue respectively, while IoT (internet of things), automotive, DCE (consumer electronics) and others each accounted for 9%, 4%, 3% and 3%,” the report says.

Intel broke ground on two factories in Arizona on September 24, 2021, as part of its plan to regain its lead in chip manufacturing by 2025, after falling behind rival TSMC. The new plants will also be the first that Intel builds from scratch with space reserved for outside customers.

The company has long made its own chips, but its turnaround plan calls for taking on jobs for outside clients, from cellphone makers and companies that offer cloud storage services to car builders.

Hyundai announced at the end of last year its intention to produce your own semiconductors with the aim of reducing its dependence on external suppliers.

But getting these new plants up and running will take at least two years, so analysts expect the shortage to last several more months. “We believe that this semiconductor problem will be with us for another 18 months… It will be until mid-2023 when the flow of chips reaches the vehicle plants normally,” says Vildozo.

Meanwhile, inventory of new models on sales floors will continue to be limited, high prices and waiting lists of two or three months will be the common denominator in practically all brands. Perhaps only the Chinese, which have managed to get their hands on chips, have a higher inventory flow during the first half of the year.

“The demand does exist, what there isn’t right now is product,” adds the analyst.