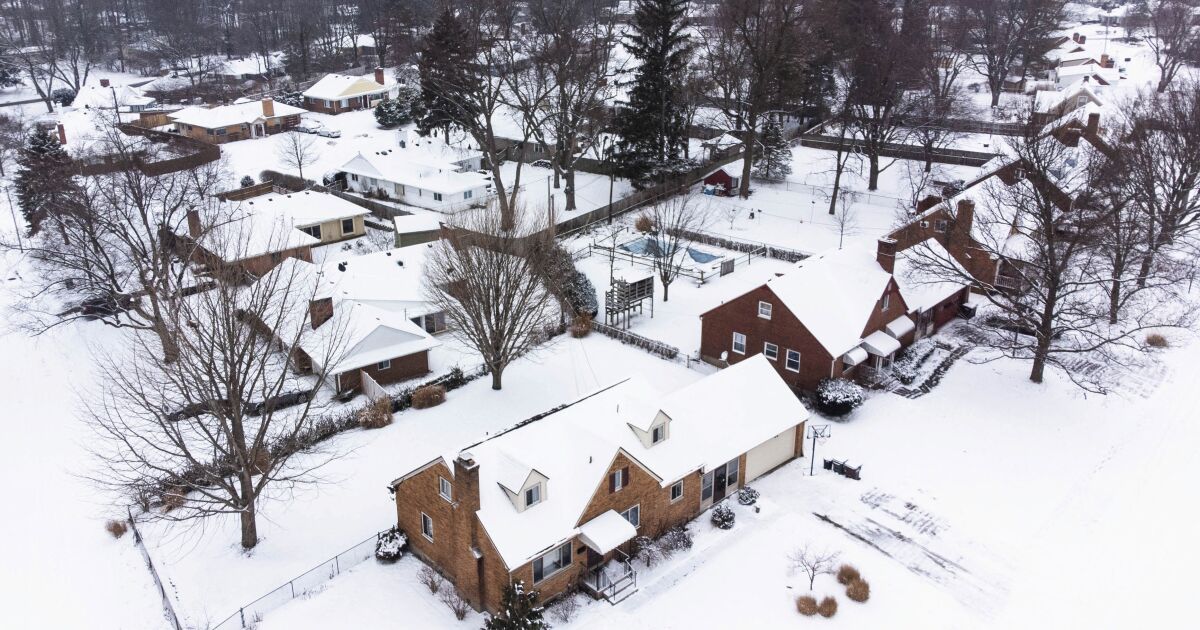 Transportation has been seriously affected with thousands of flights canceled and a section of Interstate I95 closed in North Carolina.

Nearly 1,600 flights into, to or from the United States had been canceled as of midday Monday, adding to 3,000 cancellations the day before, according to monitoring site FlightAware.

Charlotte Douglas International Airport in North Carolina was the hardest hit, with 1,200 flights cancelled, more than 90% of scheduled trips.

The National Weather Service (NWS) said it will “slowly decrease in wind intensity” but snow will continue to fall into the evening in upper New York and New England.

The heaviest snowfall, 2 feet 2.5 inches, was recorded in Ashtabula, Ohio, the agency said.

“Significant impacts from snow, ice, wind and coastal flooding will continue across a vast area,” the NWS warned in a tweet.

The storm generated tornado damage in Florida, while in the Carolinas and the upper Appalachian Mountains, weather conditions caused concern.

Powerful winds toppled trees and caused flooding, with a storm surge of 3.6 meters reported in Boston.

In Canada, a good part of the provinces of Quebec and Ontario continue to be affected by the snowstorm or with a strong wind warning, according to the website of the government of that country.

Eight little-known corners of the world, as beautiful as they are disturbing, that seem from another planet (and that can be visited)