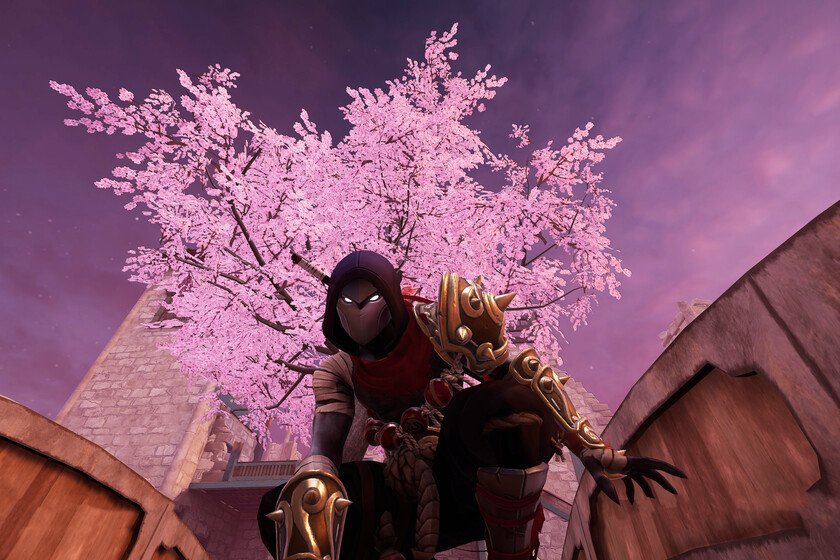 A few weeks ago I brought you my first impressions with Aragami 2, a sequel that comes five years after its predecessor and that aims to set the bar high. What I was able to test was a three-hour preview in which I appreciated some mistakes like the controls or optimization, but I bring you good news, the final version of the game has managed to polish all those aspects and they have managed to create a promising stealth game with an immersive experience and an adventure that It will hook from start to finish.

Developed by the Spanish studio based in Barcelona Lynx Works, Aragami 2 expands on what has been offered in the past and strengthens it with better graphics and additional, albeit challenging, combat options in an extensive single or multiplayer campaign.

The concept of Aragami 2 is pretty simple. In this game you take on the role of an assassin capable of controlling the shadows, using a group of skills to eliminate the targets and complete missions in a set of small but open maps. The mission system becomes some orders that you can take within your village on a mission board, a la Monster Hunter, and you can enjoy longer levels compared to the first installment. However, despite expanding and offering new locations and enemies throughout history, the setting ends up being somewhat repetitive and it does not refresh enough in its gameplay.

The story of Aragami 2 takes place 100 years later of the events of the first installment, but it is not based on the same story, but chooses to tell a different one with a new character. You take on the role of a masked assassin who joins a clan that has been tainted by a supernatural affliction that eats away at the body and mind, and while it sounds interesting enough, I didn’t linger or focus more on the story as it seemed to me banal and boring.

On the other hand, despite being a direct sequel, there is enough space between this game and the first one, so you can play this game calmly. without testing the original. Once the mission system and the story are explained, the game basically boils down to the fact that you have to accept a mission, you teleport to the location through a portal, complete a series of objectives, you earn rewards and you advance in the story.

Once you accept a quest, it will teleport you to a place that looks like some kind of miniature sandbox, full of buildings, interactive objects, enemies and even some objects to loot along with some hidden collectibles. Your task will be to fulfill certain objectives, however, the game does not mark them for you from the beginning, but rather fomenta exploration so that you become familiar with the whole environment and when you are close to said objective its location appears.

Face each mission can be done from two ways: taking your time, using stealth, evaluating the environment, planning your attack and executing it with precision, always taking into account hiding each corpse so as not to attract much attention; or the other way is being more aggressive, using your skills and fighting without staying in the shadows.

In the end, the fun thing about this game is that every time you face a mission, you can do it practically how you want and how you see fit, since Aragami 2 will give you freedom and options both in terms of movement and stealth. Movements sometimes they are not entirely accurate What is really missing from a stealth game, let me explain, the action-reaction of the character sometimes does not quite match the adrenaline of the moment, and it is possible that you expose yourself longer than necessary and be discovered .

On the other hand, when I covered myself on the wall or hung from a ledge, I have had movement problems due to fault of the camera, having to break away and try again. Something similar has happened to me when I wanted to go up on a roof, but it did not give me the option, having to jump through the air and catch myself practically juggling.

At preview, the AI ​​looks like robotic and simpleBut don’t be fooled, the enemies are smart, strong and will continually patrol down an invisible lane. The important thing is to visualize each route, use the dark vision to discover all the enemies that are around you and, in this way, start making decisions in the best possible way. The scope of your vision is deceiving, though always you must go crouching and in the form of stealth so as not to attract their attention, since if you face them sometimes it seems that they have eagle eyes.

However, it is possible to approach from the side to kill him or to throw yourself suddenly from a roof and nobody notices. If they’ve seen you, they’ll run to you to start a combat doomed to failure, but if you hurry, Aragami 2 allows you second chances and you can hide or throw smoke bomb to get out of that predicament.

READ:  Forza Horizon 5 developers are very excited about the freedom of their track builder

The first installment was purely stealth, which is now surprising that with Aragami 2 you can familiarize yourself with a very similar combat soulslike with Sekiro influences, becoming something really challenging. My main advice is that you do not get into combat and put it completely aside, as it is quite difficult and depends on big timing, of the place and that several enemies do not appear at the same time, although at the same time it is also very rewarding.

You can hit, block, dodge and counterattack And once again, everything will revolve around the resistance of both your character and the enemy. In the end, combat becomes a last resort that does not satisfy your needs at all and at that moment you will begin to miss be hidden in the shadows.

The game maintains some imaginary control points, which enables the power to advance as much as you want while killing enemies, but allows you to be eliminated once, having a second chance to start over. The reset is from the beginning of everything, not all the eliminated enemies respawn, but the gold or the collectibles do remain in place. This gives peace of mind because it does not punish too much and gives you the option to rethink that strategy that at first seemed to be good and ended your life. Of course, do not go crazy in running a lot to advance, be just as patient and calm, in the end you will appreciate it.

Both the stealth part and the combat part are strengthened thanks to the acquisition of new skills that are achieved by exchanging with the points obtained by leveling up. These skill points are spent on a power-up tree that make your character become a much more powerful assassin and stealth becomes a lethal weapon, as you can unlock unique movements such as whispering to attract enemies around you and end their life easier or become invisible for a short period of time. In the end, these skills are what give more versatility to your character and it allows you to do certain tricks that give more action and fun to the game.

These skills are unlocked in the Dojo that is located in your base, a city that apparently feels alive, but that seems practically empty to me and does not encourage you to enjoy it, but to do the two steps of the moment and go back to join another mission, like this continuously. Within the city you can also buy consumables, either life or defense, some objects that complement your escape such as smoke bombs or different armor and weapons that are purely aesthetic. When you have advanced considerably, you will unlock the Kabuki Theater where you can buy dyes for your equipment or make your own if you find the schematics first during the missions.

A graphic enhancement and unique style

Compared to its predecessor, Aragami 2 has squeezed its potential and has created a unique visual style, which is appreciated in the character design and in the environments with a good shading approach and a lot of customization. When your character is in places where he cannot be discovered, he darkens the edge of the screen To create a more closed and intimate environment, keep this in mind so as not to make hasty decisions. Also, another way to know is the change in color of your armor that takes on white edges.

However, the setting becomes a bit monotonous and repetitive, since more variety of buildings, locations or enemies is missed. Also, the stealth assassination animation is sometimes a bit orthopedic, leaving bodies floating in the air or even on their knees. The game does not require very powerful requirements to play, in fact, the minimums are a GeForce GTX 650 or equivalent, which I have managed to enjoy a game at 4K 60fps with good performance and optimization, admiring every landscape and every little graphic detail.

Aragami 2 goes beyond its predecessor

When I first tried Aragami 2, I was not convinced by different aspects and some unpolished details that made it a clumsy and boring stealth game, but in the final version of the game it I have enjoyed like never before and I have been able to know the essence of stealth, and that I am not usually very patient. This installment has grown and goes beyond its predecessor with the incorporation of some mechanics such as the depth of character customization or the combat so challenging body to body.

I have doubts with cooperative mode, since I have not had a chance to play it, but that mode adds a more unique and radical experience to the game compared to the single player campaign. The controls have been improved, but they remain imprecise at times and the combat is quite difficult, although they are minor problems in an immersive experience. Aragami 2 manages to be an action and stealth game that will satisfy the fans of this genre and will attract new players to the franchise. It’s available now for PC on Steam and also on Xbox Game Pass, so those with access to the subscription service have little reason not to give it a try.