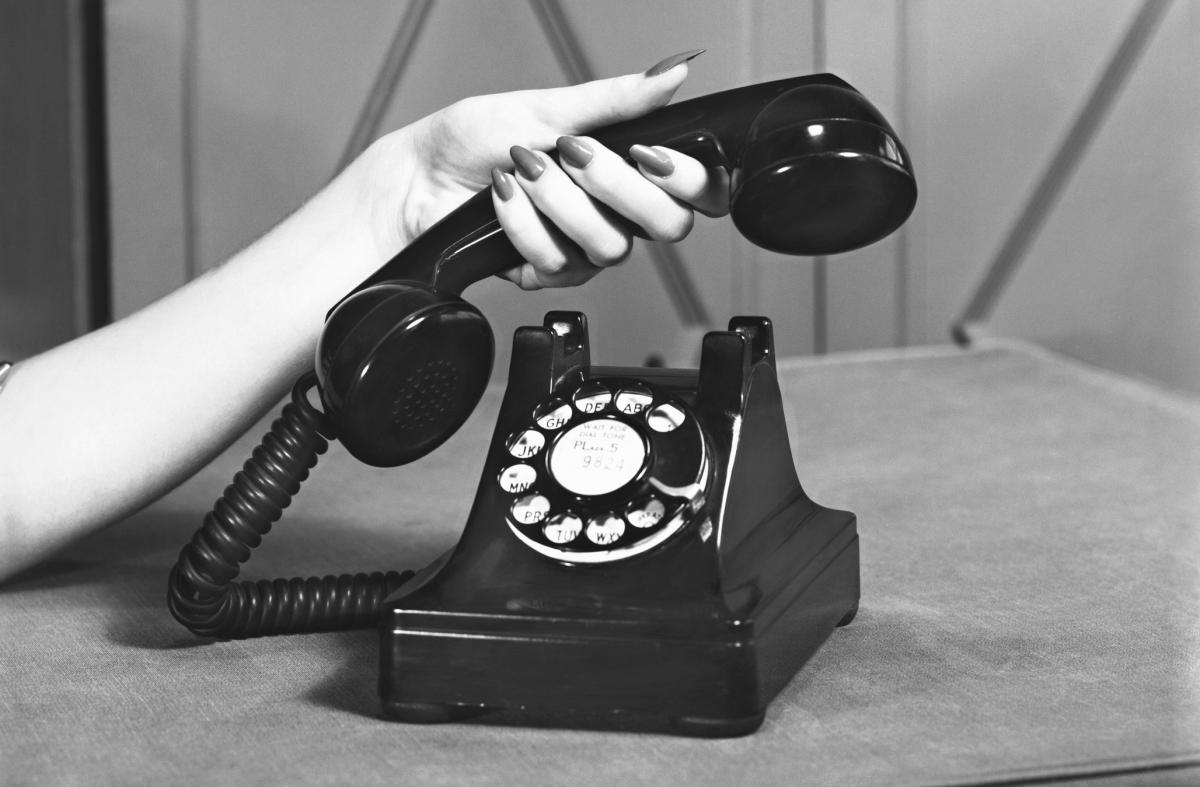 Nearly 70 years ago, an executive at a small phone company perfectly described what we now call a smartphone. A true visionary.

In 1953, phones of the time they had the shape that you can see in the opening photo of the news.

Were fixed telephones where you had to dial the number in a day. Direct communication did not even exist: you were talking to a switchboard operatorwhich physically connected some cables so that you could contact the recipient.

hard to believe that 69 years ago someone could describe a smartphonewhich is such a different device, with total precision. This was the case in a short column in The Tacoma News Tribute, published on April 11, 1953 and discovered by OpenCulture. You can see it here:

The news already starts with a foreboding headline: “In the future there will be no escape from phones“. Impossible to define more precisely and fewer words, what happens 70 years later with mobiles…

In the news they ask the president and director of the telephone company Pacific Telephone & Telegraph, from San Francisco, what will the phone of the future look like.

Mark R Sullivan Give your prognosis. Let us remember that in 1953 there were only fixed telephones associated with a switchboard, and used mainly by public centers and companies. Only people with high incomes could afford to install a telephone at homefor the entire family.

The computers of the time occupied an entire room, chips did not yet exist, and the first mobile phone was not launched until 197320 years later. The first modern smartphone was the iPhone, which has just turned 15 years old. It premiered in 2007!

These are some of the best phones that are equipped with the Snapdragon 888, Qualcomm’s best chip to date.

Mark R. Sullivan describes the phone of the future like this:

“In its final development, the telephone will be carried by the individual, perhaps as we wear a watch today. It probably won’t require any dial or equivalent, and I think users will be able to see each other, if they want, while talking.“.

In just two sentences describes an individual mobile phone, with a touch screen, and even predicts that it will not only serve to make calls… also video calls!

Sometimes due to chance, and others due to simple inspiration or stubbornness, many technological inventions have ended up being used for things very different from their original purpose.

Today it seems obvious to us, but in 1953 concepts like video calls on mobile, touch screens, or a mobile with a screen in your pocketwas pure science fiction that the technology of the time could not dream of.

Mark R. Sullivan goes further, and even describes Google Translate: “Who knows“, he emphasizes, “but the phone of the future may actually translate from one language to another“.

It is surprising to discover how this telephony professional is capable of viewing Concepts as specific as video calls or the translation of conversationswhich in 1953 no one had associated with a telephone.

He has reminded us of another visionary, the writer WL George, who in a 1922 newspaper described chow would the world be in 2022… and he got almost everything right!

We tend to think that each technology belongs to its timebut surely it will have been dreamed or described by others, decades or centuries before. The great merit is turning those dreams into reality.