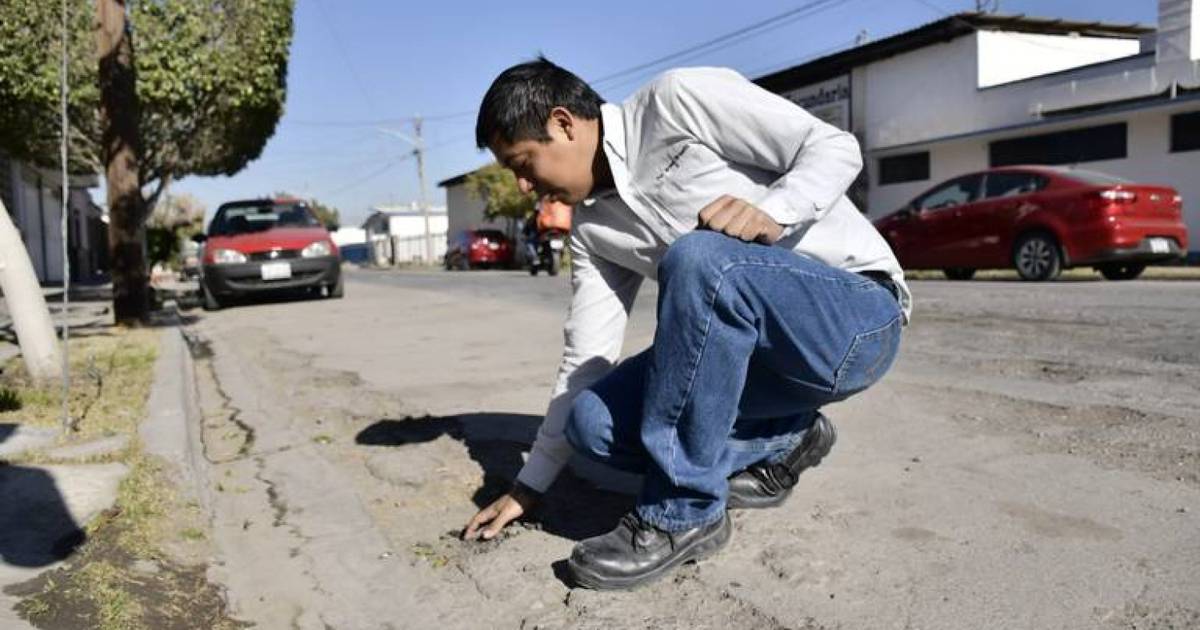 The potholes They are one of the most recurrent problems on roads, due to the quality of the asphalt, the influence of the environment or the lack of maintenance. But a student of Mexico set out to end this problem, creating a pavement that regenerates automatically with water.

Israel Antonio Briseno is the name of the 25-year-old inventor who called his project Paflec (acronym for Flexible Pavement Capable of Regenerating). The material he used to create it is car tires.

He began working on it when he was a student at the Autonomous University of Coahuila, on his thesis to graduate as a Civil Engineer.

This is how the Paflec of Israel Antonio Briseño works

When the element and water mix, a chemical reaction takes place that regenerates it, Briseno explains.

“It is a powder, an additive that is added and mixed into the asphalt to prevent potholes,” said the inventor in a conversation with the Mexican portal El Sol de la Laguna.

“It has the ability to absorb water and regenerate cracks. Thanks to that, it can make the pavement have more years of useful life.”

“The asphalt layer is spoiled by water. So, I was inspired there, I turned the greatest agent of degradation into a recovery agent”, says Briseño.

“Originally the project was my thesis, but I saw that it had the potential to help many people and I decided to undertake it”.

Briseño worked on his project since 2017, earning in 2021 the recognition of Citizen of the Year by Grupo Salinas, and the prestigious award James Dyson – Mexico.

Currently, he is testing his invention in the towns of Francisco Ignacio Madero, Coahuila, and Camargo, Chihuahua.

The Paflec de Briseño seeks to be definitively approved by the National Body for Standardization and Certification of Construction in Mexico. In addition, he would take him to the Secretary of Communications and Transportation of his native country.