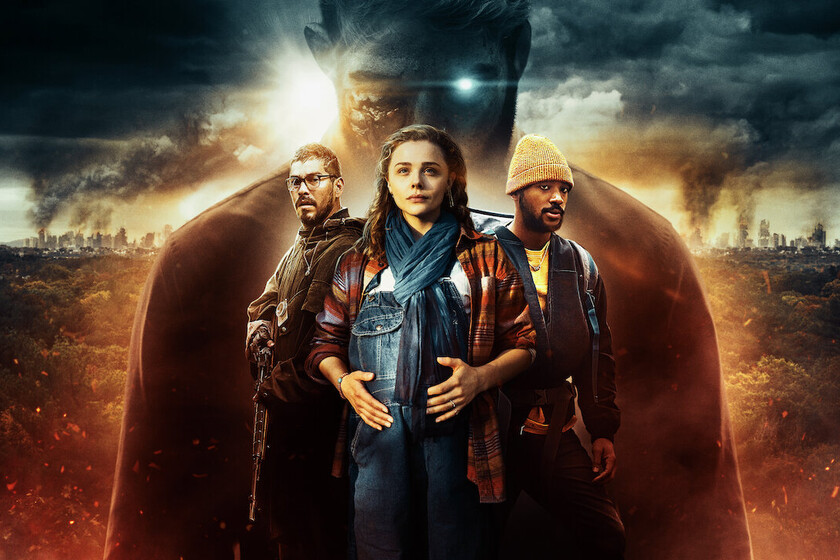 The great film premiere of Netflix for this week is ‘El páramo’, but in Spain we also get ‘Mother / Android’, a post-apocalyptic sci-fi thriller that can be seen in the United States on Hulu. Therefore, it is not an original production of the platform, but it is almost better that it be so, because we are facing a fairly fair film.

And is that yes Chloë Grace Moretz He surprised us recently for the better with the very entertaining ‘Hidden Passenger’, here we would have to talk in any case of the opposite, although, being fair, his performance, without being anything of the other world, is of the little redeemable of a film with a striking and stimulating starting point that then unfolds in a very unsatisfactory way.

A poor bet on the emotional

‘Mother / Android’ is the story of a couple who are trying their best to find refuge in a world where androids have rebelled against humans and in a few months they control most of the United States. To complicate things a bit more, she is pregnant and it is a matter of days – or even hours – before her baby leaves the womb.

Mattson tomlin, screenwriter and director of ‘Mother / Android’, thus had several possibilities when approaching the story and opts to give more weight to the emotional part. The first problem derived from this is that it is very difficult to empathize with her two protagonists, both because of the fact that she ended up completely ignoring those doubts that she seemed to have about being a mother before the androids rebelled, and because of the fact that Moretz and Algee Smith did not arrive. to never have the necessary chemistry for us to get involved with them.


That will become more and more evident as the minutes go by, reaching its peak during his very forced final act, where any credibility that ‘Mother / Android’ might have is blown up looking to achieve a dramatic impact that ends up being nothing. Partly because of the disbelief that everything that surrounds what happens, but it is that moments before some questionable script decisions had been made at least. Incomprehensible that this happens when it could have had tremendous strength as soon as Tomlin had worked better on certain details.

Said in the clearest and most direct way: ‘Mother / Android’ Fail with crash on the more human side of history. There are small moments in which enhancing the intimacy between the two it seems that mediocrity is going to be abandoned, but those sparks never light the flame, and also lead to what could make the film unique remains more like a background element for the benefit of an erratic exploration of motherhood.

Read:  Shang-Chi could be the worst Marvel Studios premiere

Not everything is bad


It’s a shame that happens, as ‘Mother / Android’ offers her best face when she gives more space to that external threat, flirting with the possibility of a world straddling the Wild West and the Skynet Rising.

That even leaves us a little joy around the hour of footage with a sequence in which Moretz has to carry out what seems like an almost impossible mission. There is tension there, with Tomlin gradually increasing the sense of danger through efficient staging work, and everything gets better as he progresses. The problem is that it is still a small oasis before everything loses a lot of sense and sinks without remedy.


That leads to surprises along the way are more likely to be potholes that are hard to justify, which also reduce the effectiveness of the universe that Tomlin presents, since there are critical aspects that are taken for granted without one being able to grasp anything that is not a mere “just because.”

What’s more, in the visual it leaves an instant that can take the viewer out of the lethargy in which he is, but overall it is somewhat monotonous. The use of muted colors makes sense with the situation it poses, but the feeling remains that there was no budget to conceive everything on a more ambitious scale and that Tomlin is content to try to make very specific situations catch the eye of the beholder. However, there surely enough has been achieved with the tight budget that ‘Mother / Android’ must have had.


‘Mother / Android’ is the first disappointment of the year, since it had ingredients to be a much better and more interesting film than it has been. And it is that it may raise some juicy idea for the viewer to reflect on it, but it will not be because we have seen any type of succulent development here. A pity that Tomlin has not been able to convey in a more stimulating way a story based in part on his own experience.

of Spanish design and with homage to its emblem as heiress

The Division Resurgence Announced For Mobile