a simple gala in which ‘The Crown’ has triumphed 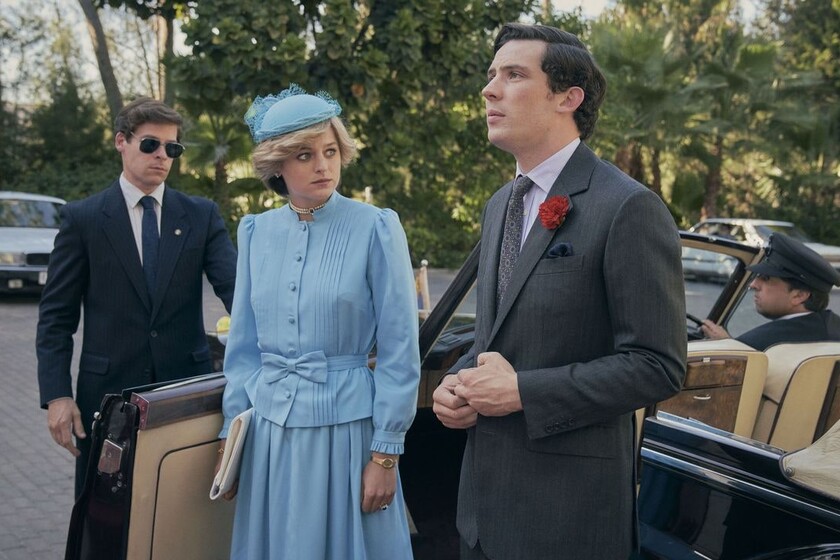 Last year the gala of the Emmy Awards we had to enjoy it virtually, but this year the red carpet has shone as always and these awards have returned us to a normalcy that we miss so much.

Remembering that everyone had to show up vaccinated to attend, as it happened at the recent MET gala, the night has started with a red carpet in which the memes have not been lacking, especially about when Elizabeth Olsen has appeared on the scene.

all seeing Lizzie Olsen in the #Emmys pic.twitter.com/BaI3JLgyR5

The opening performance of the 2021 Emmys

The gala began with a performance in which many of the guests participated and that began in a joyful way the awards ceremony in which everyone has sung and danced from their tables (very much in the style of the Golden Globes).

It was the first Emmy of the night and it has been one of the most celebrated by its winner. Hannah Waddingham took the Emmy for Outstanding Supporting Actress in a Comedy for its role in Ted Lasso, although it already conquered us before the shout of “Shame” in Game of Thrones.

When Evan Peters took the stage to collect his Emmy for Outstanding Supporting Actor in Drama for his role in Mare of Easttown, surprised us with “thanks to Kate Winslet for being KATE WINSLET”. She has been essential for him to get his well-deserved award and Evans’s cry represents us, because we adore the actress.

Little Omar from The Wire is a character that will always be in our memory, and his interpreter, Michael K. Williams, an actor who deserved a tribute tonight after his recent death. Kerry Washington has not wanted to miss the opportunity to do so by presenting the Emmy award for which he was nominated, Best Supporting Actor in Drama. The award has finally gone to Tobias Menzies, but Michael K. Williams has been in everyone’s memory and heart.

24 years have passed since File X and her role as Dana Scully get Gillian Anderson to win the Emmy. It has now been his role as Tatcher in The Crown, and the British has thanked her representative who trusted her more than 20 years later. We adore the comparison of both awards that Netflix gives us.

Jennifer Coolidge took the stage to give us one of the best moments of the night by presenting the Emmy for Outstanding Lead Actor in a Comedy. In the style of your character in The White Lotus, the actress has made us laugh by congratulating the nominees for “overcoming the difficulties they will have had as men.” A wonderful and feminist presentation full of humor that has made the whole room laugh.

Read:  Hailey Bieber's braids are the hairstyle that we will see the most this summer and best of all, they take years away

Sarah Paulson gesturing to Jean Smart while laughing at Jennifer Coolidge who is glancing at Aidy Bryant is the moment we all needed. Someone will write. # Emmys2021 pic.twitter.com/MzjjlSyfc8

Debbie Allen and her feminist and diversity discourse

Fame costs and this is where you are going to start paying. The honorific award of the night has gone to the eternal Debbie Allen, the teacher Lisa Grant of Fame, who has received it while Ellen Pompello and Michael Douglas among others, interpreted his mythical scene with the cane.

An award that has served to remember her entire career and that she has wanted that serves to show the power of women and that “resonates from Texas to Afghanistan.” Definitely a moment to remember.

The mood of Anya Taylor-Joy

The screenwriter of Lady’s Gambit I only had nice words for the actress, and her face has been a moment worthy of memes.

The scriptwriter of Lady’s Gambit dedicating nice words to Anya Taylor-Joy and her blushing, he deserves.# Emmys2021 #Emmys pic.twitter.com/muqebqg3jj

We thought the night was ending without I could destroy you received the well-deserved recognition it deserves. Michaela coel He went on stage to receive the Emmy for Best Limited Series Screenplay thanking the screenwriters who write about subjects that make them uncomfortable and scary, as in his case. An award dedicated to all survivors of sexual assault, and an essential series.

That Mare of Easttown It is one of the best series of the year (if not the best), it is something that was already known, but the Emmy that has been Kate Winslet is the reaffirmation we needed and the award for a job in which she has shown a real woman. She has received it with enthusiasm and without forgetting her fellow nominees. “Women have to support each other” and ended with some lovely little hops.

He has a wonderful streak, but in his long list of awards there was no Emmy. Up to now. Olivia Colman’s surprised face upon receiving an Emmy for Best Actress in Drama will be a meme for the remains, and a mood that we will use a lot, for sure.

An emotional in memoriam

In this very complicated year in which so many lives have been lost due to covid-19, the in memoriam of the Emmy Awards has been especially emotional. While they sang only with a guitar and a piano, from home we were thrilled to see so many familiar faces pass by.

The Crown, the great winner of the night

Ted lasso has won the Emmy for Best Comedy and Lady’s gambit with the Best Limited Series, but the great winner was The Crown with seven awards. Without a doubt, the absolute protagonist of the night.