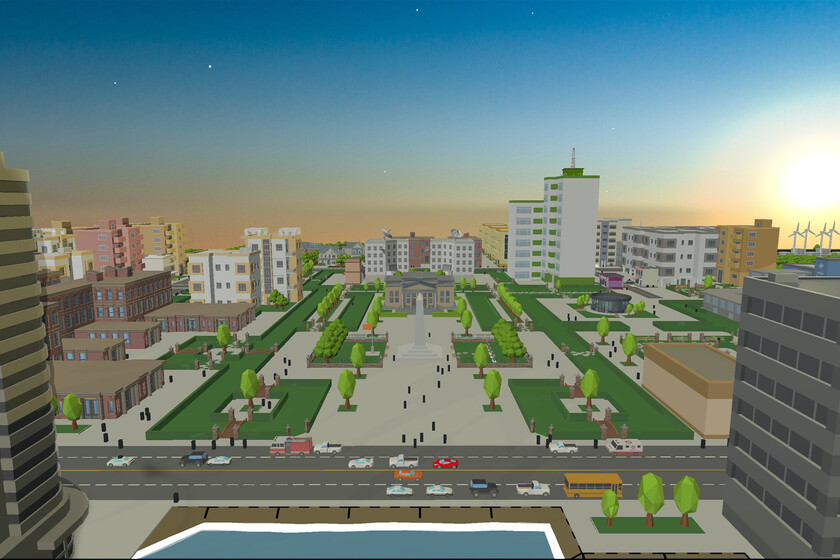 Silicon City puts you in a modern version of the retro city building simulators of the late 90s and early 2000s. As you see it, other games such as SimCity 2000, especially for its traditional elements.

So, if you enjoy games of this genre, you should know that Silicon City, developed by Polycorne, will be available in early access next October 14 on Steam, but you already have a demo to try it for free on the Valve platform.

This title has two game modes: sandbox mode, in which you can build and rule the city of your wishes without limits; and the story mode, where you build, upgrade and become a renowned mayor, if you are good at it. During its time in Early Access on Steam, the company intends to also include a multiplayer mode and a system of choice that allows him to be reelected in another city.

In addition, the game has created a panel full of details and elements for the administration of your city, from traffic management and the improvement of the electrical network to the preferences of your citizens. In addition, you must build a city starting from randomly generated land and improving its attractiveness by building houses and developing jobs to attract new inhabitants, commonly known as Silizens.


If you want to become a retro city builder and become a mayor that improves the lives of its citizens, Silicon City will surprise you. Its free demo is now available on Steam, and in just a few weeks, October 14, will be available in early access.

The variants of Covid-19 that predominate in Mexico and Latam